Cobblers boss Jimmy Floyd Hasselbaink has challenged his players to take their performances at Sixfields away from home as they prepare for Saturday’s trip to Southend.

“It’s a different challenge for us on Saturday but our approach will be the same,” he said,

“Playing away from home we might have to tweak our tactics a little bit but we want to play with the same energy and togetherness regardless of whether we are playing at home or away.

“We might have to be a bit more patient and we might come under some more pressure from the crowd being away from home but you have to embrace that.

“Every game in this league is very difficult, you have to be at it all the time and you can’t just turn it on when you want to turn it on.

With Shaun McWilliams (foot) and George Smith both unavailable for selection, Jimmy Floyd Hasselbaink was forced into making changes to the side that had recorded back-to-back victories in his first two games in charge. Yaser Kasim and Daniel Powell replaced the injured pair while Leon Barnett also came into the side for Aaron Pierre. Raheem Hanley, included in the matchday 18 for the first time in 2017, was named on the bench. Former Cobblers loanee Simon Cox started up front for Southend alongside Nile Ranger.

After a quiet opening Alex Revell powered a header just over as the Cobblers started to grow into the contest and they took the lead soon after, Leon Barnett turning in Yaser Kasim’s low corner.

Matt Ingram saved comfortably from Ranger and also made a good stop to keep out a powerful effort from Cox as Southend searched for an equaliser.

Powell saw a shot deflected behind following a good ball in from Chris Long before Matt Crooks doubled the Cobblers lead with a sweet side-foot finish from 20-yards, Kasim and Powell involved in the build-up.

Southend halved the deficit early in the second half, Jason Demetriou’s shot taking a big deflection to beat Ingram.

Almost immediately it was then 2-2, Anthony Wordsworth scoring the Shrimpers equaliser after picking up a loose ball from a headed clearance. Stephen McLaughlin then flashed a header wide as Phil Brown’s side had a chance to take the lead.

Despite being pegged back the Cobblers still looked a threat going forward, Revell heading over from a David Buchanan cross and Powell testing Mark Oxley in the Southend goal.

Southend ended the game the stronger of the two sides but the Cobblers stood firm to claim a point in Jimmy Floyd Hasselbaink’s first away game in charge, making it seven points out of a possible nine for the new Cobblers boss. The game ended with Matt Crooks being sent off after being shown a second yellow card deep into stoppage time.

Tickets are now on sale for the game at Southend United on Saturday.

We have been allocated an initial 1,000 tickets for this game which are on sale from Sixfields and ntfcdirect.co.uk.

Tickets in advance are priced as follows:

Tickets purchased on the day are priced as follows:

Advanced sales will cease at 4pm on Friday and any tickets purchased online or over the phone and not collected from Sixfields will be taken to the game for collection on arrival. They can be collected from the North Stand collection point from 1pm on Saturday. 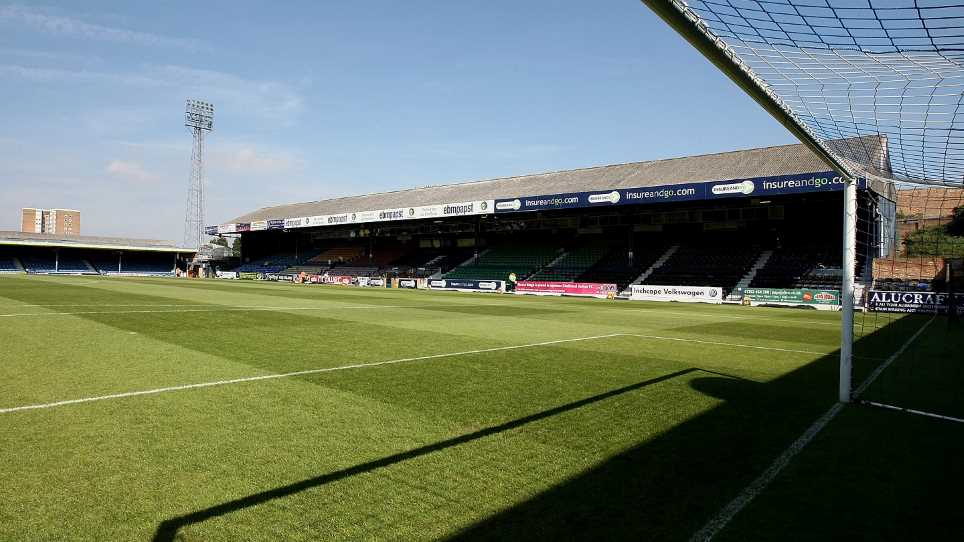 TICKETS ON SALE FOR TRIP TO SOUTHEND UNITED


Tickets will go on sale from 10am on Monday August 7th for the game at Southend United on Saturday September 16th.