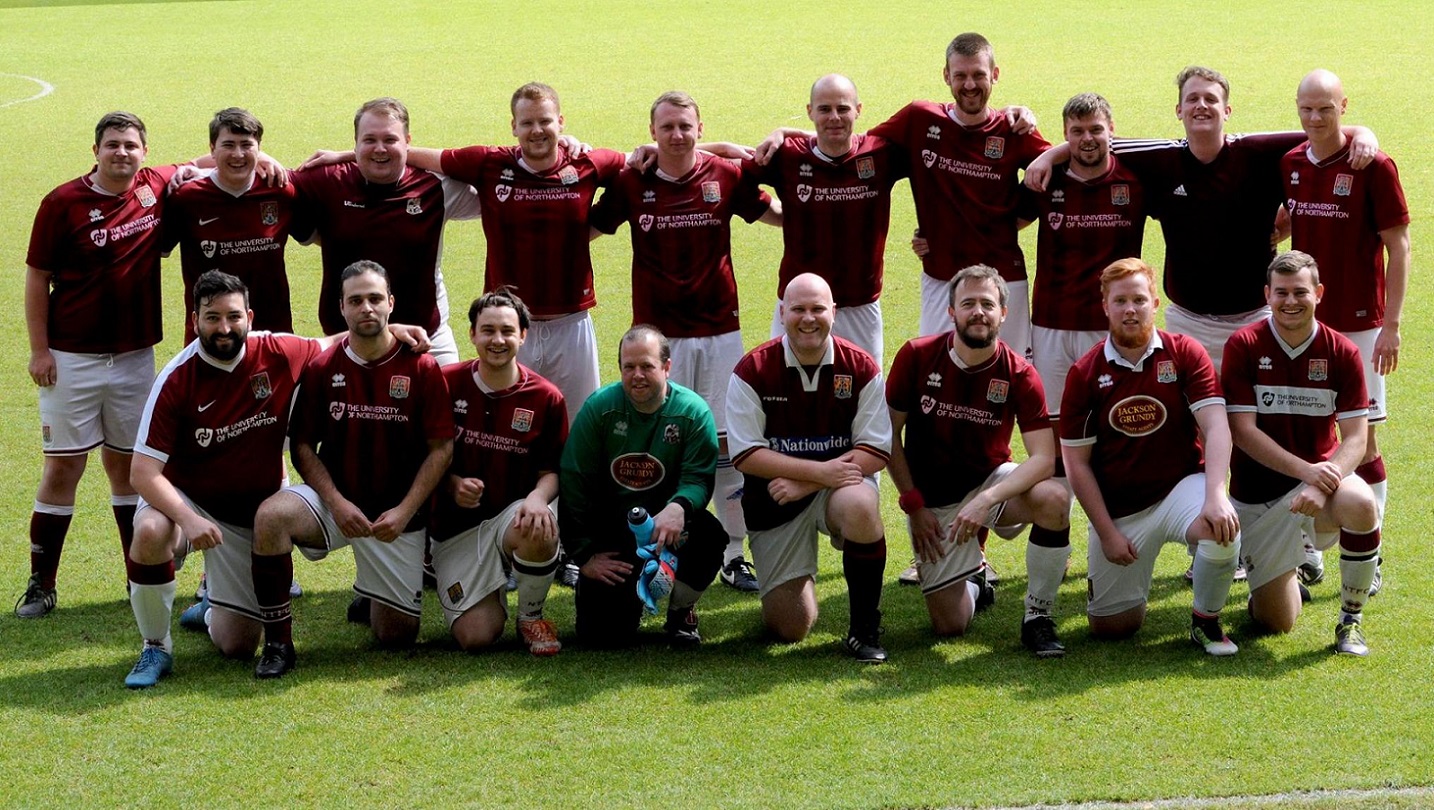 Want to play for Shoemakers NTFC and represent the Cobblers?

Shoemakers NTFC are the Cobblers Fans Football Team. Established in 2000 they play a number of matches each season against fellow supporters teams around the country. Fixtures are typically played on a Saturday morning, and where possible, mirror the game being played by the Northampton Town first team.

The fans team are looking to bolster their numbers. If you are a Cobblers fan, regularly attend home and away games, aged at least 16 years old and can commit to most Saturday mornings each month then please do get in touch via the contact section of their website www.shoemakersntfc.co.uk.

Fixtures are played as part of the IFA, which brings together, supporter based clubs from across the country. The ethos of this league is on enjoyment, sportsmanship and most important of all representing your club.

The Shoemakers NTFC are still looking for players, so please get in touch if you are interested via the contact section of www.shoemakersntfc.co.uk. You can also keep up to date with all the latest information with the club, by following @ShoemakersNTFC.