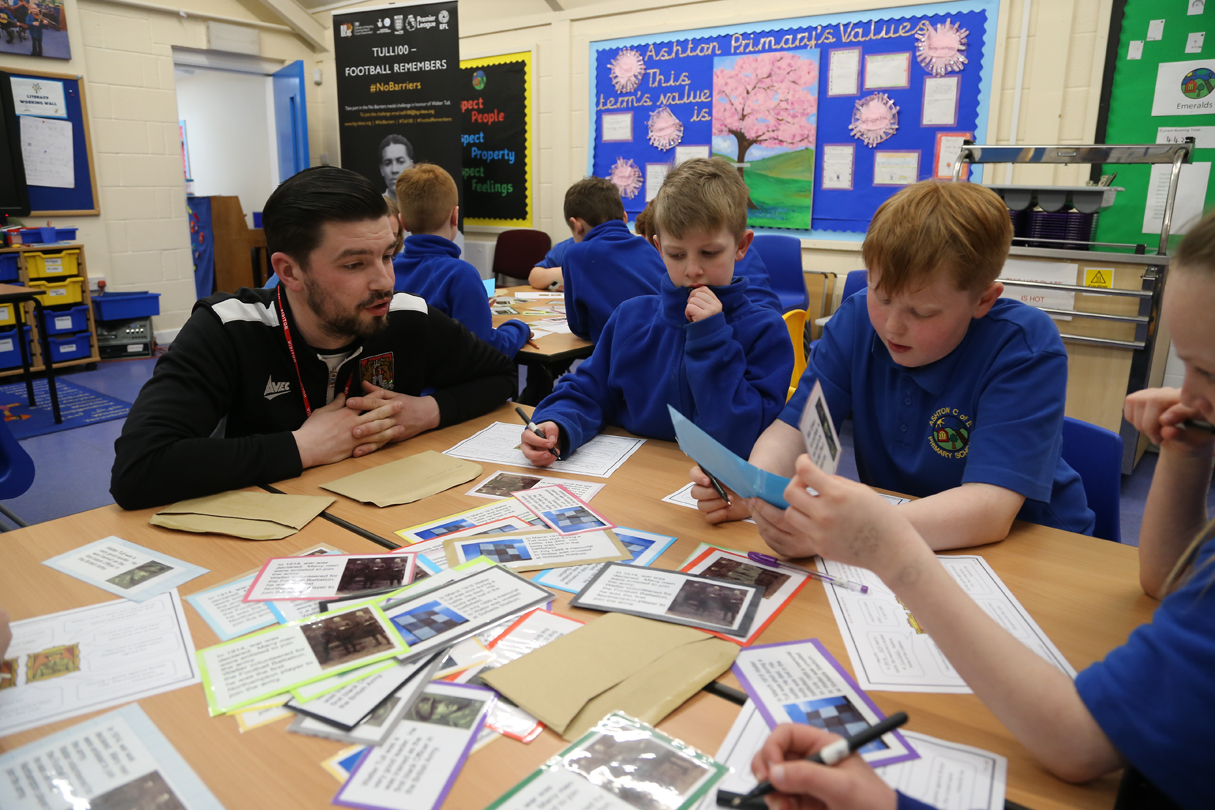 This is an exciting opportunity to hold a sports themed Northampton Town day at your school. Community coaches from Northampton Town's Community Trust will visit your school to deliver practical coaching sessions (not just football!) and classroom-based activities if required. These can include football themed active literacy and numeracy sessions which cover national curriculum objectives as well as Walter Tull workshops.

Learning outcomes: To increase active participation in sport. To improve skills and attainment, knowledge and understanding in reading, writing and maths. Days are aimed at a whole school or year group or sessions could be divided for different classes.

Themed events
Special themed events can be booked in advance to link to World Book Day, a World Cup tournament or the  Olympics.

Walter Tull workshops
Walter Tull was both a professional footballer player and a soldier during World War One. Walter became recognised as the first black officer to lead white British soldiers into battle. He played for Tottenham Hotspur and Northampton Town FC and has become a local and national significant figure. In 2018, the Premier League commemorated Walter Tull’s life on the 100th anniversary of his death in First World War. NTFC’s community trust was involved in the "Tull100" project. The central message, "No Barriers", seeks to counter discrimination by promoting equality and inclusion, regardless of race. Premier League Primary Stars produced resources for our community coaches and schools to support their history curriculum (a popular part of a year 6 topic around war) and Black History Month each October.