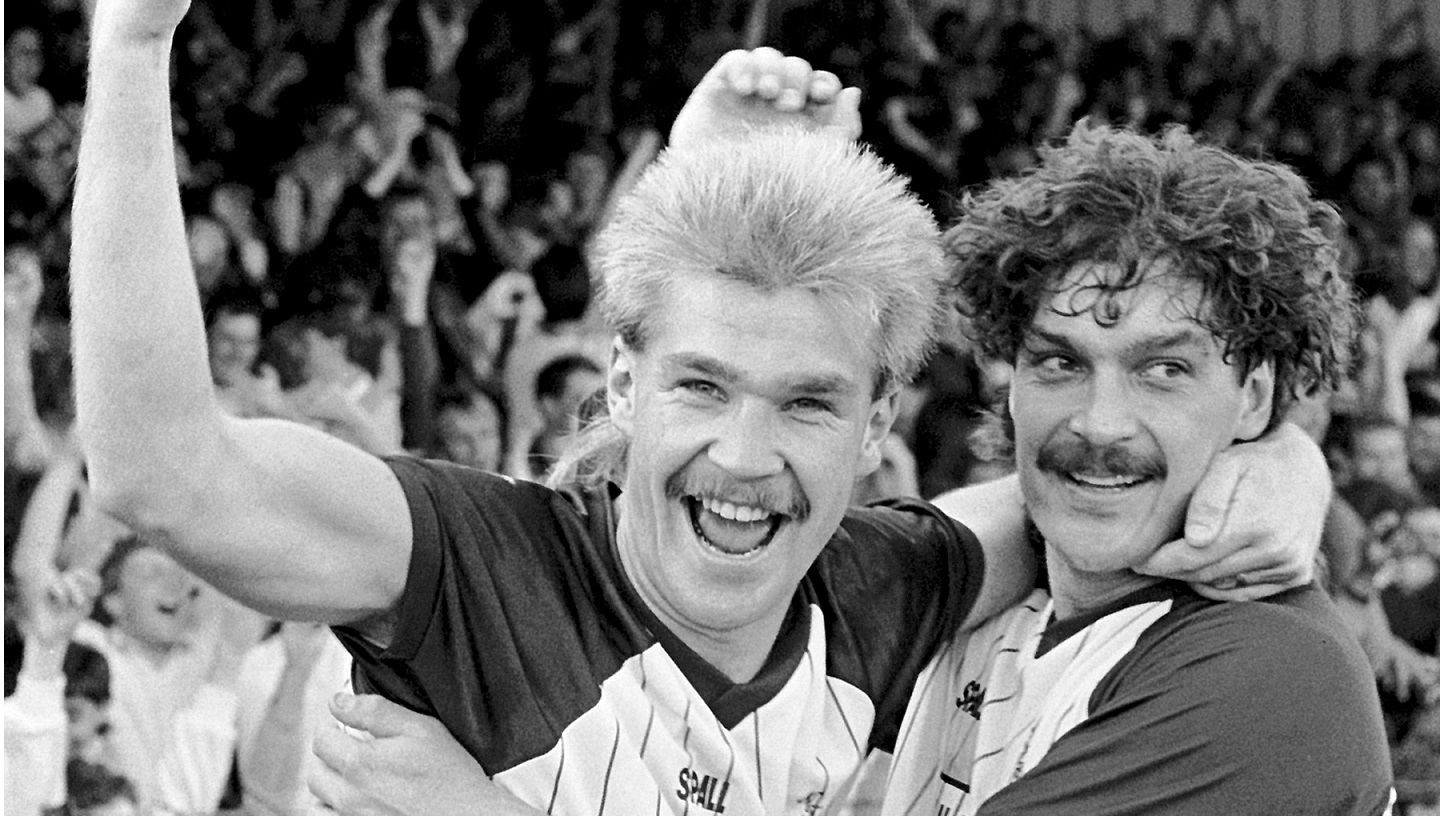 DAVE BOWEN
A real Cobblers legend. He managed the Cobblers twice, also holding many other positions within the club. He also managed Arsenal and the Welsh national side. Among his many honours while at Northampton Town were the Division 3 Championship and the Division 2 runners up spot, honours he achieved while leading the Cobblers up to the top flight of English football.

JACK ENGLISH
When Jack English Snr (Jack's father) was Manager of Northampton Town, it was said that son Jack used to make a nuisance of himself trying to play football with the senior players. It was to be a few years later that he became a nuisance to opposing defences! It took some time for him to settle at the County Ground. He left at one point but returned on a part time basis and that kick started his career. In all he scored 143 goals in a 13 year spell with the club.

TOMMY FOWLER
Tommy may never have played for Northampton Town had he not been wounded on active service in France. Tommy was on the books of Everton, and had played alongside Joe Mercer and Tommy Lawton in some war time games and had scored on his debut - a 9-0 win over Bury. While serving in France he was shot by a sniper and while recovering in Bedford, Tommy met Jack Jennings who invited him to join Northampton. He stayed 16 years and settled in the town, making 585 appearances for the club. Tommy is the club's top appearance maker. He finished his career with 2 seasons at Aldershot. He sadly passed away in May 2009.

CLIFF HOLTON
Cliff was a full back with his home town club of Oxford City, when Arsenal signed him and converted him to a centre forward. A tall, elegant player, he was also at home at wing half, he stayed 9 seasons at Highbury, netting over 80 league and cup goals and winning league and cup honours. Cliff moved on to Watford, breaking the individual goalscoring record, but left after a row regarding his business interests, and joined his old Arsenal team mate Dave Bowen at Northampton. Cliff scored a hat trick on his debut and ended up breaking the goalscoring record at Northampton as well. His stay was short and sweet, the travelling became too much and he returned to London via Crystal Palace. He netted over 50 goals in 3 seasons for Palace, before injury ended his career, aged 38. He died while on a golfing holiday in Spain.

JOE KIERNAN
Joe came from Sunderland, and after a period of settling down, he developed in to one of the finest left footed players in the club's history. He was linked with several big name clubs and even touted for a Scottish cap. Scottish sports writer Jim Leitch called him the "new Jim Baxter". When the club began to fall down the Divisions, part of the reason could have been that Joe struggled with injuries, having two cartilage operations. Joe was released in 1972, and the following season he helped Kettering win the Southern League Championship. Sadly passed away in August 2006.

FRANK LARGE
Frank was labelled "Have boots, will travel," due to the fact he played for so many clubs in his career. His first spell at Northampton was as a replacement for Cliff Holton, and he scored 18 goals in 20 games. He left soon after but returned in 1967 when the club needed his goals to keep them in Division 2, but he was soon off again when Leicester City wanted him to play in Division One. He returned for a third spell with Northampton when they had fallen in to Division 4, and although his goals never won the club promotion, he did hit one of the consolation goals v Manchester United in the 8-2 1970 FA Cup defeat. He sadly passed away in August 2003.

TREVOR MORLEY
A real crowd favourite in the mid 1980s, Trevor played a key role in the 1986/87 Championship winning side, captaining the side to their success. He moev on to Manchester City, and then West Ham and Reading, before becoming Player Manager of a local club side in Norway. Was voted in the Cobblers team of the Century.

PHIL NEAL
Irchester born Phil was something of a utility player at Northampton, playing in just about every position, including goalkeeper! A big money to transfer to Liverpool saw him really make his name, and he went on to a regular choice for England for many years. Since retiring, Phil has been a Manager and a coach on a few occasions, and is often seen as a TV pundit.

IAN SAMPSON
Ian initially arrived at the County Ground on loan in December 1993, before making a £30,000 permanent move from Sunderland the following summer. Before retiring from playing in the summer of 2004, Ian had become a Cobblers legend, making 449 senior appearances in the claret and white, placing him second in the list of appearance makers behind Tommy Fowler. A down-to-earth no nonsense defender, Sammo was a veteran of 2 play off finals at Wembley, and helped the side to 2 promotions in his 11 year career. He was promoted to the position of first team coach in 2006, and was appointed manager in October 2009 after the departure of Stuart Gray. He led the Cobblers to victory over Liverpool at Anfield in the Carling Cup in September 2010, but left the club in March 2011.