HALF SEASON TICKETS ARE NOW ON SALE! 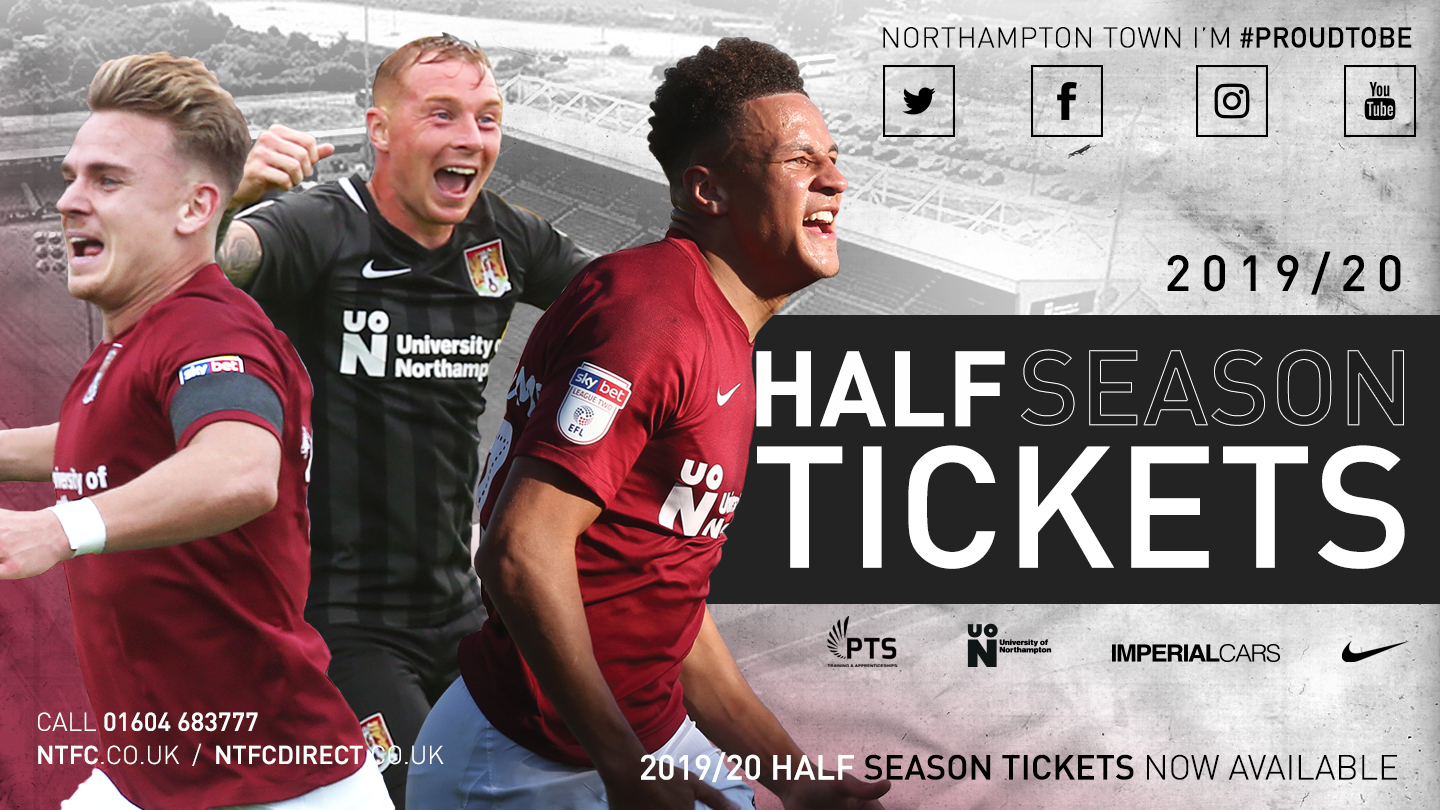 Northampton Town half season tickets are on sale now!

A half season ticket at the PTS Academy Stadium is the best way to reserve your seat for what could be a very dramatic and exciting second half of the season!

With Keith Curle’s side very much in the mix at the top end of the table and through to the third round of the Emirates FA Cup, as a half season ticket holder you’ll get to see the destiny of the Cobblers season decided and among the thrilling games coming up are clashes against fellow high flying sides Swindon Town, Exeter City, Colchester United and Bradford City. A half season ticket holder also receives all the benefits of a full season ticket holder including a full membership, your seat reserved for every home league game plus you get priority access for tickets for cup games too!

So, secure your loved one the perfect gift this Christmas (or even just treat yourself!) and guarantee your seat to be part of the second-half push as the Cobblers dream of glory!

Please note, a half season ticket covers every home league game from the Cheltenham Town match on December 29th to the last home game of the regular season on April 18th.

Secure yours now from ntfcdirect.co.uk