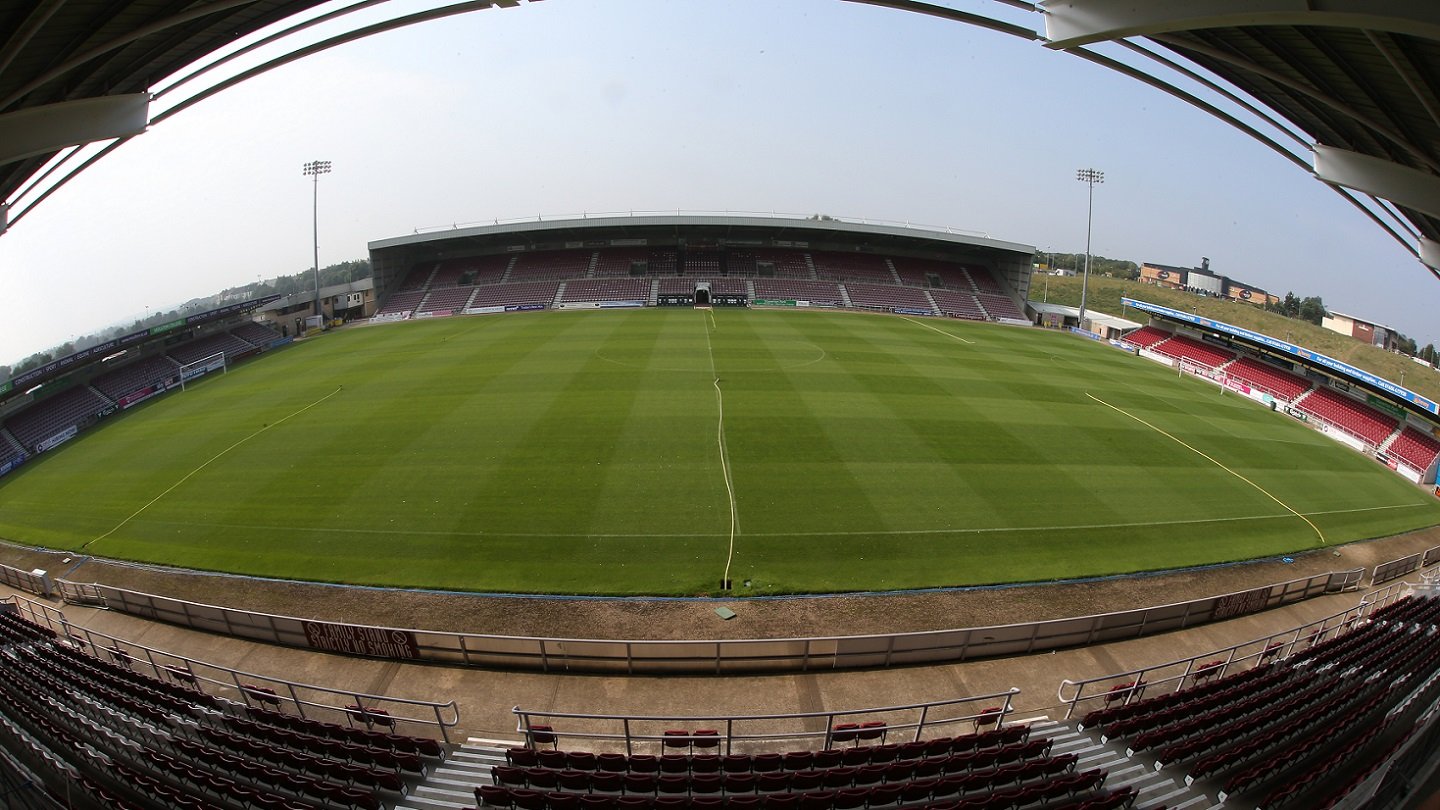 Ballast Nedam Construction Limited were appointed the design and build contractor for Northampton Borough Council's new Sixfields "Community" Stadium in December 1993. The design was carried out in close liaison with Northampton Borough Council and was completed in October 1994, the first match took place on 15th October against Barnet Football Club.

Sixfields Stadium can accommodate in excess of 7,700 seated spectators, with provisions for the disabled.

The main West Stand can accommodate 4,000 seated spectators and incorporates a glazed upper concourse for supporters with refreshment facilities. The ground floor includes changing facilities, provisions for First Aiders, Stewards and Match Officials, there is also a Supporters bar complimented by several Executive Lounges and a Restaurant.

Visiting supporters are situated in the Imperial Cars South Stand, if as occasionally is the case that the visitors require more than the capacity of this stand then a further 423 East Stand seats can be made available.

Northampton Town Football Club offices and the club shop are located in the South West corner of the stadium on two floors, along with the match control tower.

In July 2013 Coventry City Football Club agreed a 3 year deal to play their home games at Sixfields on a temporary basis, before they returned to the Ricoh Arena in August 2014.

The stadium is currently being redeveloped, and the East Stand re-opened to supporters in April 2016.

The stadium was renamed the PTS Academy Stadium in June 2018 and reverted back to the original name of Sixfields in July 2021.

From The South
Leave the M1 at Junction 15A and take the A43 towards Northampton. Continue straight on and the stadium will appear on the right.

From The North
Leave the M1 at Junction 16 and take the A45 towards Northampton. Continue straight on and the stadium will appear on the right.