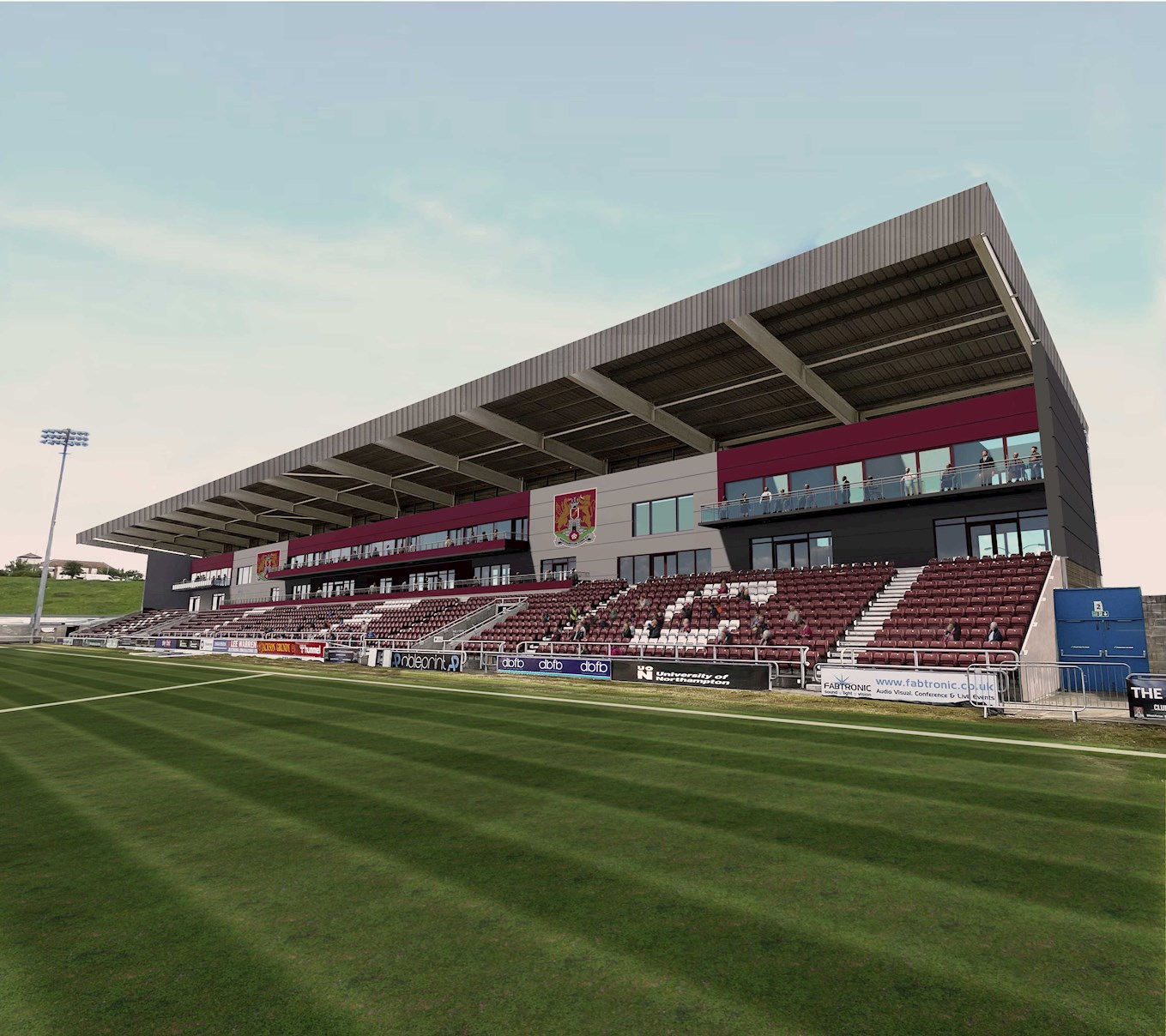 As we make progress, we wanted to share some of the designs, new CGI images and benefits for the football club. We also have a set of guiding principles which we will follow. The Council also have their own considerations which are agreed by the club.

It cannot be underestimated the challenges that have come along with this opportunity, and we accept the process has taken longer than everyone, including us, would have  anticipated, but in truth we feel this is not due to any one thing or any one person.

As guardians of the club, we have to take decisions that are in the short, medium and longterm interests of the club to ensure we protect the football club for future generations. We  take that responsibility very seriously.

When you add up the problems with the leases that were inherited, the CVA process, the current ground conditions, the politics of what went on before our ownership, the police  and council investigations regarding what went on before our ownership, the ownership itself of the stand, the change of local authority, and the COVID-19 pandemic to name a few  things, hopefully fans can understand a little more.

However, that all being said, we are positive about the direction we are heading and felt confident enough that a few months ago we were able to commission these conceptual images to show both the council, supporters and stakeholders what we are trying to achieve with the East Stand.

In terms of the East Stand design, over time we have researched and discussed in detail the various options including changing the overall design, improving what is there or knocking the whole structure down but following this research, the decision was taken to enhance the existing structure rather than major changes to the footprint. These decisions were  taken in consideration of both existing planning consents and return on investment for the football club. This will be the first time in the club’s history that pitch facing hospitality has been available to the commercial department and by adding boxes and hospitality areas in the stand this gives the club the ability to not only increase commercial revenue but also increase the value proposition for existing and new partners.

With the addition of the boxes and the increased hospitality areas this will also increase stadium capacity to slightly over 8,000, and while this is not a significant increase from the current capacity, the cost/return financial projections would not justify a major change to the structure at this time just to increase capacity. It was decided that any capacity increases would be more prudent at the North or South ends of the stadium and with this in mind we look forward to furthering discussion with The New Hotel End project being introduced by the fans.

It is well known we are also discussing a wider development opportunity with the new West Northamptonshire Council, formerly Northampton Borough Council, but we both have already agreed that the building of the East Stand will be completed before any other development takes place.

As with any major development project or the building of any stand it is always a fluid position and as we go through the process there will be further consultation with fans and  stakeholders about some more of the detail including things like naming some of the boxes and lounges with heroes of the past, what the concourse area should include, what the fan park could look like etc. and we very much look forward to those conversations.

There is a lot of people at the club that have worked very hard to get to this point and are really excited about the possibility of the East Stand and we all hope the fans like the look of what can be built.

The Council’s main considerations below have also been agreed by the football club;• The East Stand is completed• WNC receive best value for any land based on external independent professional advice• All the plans being discussed with WNC are subject to final full council approval• Any development plans for the site remain subject to planning permissions as appropriate• That the Asset of Community Value has transferred to WNC from NBC

Benefits to the football club

There are many benefits to NTFC including;• East Stand completionCompletion of the East Stand is the priority of any agreement and by using the ownership of the land leases this can hopefully be completed without adding further long-term debt to the football club.

• New parking situated on siteA completed East Stand will provide additional parking behind the East Stand; plus the football club plans a review of all the parking on site to enable better design and management across the whole site.

• Potential new partnersOnce the possible warehouse development on the enabling development land is complete there will be new large companies moving in which will offer potential new commercial partners for the club.

• Community use of East StandThe new facilities will be available for use by both Northampton Town FC Community Trust and the club’s education department. This will provide meeting rooms for community groups, space for programmes aimed at health and wellbeing and teaching space. It will allow us to increase our engagement with schools offering an alternative learning environment and positive experiences for local youngsters. There will also be improved activities and facilities for families on matchdays as well as additional hospitality at the community pitch activities that take place each summer including local cup finals.

• Potential Fan ZoneSpace for a Fan Zone project has been earmarked behind the new East Stand and further consultation would be planned to decide on the best usage. More discussions are also planned with the New Hotel End project to ensure that the potential Fan Zone areas behind the East and North End complement each other.