Northampton Town achieved promotion to the FA Women’s National League Division One Midlands with a 2-0 win at home to Lincoln United on Sunday.

Joint managers Lou Barry and Josh Oldfield made five changes to the team that beat Rise Park in the week, which included returns to the starting line up for Fay Noble and Cudone and a first start for Favour Omenazu.

Possession was even in the first half, but the Cobblers created all the opportunities.

Beth Artemiou forced Amy Hood into a diving save at the near post in the second minute, and had a follow-up from Alex Dicks’ shot across goal blocked after a quarter-of-an-hour.

Lincoln’s only shot of the opening period was a wide free-kick from Olivia Smith that hit the top of the crossbar midway through.

Dicks twisted and turned in the area soon after and got a shot away from a tight angle, but Hood denied the hosts again.

There was no stopping the Cobblers 10 minutes before the break when Rachael Mumford played a fantastic through ball to Cudone, who fired home to cap off an excellent team move and make the breakthrough.

Dicks came close to doubling her side’s lead in the final minute of the first half, but she flashed an effort across goal and just wide.

The second period was a closer affair, with neither side really threatening the opposing goalkeeper.

Lincoln created two half-chances, Bianca Luttman intercepting a low ball across goal for Jo Daniel to collect and an attacker shooting wide on the turn after a corner fell kindly for her.

Cobblers’ nerves were settled with 10 minutes to go when substitute Cooper hooked Artemiou’s deep cross in off the post to double the advantage and bring her side within touching distance of promotion.

They saw out the remaining 10 minutes of normal time as well as minutes of added time to secure a well-deserved win.

Barry and Oldfield’s side host Leicester City Ladies in the penultimate fixture of their campaign on Thursday night. The Cobblers will end the league season unbeaten if they avoid defeat in their final two matches. 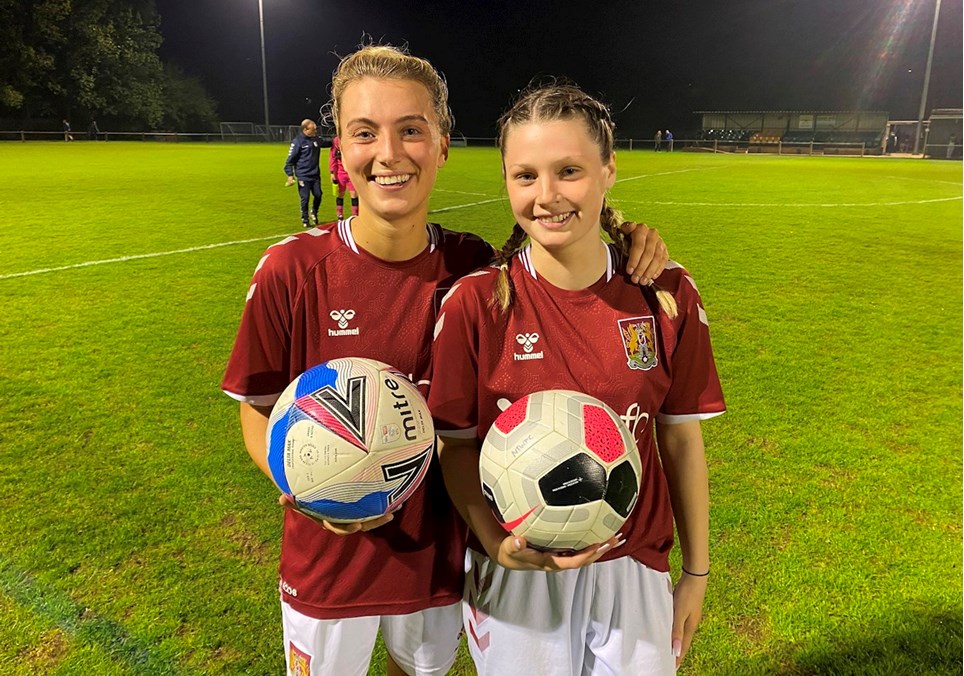