Goalscorer John Frain still has vivid memories of the day at Wembley when he scored the winning goal in the 1997 Division 3 play off final.

25 years on from 24th May 1997, Frain has been speaking about the 93rd minute winning goal he scored to send 32,000 Cobblers fans wild and see Northampton Town promoted to Division 2.

"As soon as I hit the first free kick the lad encroached," he said.

"Before I could even say to the referee about it, he had ordered a re-take and booked their lad. The referee then put the ball back in a slightly different place, about a yard over to the side, it was more central and it opened up both sides of the goal.

"Roy Hunter said to me what about the other side of the goal, he had spotted there was a bit of a gap in the wall and there was, on the left hand side as we looked. All I was thinking was make a good contact. I knew I had hit it pretty well but I couldn’t really see, I was just trying to look around the wall to see if it went in.

"Our lads in the wall, Chris Lee, Jason White and Dean Peer knew before me that it was in as they had a better view. I have been asked a few times what the feeling was as the ball hit the net but I just can't remember. We just went crazy!"

You can watch the full interview with John Frain below.

To hear some more of the memories of the 1997 squad, please check out the It's All Cobblers To Me podcast. 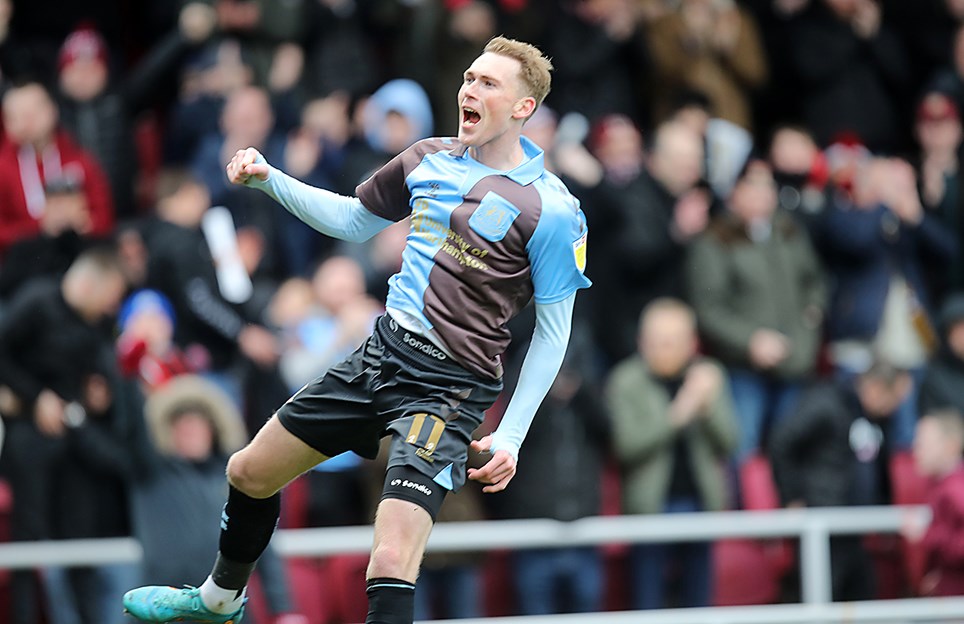 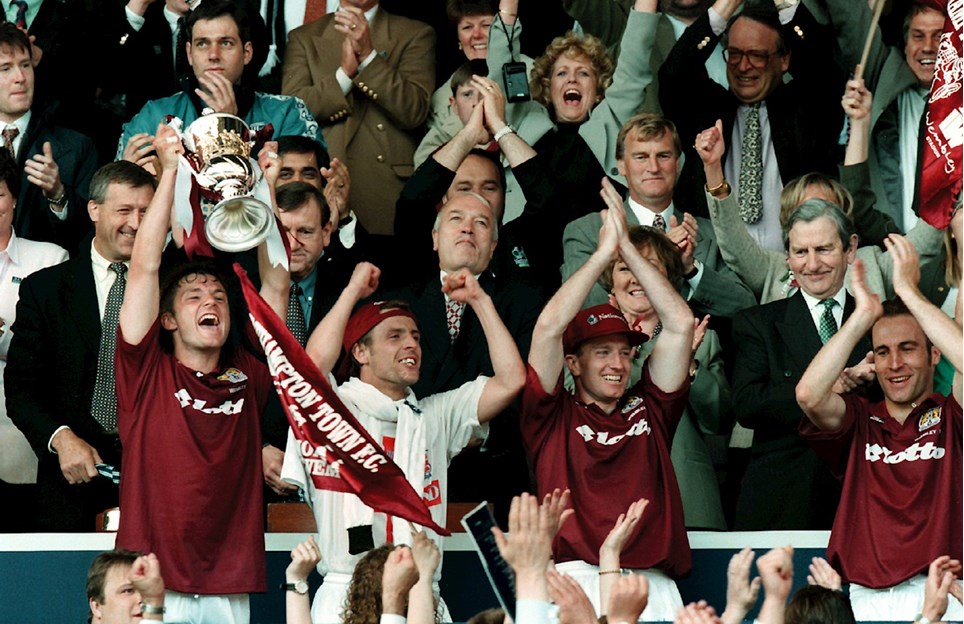 
Skipper Ray Warburton has very fond memories of the Cobblers 1-0 win over Swansea City at Wembley on May 24th 1997. 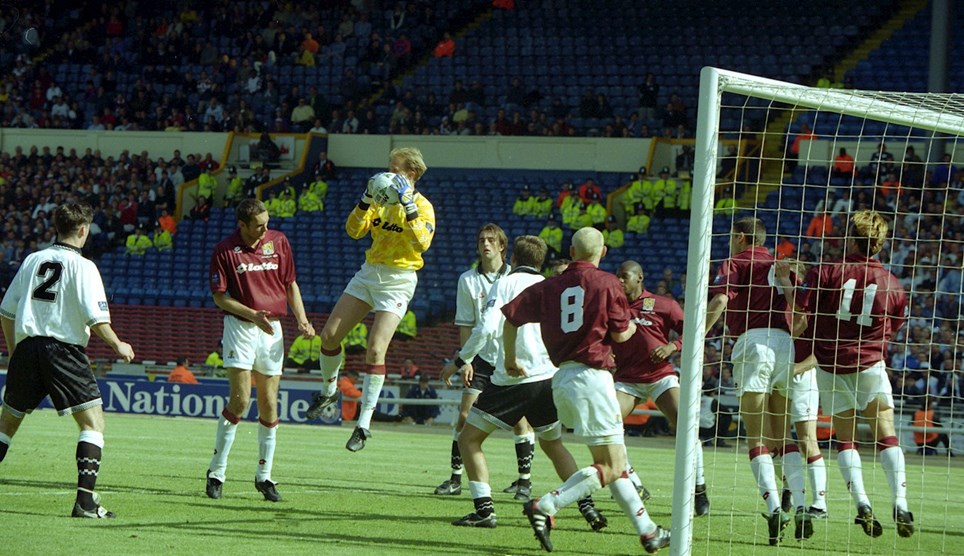 
Goalkeeper Andy Woodman says he has very fond memories of May 24th 1997. 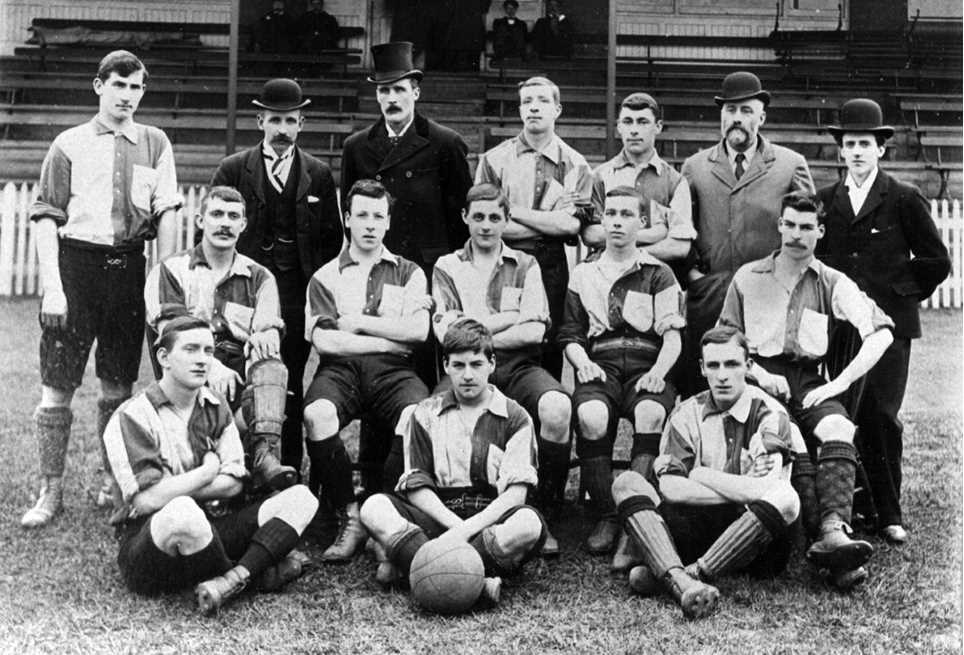 
Northampton Town Football Club turn 125 years old next week, and preparations to mark the milestone are well under way.