The Northampton Town Women Development squad have been promoted!

Alex de Boer and James Geddes’ side will compete in the East Midlands Women’s Regional Football League Division One South (Tier 6) next season.

They finished second in the 2021-22 Northamptonshire Women’s and Girls Football League Premier Division, winning 10 of their 13 games and earning 32 points.

The Development squad are following in the footsteps of the first team, whose title win was confirmed in early May.

The Cobblers went unbeaten in the EMWRFL Premier Division and will play in the FA Women’s National League Division One Midlands (Tier 4) in 2022-23.

The two promotions, along with the first team’s Northamptonshire FA Women’s Cup and Development squad’s NWAGFL Cup and NTFA Women’s Cup wins, make this season the most successful in the history of Northampton Town's female football programme. 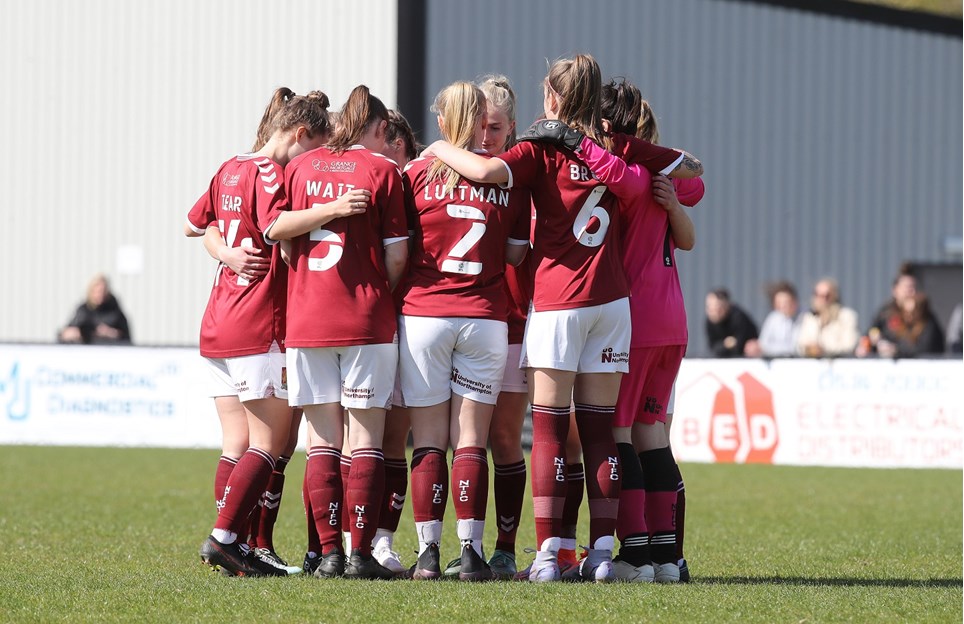