New goalkeeper Lee Burge is no stranger to Sixfields.

The new Northampton Town stopper, who joined the club from Sunderland this week, made his professional debut at Sixfields when playing for Coventry City in 2014.

Now, eight years later, Burge is back but this time as a Cobbler and he has been explaining why he was keen to make the move.

"As soon as I met the manager and James Alger I was really excited by the passion and enthusiasm they have for the club, that really appealed to me and this is what I want to be a part of," he said.

"I have had some good times in my career so far. Coventry was great, I have some great memories from my time there, we had two Wembley wins and I have so many good times there to look back on.

"In strange circumstances Sixfields is where I made my professional debut, we played Cardiff live on TV. It was a great day for me, and it has brought back a lot of good memories for me. It is nice to be back.

"I also had a great time at Sunderland, I was in the League 1 Team of the Season in my first season although we couldn't quite get over the line but I was pleased my time there ended with the promotion last season and hopefully we can enjoy some success here at Northampton."

"I know Ryan Haynes well," he explained. "We were at Coventry together and it will be good to see him, he is a good attacking left back with a lot of experience and overall I have been impressed both with the signings made so far and the players already here. It feels a strong squad and hopefully we can have a good season.

"I am looking forward to pre-season. It is a good time of year and I can't wait to get going. There is a strong goalkeeping department here. Jonny Maxted is a good keeper, we will push each other and help each other develop working with James Alger and it is an exciting time." 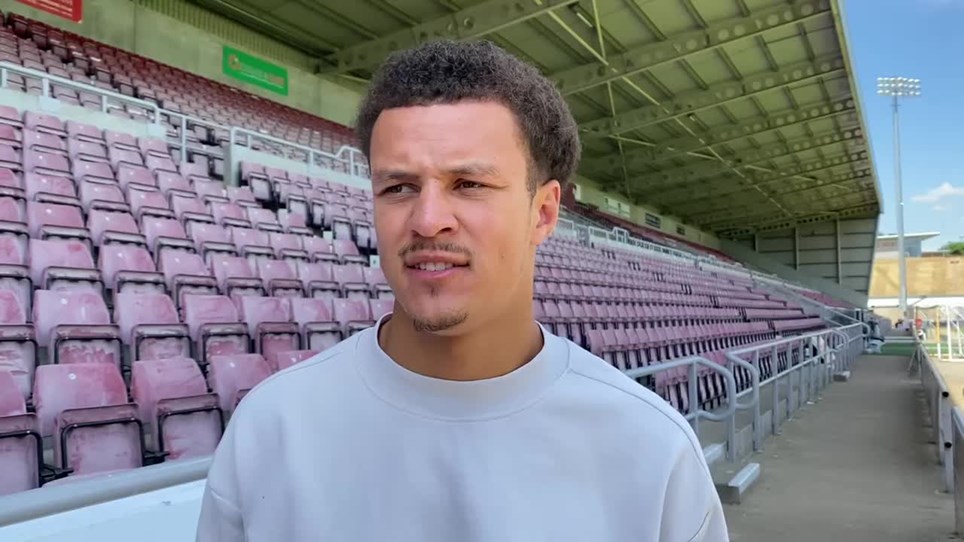