Players from the Blackthorn Northampton, Queensway Wellingborough and Rushden sites made up the under 16s boys team. This is the first time a team from Northampton Town have attended as the programme started in September 2019 here and the last 2 years have not gone ahead due to the pandemic.

Staged by the Premier League Charitable Fund (PLCF), this national event is a celebration of the Premier League Kicks programme and brings young people from different cultures and backgrounds together. Clubs select participants to represent them at this event based on their dedication and attitude at local Premier League Kicks sessions. This is a hugely beneficial opportunity as well as cultural exchange with opportunities to meet young people from other parts of England and Wales. By being chosen to attend this event, participants have improved their self-esteem and it has also helped improve behaviour and focus in the classroom by acting as a reward for positive engagement in physical activity.

71 teams took part in the tournament. In Northampton Town’s group, the team played against Kicks groups representing Bristol Rovers, Bradford City, Hull City, Norwich City, Sheffield Wednesday. Our Kicks team showed competitive spirit, played well as a team and were knocked out after the group rounds. They also played some friendlies against Hull City and Cardiff City which they enjoyed too as well as having a kick around with players from Leeds United and West Bromwich.

As part of the event all participants took part in other activities including mini drills and challenges set by Nike Master trainers. These informal drills consisted of a combination of football skills and personal best challenges. The young people also experienced Street Golf delivered by the Golf Foundation. Very excitingly, all teams were able to take photos with the Premier League trophy. All participants were given goody bags which included Nike merchandise, Panini Women’s Euro Sticker books and stickers and a reusable water bottle.

All the young people thoroughly enjoyed the day out, showed positive attitudes and fair play and conducted themselves brilliantly. Being from different Kicks sites meant they didn’t know each other much but the team bonded well under Inclusion coach Cameron Marshall’s guidance.

Thank you to all the schools who released students for this event, also thanks to parents for getting players to the minibus pick up times and locations.

Premier League Kicks co-ordinator Anna Letts said: “Our group are a credit to the programme, they put 100% effort into every match and participated in all the activities on offer. Cameron and I are very proud of them each and every week of Kicks, but during this event especially. They love their football and this event was a chance for them to meet other Kicks groups from other clubs and see that they are part of a large network. Thank you to the PLCF for this opportunity for the group to shine.”

A huge congratulations to our Kicks participants:
Mason Brown, Finn Rogers-Hussey, Ashton Botterill and Jack Thomas from our Rushden group, Lewis O’Neill from our Blackthorn Northampton group and George Jones and Cody Sherman from our Queensway, Wellingborough group. 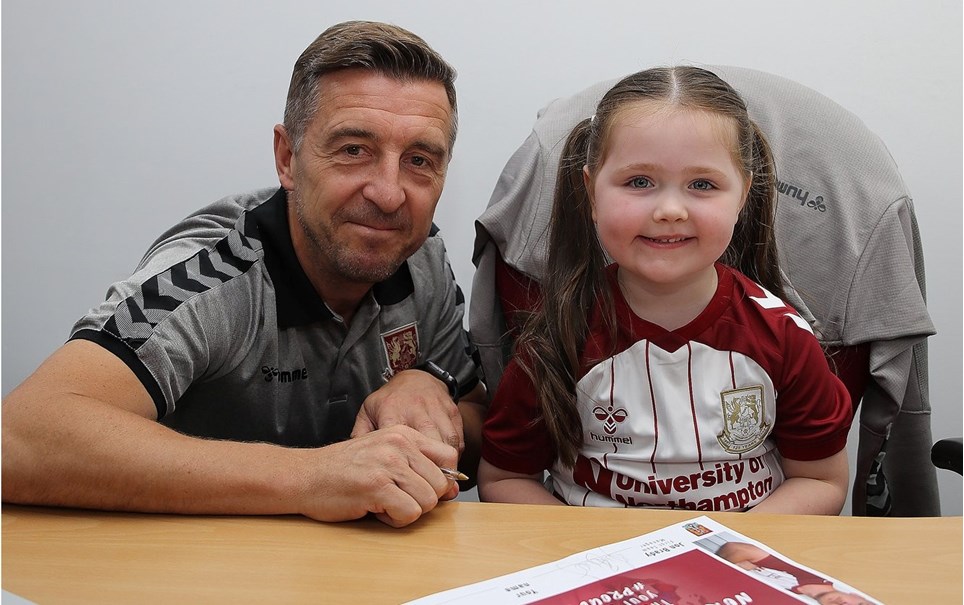 MASCOTS HAD A GREAT TIME AT THE COLCHESTER UNITED GAME


We were delighted to receive the below feedback from the parents and grandparents of our mascots at the Colchester United game. 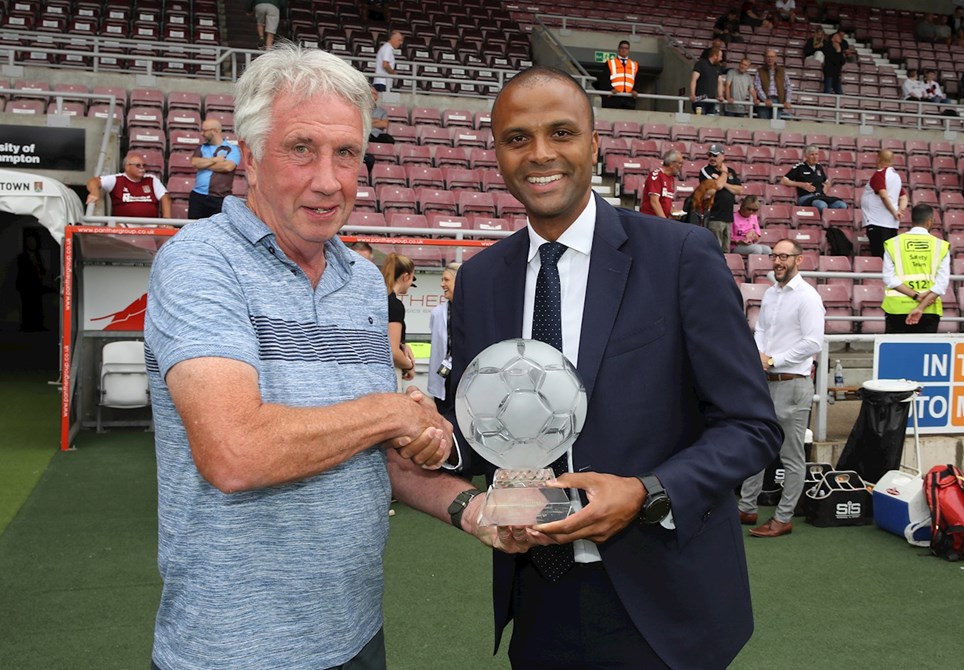 
The PFA were at the recent Colchester United game to present the club’s Disability Development Officer Russell Lewis with an outstanding achievement award in recognition of Russell's superb and long... 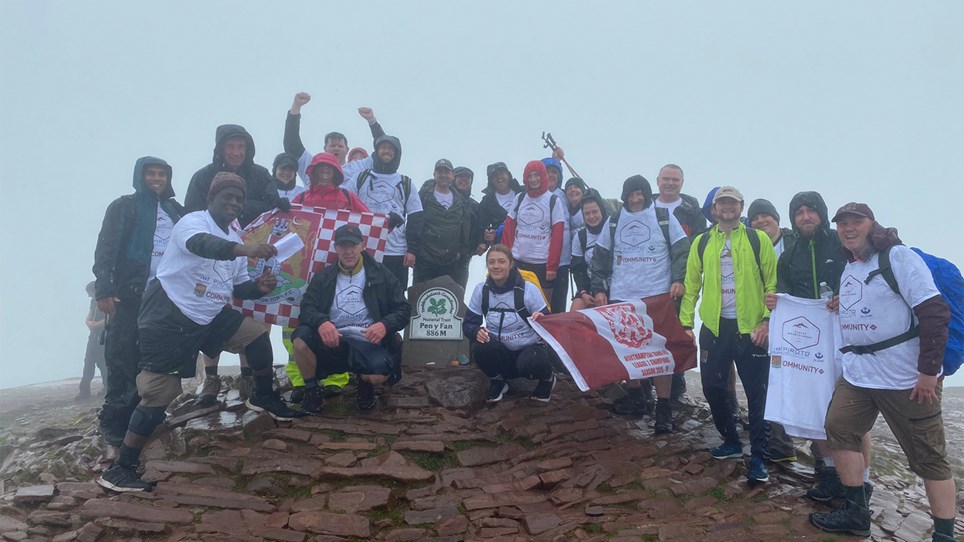 CLARET MOUNTAINEERS RAISE OVER £10,000 TO SUPPORT COMMUNITY WORK THROUGHOUT THE COUNTY


The Claret Mountaineers can confirm the amount that was raised from their mountain climb. 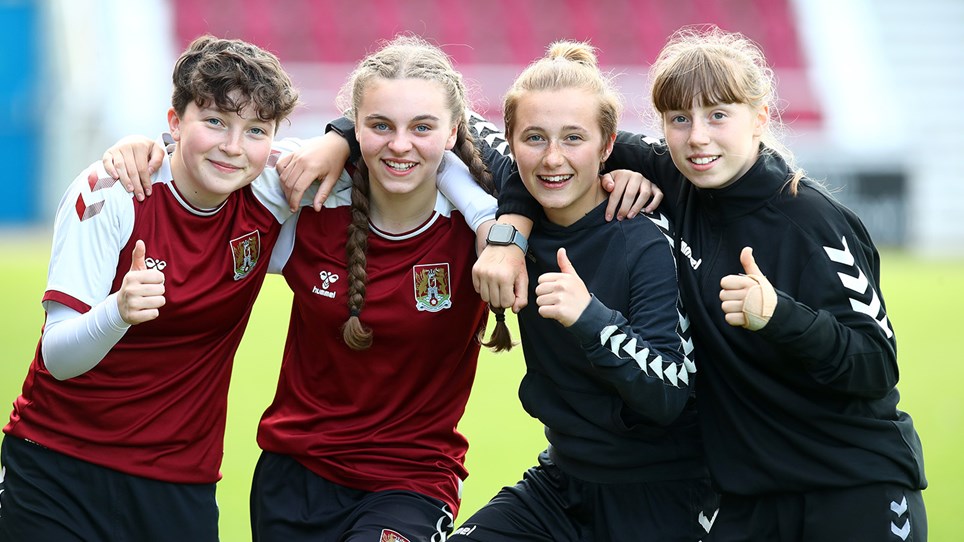