Jon Brady made one change for the visit of league leaders Forest Green Rovers with Dylan Connolly coming into the side for Danny Rose.

In a lively start to the game in front of a raucous home crowd, the Cobblers went agonisingly close to an early goal when Mitch Pinnock curled a shot against the inside of the post from outside of the penalty area.

Paul Lewis headed over from a Sam Hoskins free-kick and Connolly fizzed a shot from the edge of the area just wide as the Cobblers continued to take the game to the league leaders.

Liam Roberts turned behind a shot from Jamille Matt and Mathew Stevens fired over when one-on-one with the Cobblers keeper as Rovers grew into the contest.

After a more cautious start to the second half there was still no separating the sides with over an hour played. Ali Koiki went close with a terrific left-footed strike before Matt headed against the post.

From the subsequent corner Forest Green took the lead in controversial circumstances, the Cobblers players protesting the ball hadn’t crossed the line as Mathew Stevens claimed the goal. Subsequent replays proved the Cobblers protestations to be justified with replays showing it was Roberts arm that rustled the net and not the ball.

Chanka Zimba replaced Paul Lewis in the Cobblers first change and the on-loan Cardiff striker was denied by a terrific block inside the area from Udoka Godwin-Malife as he was about to shoot.

The Cobblers continued to press hard and their efforts were rewarded deep into stoppage time, Mitch Pinnock with a fine strike to beat Luke McGee and rescue a deserved point. 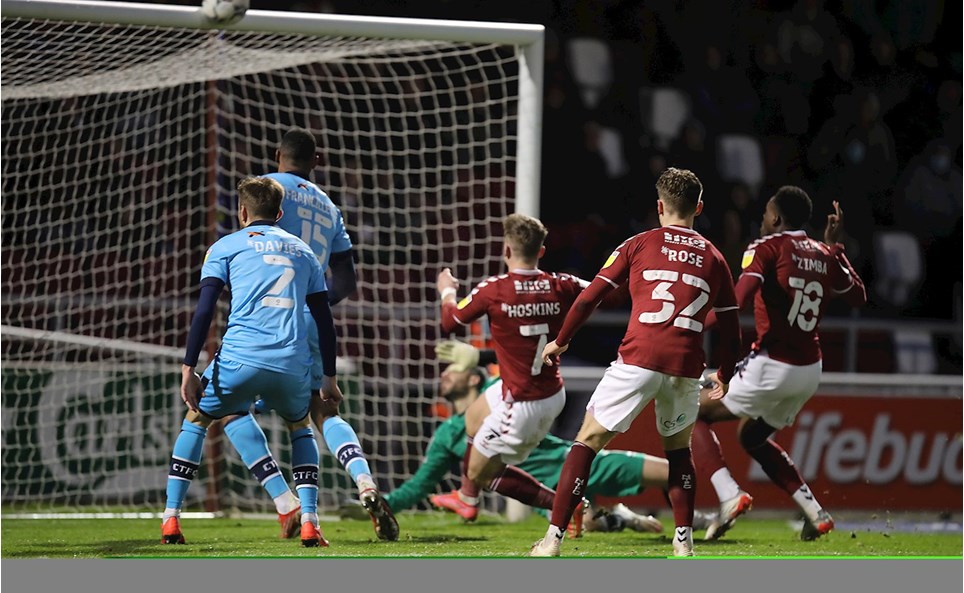 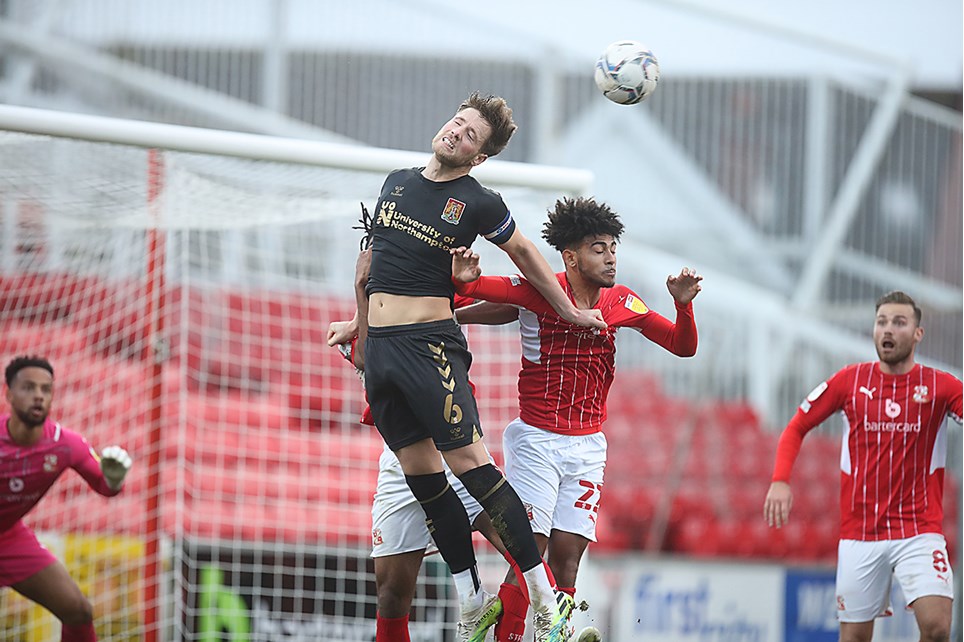 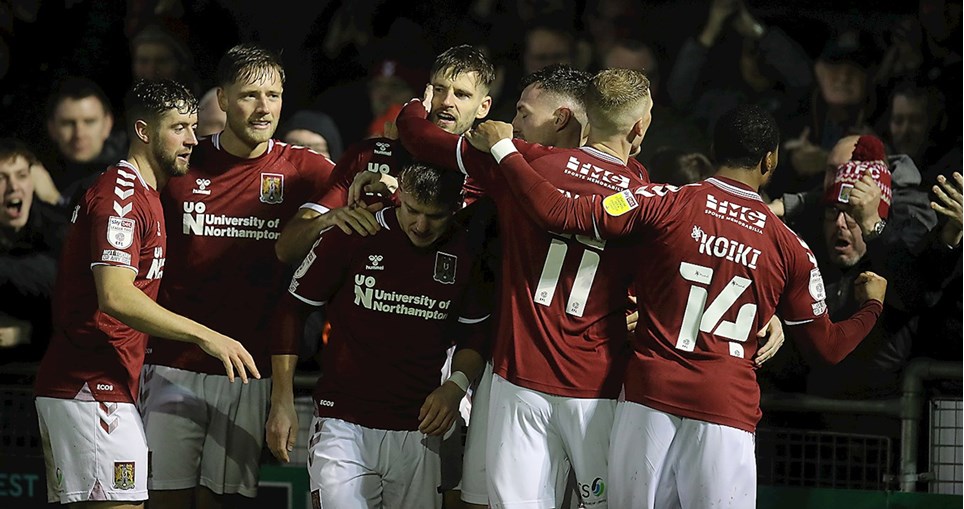 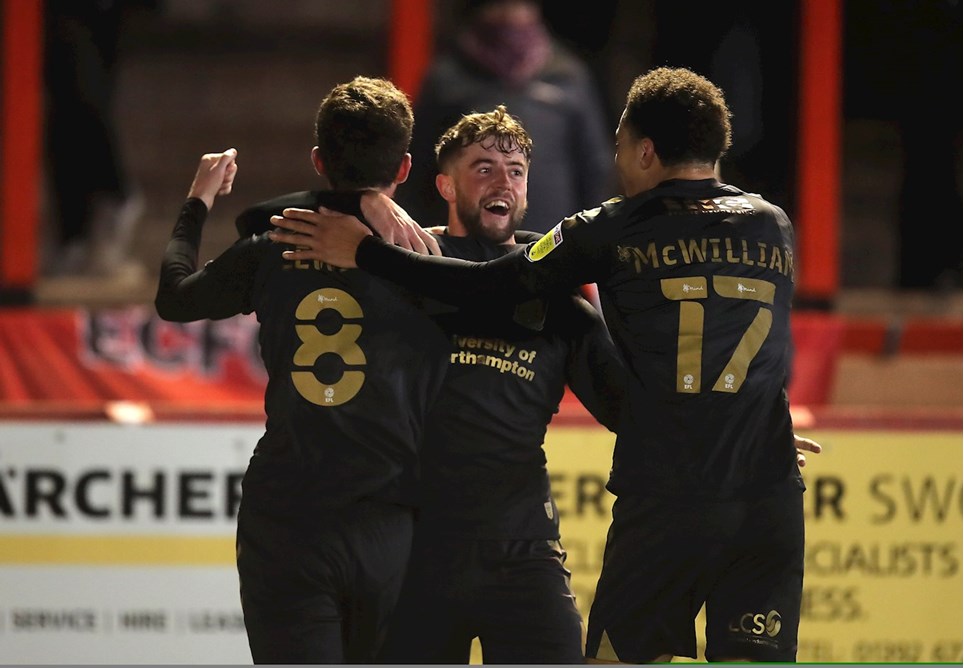