Booked:
Grimsby: none
Cobblers: Ryan Haynes (90, 1st of the season)

Northampton Town’s first away trip of the new season was to Grimsby Town, back in the EFL after winning promotion from the National League via the play-offs.

Jon Brady named an unchanged starting XI with on-loan Fulham striker Kieron Bowie and former Mariners midfielder Ben Fox both named on the bench after missing the opening day win over Colchester through injury. Bryn Morris, who spent the second half of the 2020/21 season on-loan at the Cobblers from Portsmouth, started for Grimsby.

There was a raucous atmosphere at a packed out Blundell Park as the game got underway but it took ten minutes for the first real chance of the afternoon, Gavan Holohan with a low strike just wide.

Sam Hoskins had a shot blocked and Tyler Magloire saw his deflected effort saved by Max Crocombe in a first half where Mitch Pinnock came closest to breaking the deadlock from a cleverly worked free kick with his shot on the turn saved by Crocombe.

Kieron Bowie came on for the second half to make his competitive debut for the Cobblers, replacing Louis Appere.

Lee Burge pulled off a fine save as Brendan Kiernan took aim from distance in a spell of pressure from the home side before Hoskins had a shot blocked at close range after linking up nicely with half-time substitute Bowie.

Ryan Haynes, who scored the late winner against Colchester on the opening day of the season, came on for Danny Hylton in the Cobblers second change with Hoskins moving up front.

Burge saved an Andy Smith header from a Anthony Glennon free kick but moments later the Cobblers were in front, Sam Hoskins finishing into the bottom corner after being played through superbly by Bowie.

The home side weren’t to be denied though and the Mariners were back on level terms on 88 minutes, substitute Jordan Maguire-Drew finishing from close range after a good initial save from Burge.

Bowie was denied by a good save from Crocombe at his near post and Cobblers substitute Marc Leonard headed off the line deep in stoppage time as both sides went for the win but in the end it was a point apiece with the game finishing 1-1. 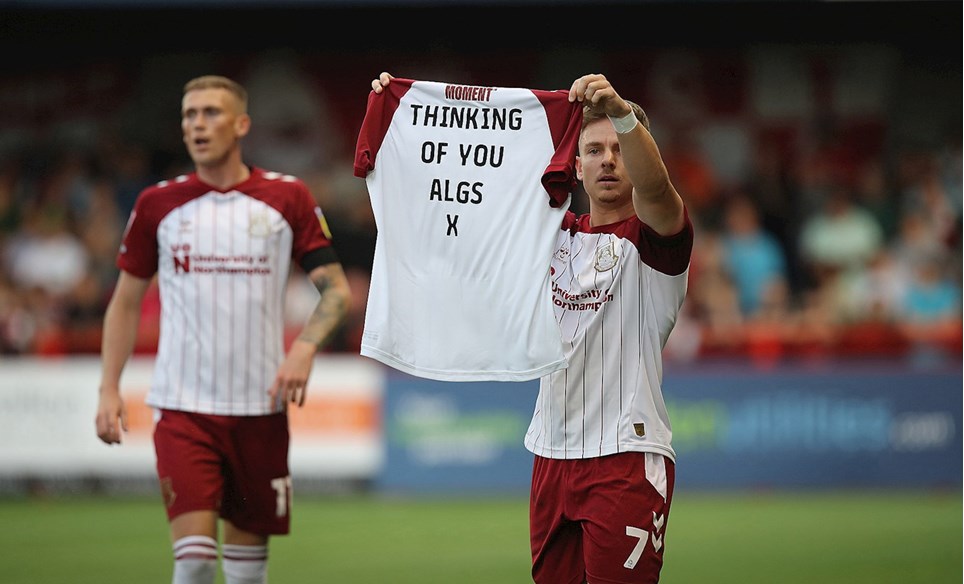 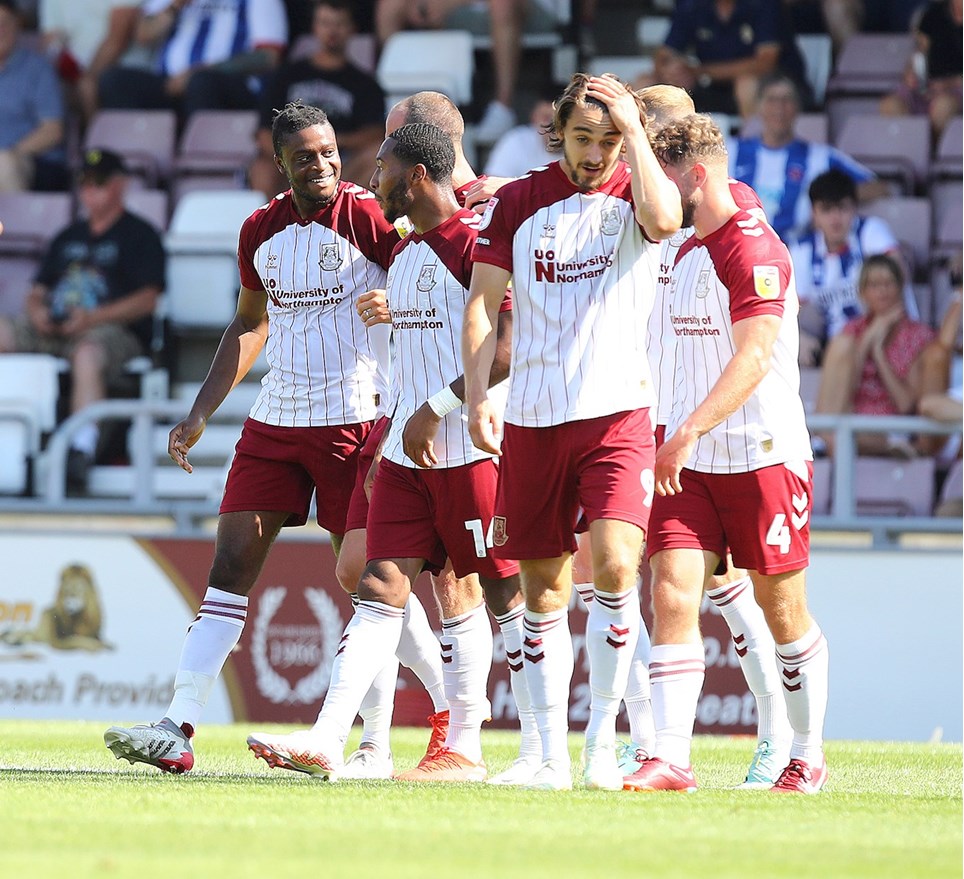 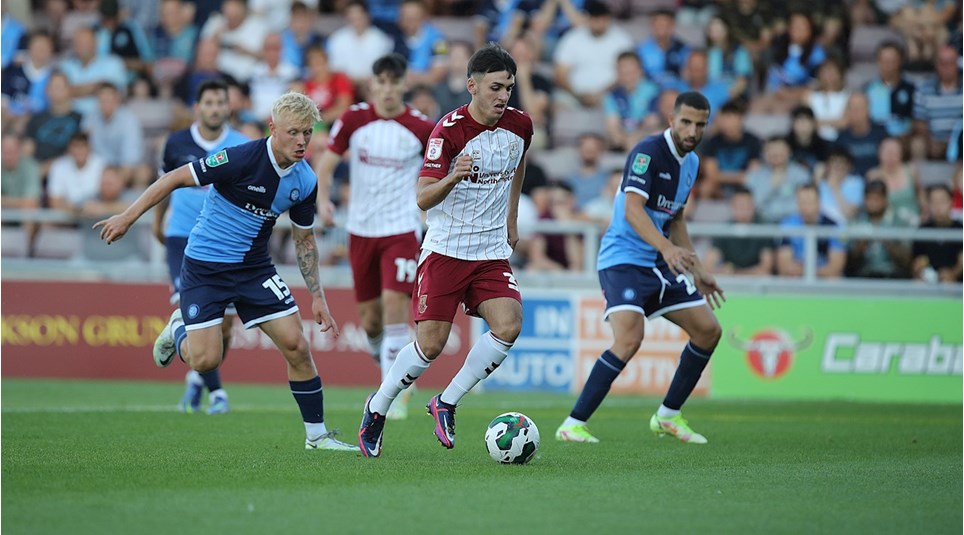 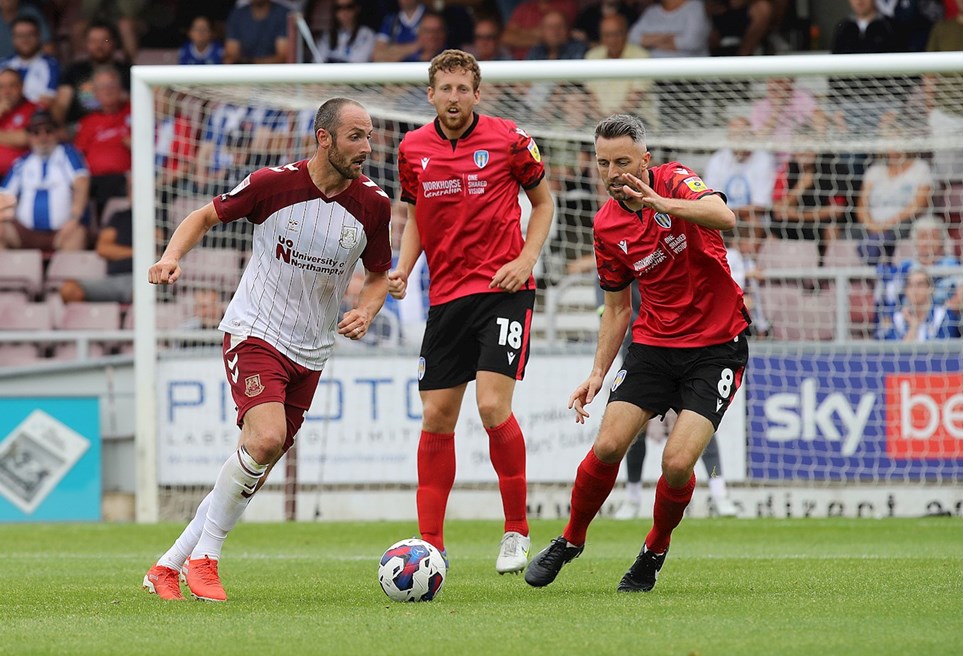