Jon Brady was a happy man as he reflected on the 2-0 win at Oldham on Good Friday, secured by goals in either half from Jon Guthrie and Louis Appere.

“This is a tough place to come and it’s a good win,” he said.

“We showed real strength of character after having what we felt was a legitimate goal ruled out early on.

“Jon’s goal was maybe a bit fortunate but it was a great cut back from Josh Eppiah for Louis's goal and I’m really pleased for him. It’s nothing less than he deserved for his performance today and he could have had another one too.

“The team were excellent to a man, we controlled the game in possession and we could have scored more.

“The challenge now is for us to back this up against Harrogate on Monday.” 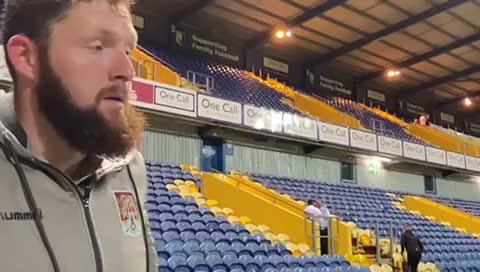