Sent off:
Cobblers: none
Sutton: none

Manager Jon Brady was dealt a defensive blow ahead of Northampton Town’s first ever league fixture against Sutton United with Jon Guthrie unavailable for selection after testing positive for Covid-19. Aaron McGowan moved to centre-back in Guthrie’s absence with Shaun McWilliams switched to right-back. Ricky Korboa and Harry Beautyman, both former Cobblers players, were named on the Sutton bench.

On a wet and windy afternoon at Sixfields not only was it the first meeting between these two sides but Rebecca Welch became the first female referee to take charge of a Cobblers fixture.

Liam Roberts made a good early save to deny Donovan Wilson from an acute angle while Paul Lewis dragged a shot wide in a fairly even opening twenty minutes. Wilson then had a good chance to put Sutton in front but under pressure from McGowan headed wide.

Richie Bennett saw a header superbly saved by Roberts in a good spell for the visitors before Danny Rose fired wide from 12-yards.

Sutton had posed a real threat in the first half and they made the breakthrough on 41 minutes when an Enzio Boldewijn corner was headed home by Joe Kizzi.

Donovan Wilson doubled the visitors lead at the start of the second half, Wilson with a composed finish after being played in by his strike partner Bennett.

Boldewijn whistled a shot just wide as Sutton went close to a third goal with Kion Etete now on for the Cobblers in place of Shaun McWilliams.

Roberts saved from Alistair Smith and Etete had a shot blocked at close range as both sides traded chances. McGowan then made a vital block to deny Kizzi his second goal of the afternoon and Roberts saved superbly with his legs from Boldewijn to ensure the margin of defeat remained 2-0. 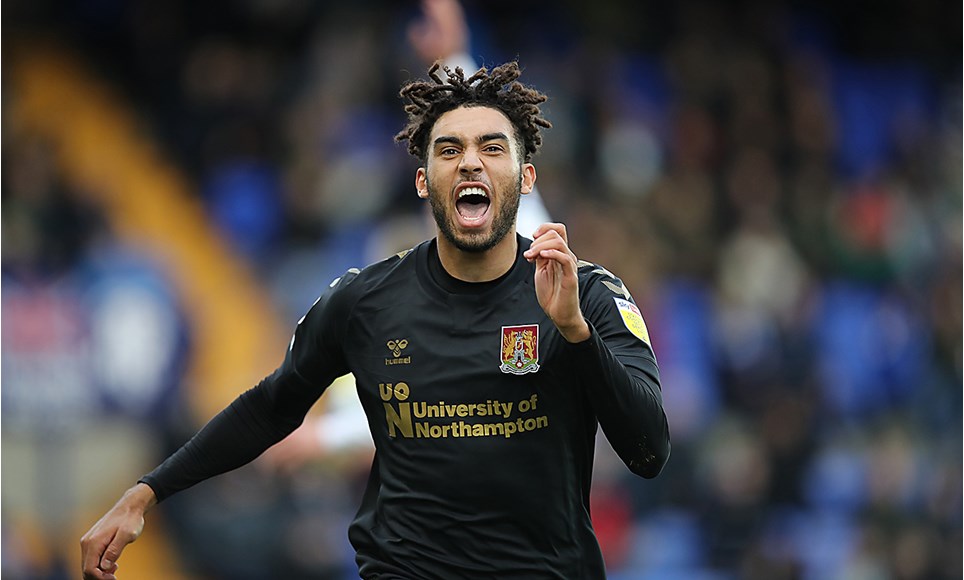 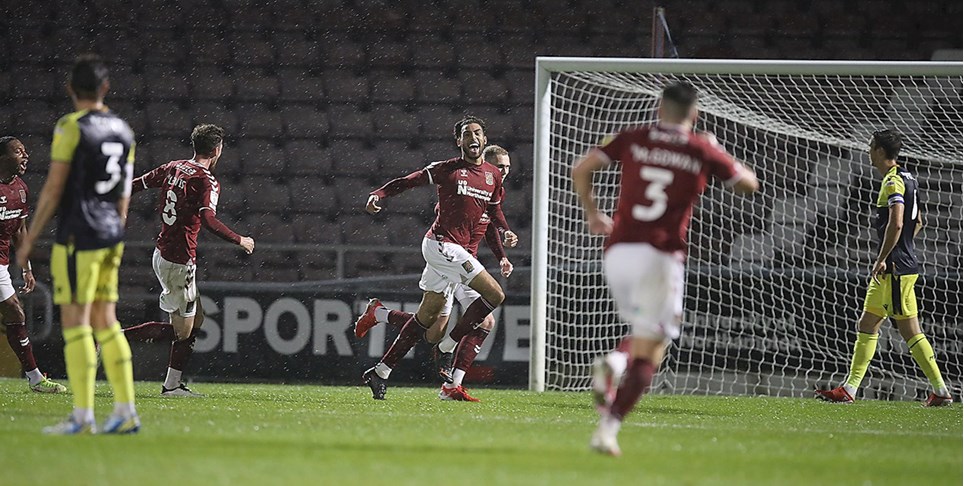 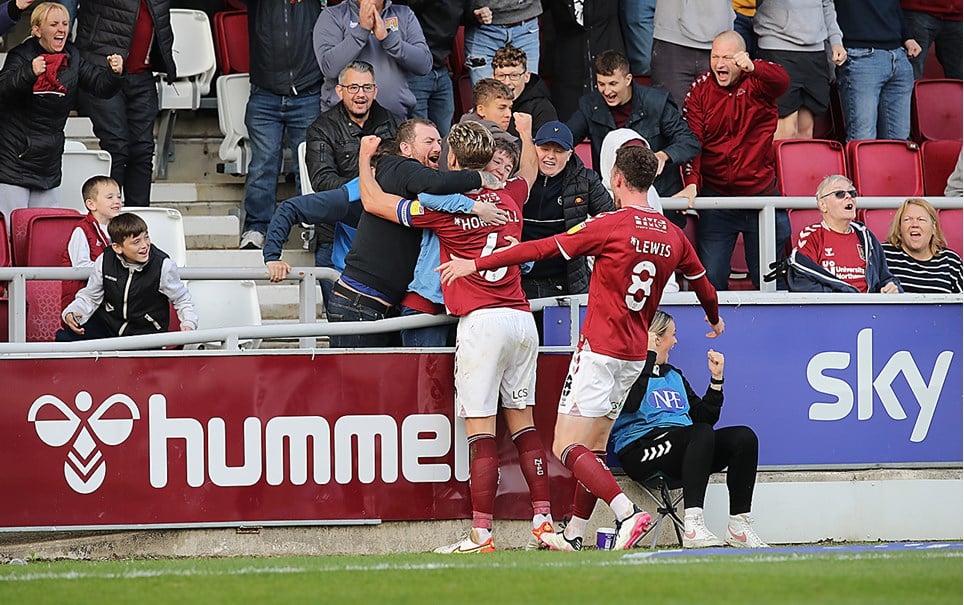