Tuesday was a proud night for Northampton Town Football Club and our player pathway with no fewer than twelve of the 17 man matchday squad for the Papa John’s Trophy tie with Brighton & Hove Albion under 21s current or former members of the club’s Academy or Football & Education programme.

That number may have been even greater had Max Dyche not missed the game through illness, but included in the number who did play on Tuesday was Josh Tomlinson, who at the age of just 15 years and 336 days became the youngest player to ever appear for the club.

Tuesday’s appearances mean that we have, so far this season, now seen 28 first team appearances from current or former Academy or Football & Education programme players in the first team with around a third of the season gone, huge progress from where the figures were just a few seasons ago.

Charlie WOODS
Charlie is a 17 year old goalkeeper who is a current youth team player. Charlie was born in May 2004 and has been the substitute keeper for the first team on a number of occasions.

Josh TOMLINSON
Josh is a 15 year old centre back, and became the youngest player ever to play for the club on Tuesday night beating the record held by Ivan Toney. Josh, born in December 2005, was just 15 years and 336 days old on Tuesday.

Peter ABIMBOLA
Peter is a 17 year old central midfield player for the youth team who was born in February 2004.

Josh FLANAGAN
Josh is an 18 year old defender who is a first year professional.

Liam CROSS
Liam is an 18 year old midfielder, he is a first year professional who made his first team debut away at Sunderland at the end of last season.

Courtney LASHLEY
Courtney is the youth team left back and is 17 years old, having been born in March 2004.

Kenny NDEFO
Kenny is a 17 year old striker for the youth team, born in September 2004.

Tommy CURRY
17 years old, Tommy is a striker for the youth team who was born in December 2003. 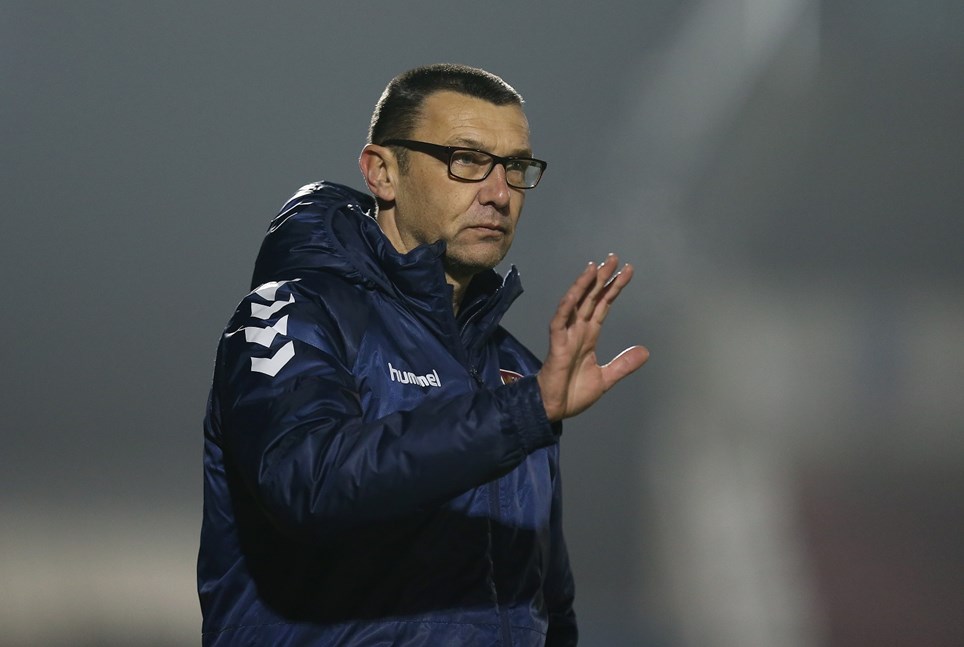 
Northampton Town academy manager Ian Sampson is hoping a big crowd will be at Sixfields on Saturday to see the youth team take on Charlton Athletic in the third round of the FA Youth Cup (1.30pm kick...


The first team might be on a break of a week and a half between fixtures, but there is football at Sixfields this Saturday!

SHANE GODDARD DISAPPOINTED WITH NARROW LOSS FOR UNDER 18S


Northampton Town Under 18s coach Shane Goddard was ‘disappointed to come away with a defeat’ as his side lost 1-0 away to Cambridge United in the EFL Youth Alliance League South East on Saturday.