Northampton Town are asking supporters to vote for their choice for the club's 125th anniversary season home kit.

2022/23 will be the club's 125th season, and working with the supporters who are members of the 125th anniversary working party group, the club have commissioned kit manufacturer hummel to produce designs offering a modern take on four of the club's classic kits.

The four classic kits chosen in conjunction with supporters on the working party group are as follows. Each kit contains the club's special 125th anniversary crest.

KIT ONE
A modern take on the 1965/66 season home kit, which was the season Northampton Town played in the First Division. 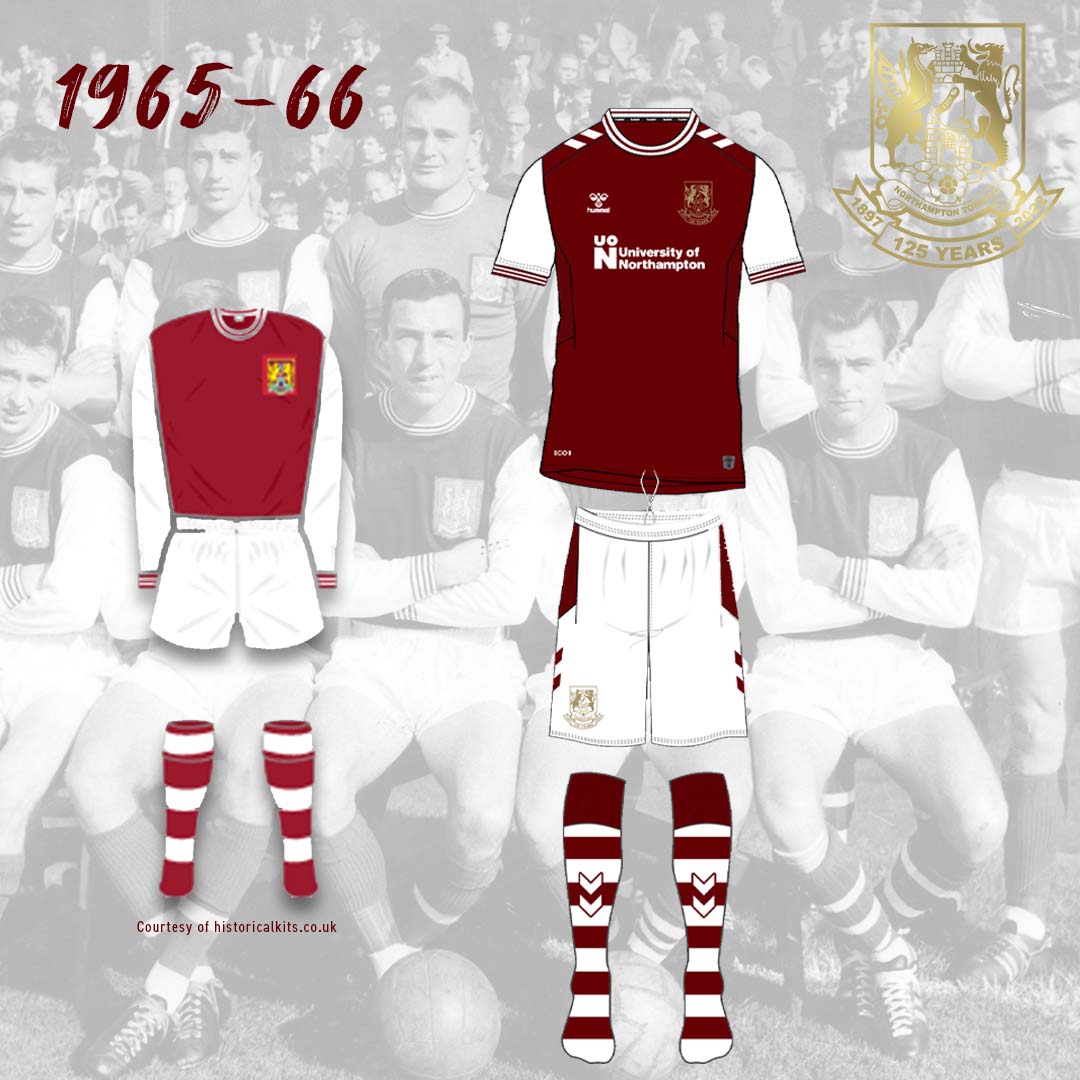 KIT TWO
A predominantly white kit with two claret hoops that was worn between 1967 and 1971 and was used as an away kit in the 2010/11 season. This kit was worn in the League Cup victory over Liverpool at Anfield in September 2010. 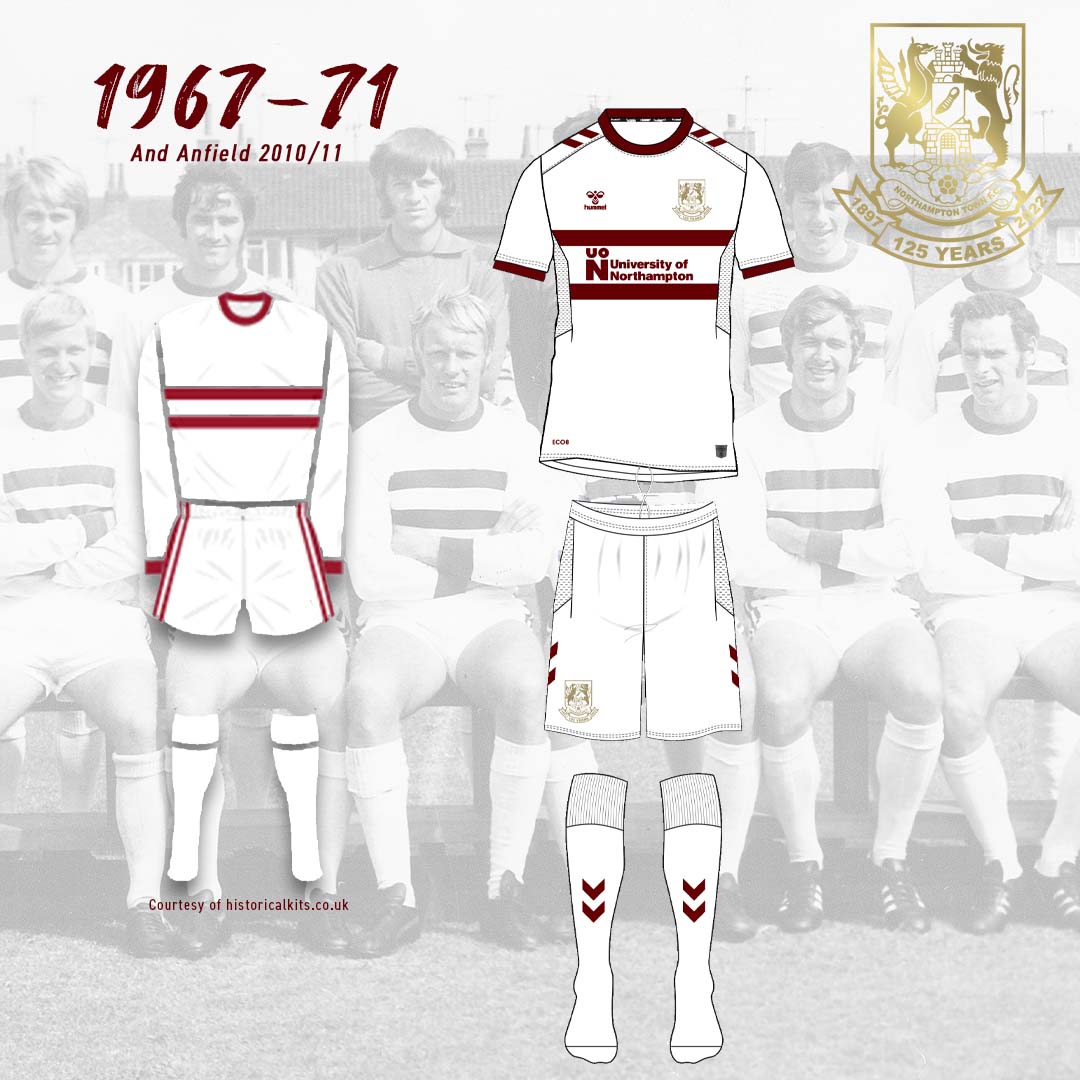 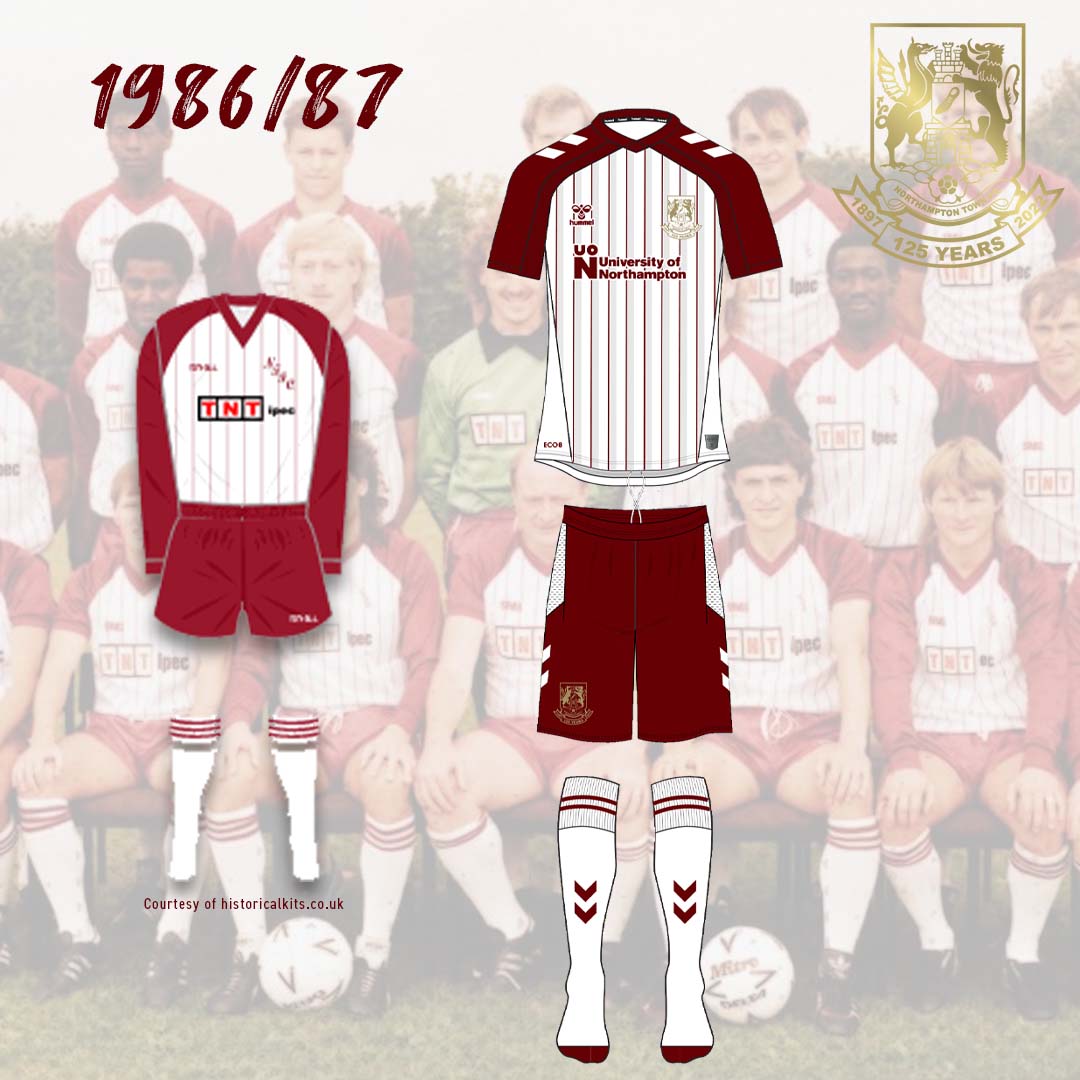 KIT FOUR
An updated version of the 1996/97 home kit, worn in the club's play off final victory over Swansea City at Wembley. 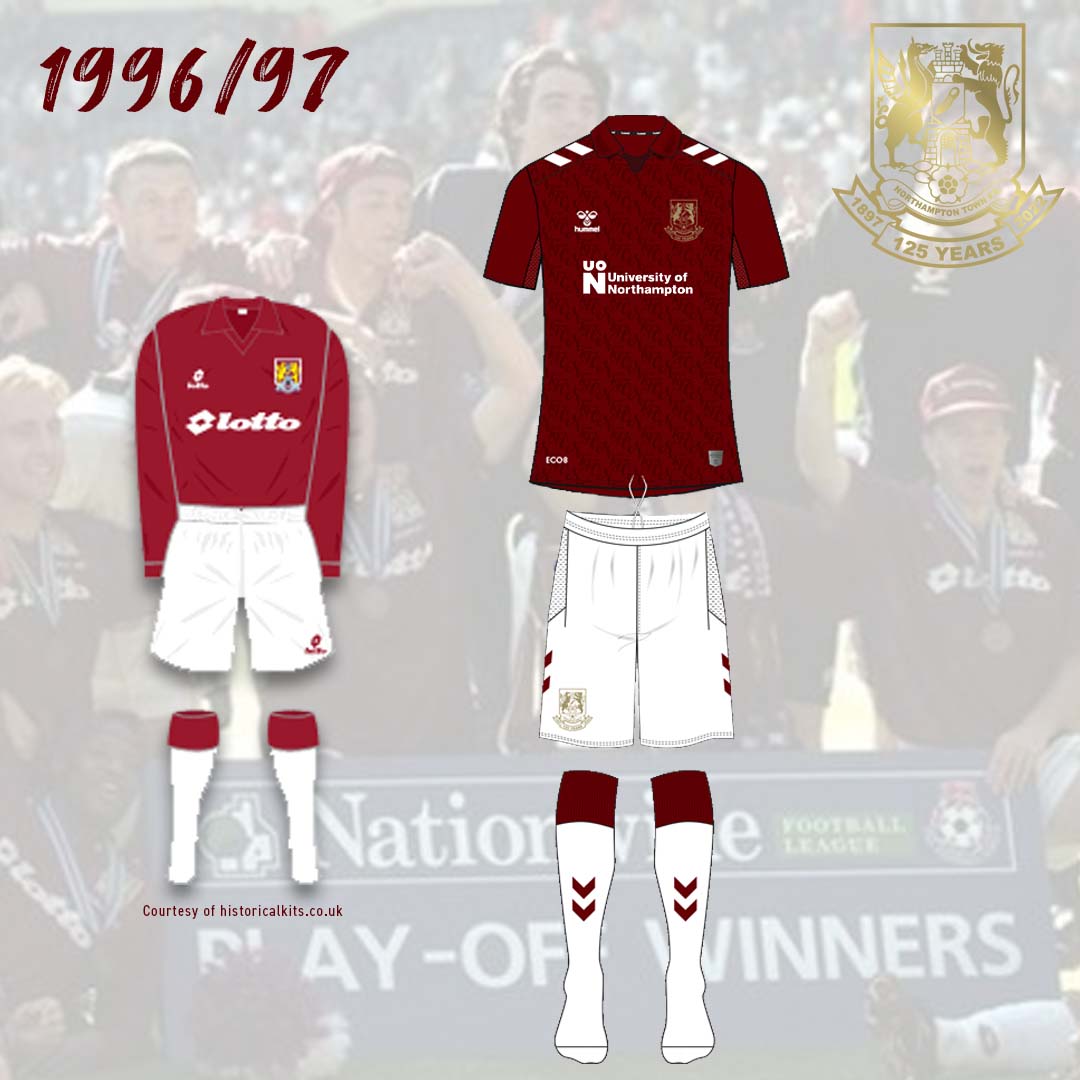 Supporters are invited to cast their vote HERE with a deadline for all votes of noon on Monday November 8th 2021.

All of these are home kit options, the club will be looking at the away kit separately with a modern twist on a popular away kit from the club's history that provides enough of a colour contrast to the home kit.

The chocolate and blue 125th birthday kit that will be worn at the Tranmere Rovers home game in March, will be the official third kit next season.

The result of the vote will be announced later during week commencing November 8th 2021.

The working party group have been developing a programme of special events to mark the club's 125th birthday, starting with the Tranmere Rovers game in March, and more details will be announced in due course.