After a two week break from the league, Northampton Town made the trip to Bristol Rovers looking to continue their impressive run of form. Jack Sowerby was unavailable for selection after picking up a knock with Jordan Flores coming into the starting eleven. Aaron McGowan, back from injury, was named on the bench.

Anthony Evans spurned an early chance for Rovers and Kion Etete was denied at point blank range by James Belshaw in a helter-skelter opening few minutes. The game then settled down somewhat before Fraser Horsfall almost diverted the ball into his own net after making a vital interception.

Josh Grant looked set to open the scoring when he was played through but his effort came back off the post. It was a let off for the Cobblers and they soon took advantage from the penalty spot, Sam Hoskins sending Belshaw the wrong way after Connor Taylor brought down Paul Lewis in the area.

Bristol Rovers were back on level terms on 54 minutes when Josh Grant headed home Harry Anderson’s cross and the home side then soon took the lead, Anthony Evans slotting the ball past Liam Roberts.

Glenn Whelan was sent off midway through the second half after a foul on Mitch Pinnock saw the experienced midfielder shown a second yellow card of the afternoon.

Nicke Kabamba, Dylan Connolly and Michael Harriman came on in a triple change for the Cobblers, replacing Flores, Pinnock and Dominic Revan.

As the game moved into eight minutes of stoppage time Ali Koiki and Shaun McWilliams combined to set up a chance for Connolly but he couldn’t find the target and Rovers held out, Horsfall seeing a header cleared off the line in the last action of the game. 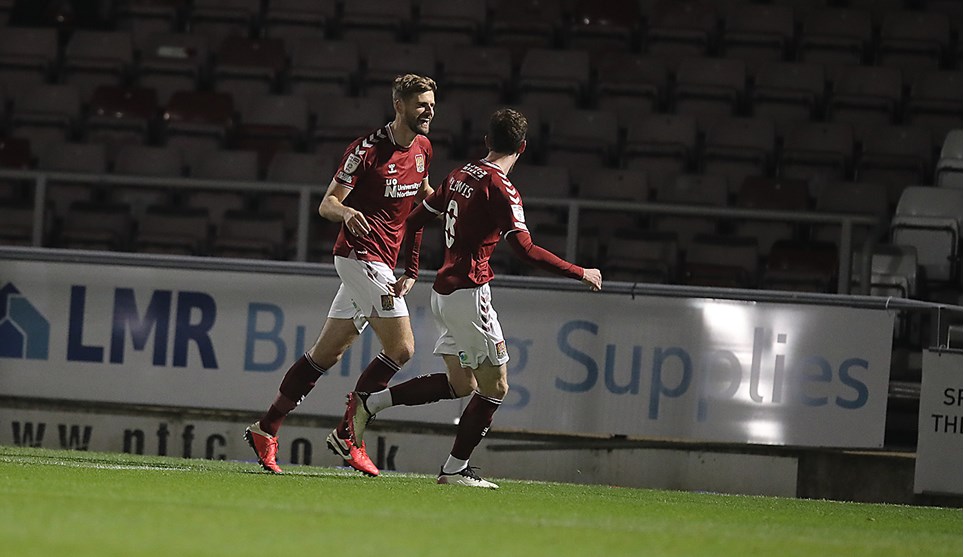