Samuel, aged 9 from Northampton has made the shortlist of the Coin for Respect Competition in association with the Nationwide Building Society and The Football Associations [The FA].

In April, The FA and Nationwide Building Society launched a new initiative to promote mutual respect on and off the pitch, with a national competition to design the first ever Coin for Respect.

The coin toss is a symbol of fair chance at the start of every game, but before this competition, no official coin ever existed.

The competition, which gained the support of England’s football stars Jordan Nobbs, Nick Pope, Beth Mead and Tyrone Mings, plus legends David James and Karen Carney, received over 400 entries, with Samuel selected as part of the final 11.

Their coin design was inspired by the idea of mutual respect. Samuel wanted to show that respect to them meant united, dream and succeed.

Samuel said: “My coin is designed to represent mutual respect in football and in life. The joining hands show that respect unites us all and how we are all stronger and can reach our potential if we work together.

“It’s great to be one of the 11 shortlisted designs and thank you to everybody who votes for me!”

Now, Samuel needs your help to see their design come to life. The final decision rests with the general public. Voting opens on Monday the 19th July and will close on 1st August. You can view all of the shortlisted designs and cast your vote at www.TheFA.com/coinforrespect.

Ex-England goalkeeper, David James, who has supported the campaign from the beginning said: “Having been involved with this campaign from the start it is brilliant to see it come to life and what the topic of respect means to all of these children who have entered. Some really strong themes have come through such as equality within gender and race, sportsmanship from both players, coaches and supporters and finally the big thing we have seen throughout is kindness, ensuring kindness is always shown. It has been tough to narrow these down to just eleven as the artistic talent of the UKs children is really strong, I certainly don’t envy the public having to make the final decision!”

Beth Mead, Lioness, commented: “I loved how many entries we had, from people all over the UK and a variety of ages. It shows how much people care about the topic of respect, especially within sport. It’s been a hard decision to narrow these down to just eleven designs but I feel with the shortlist we’ve really captured all angles of respect and what it embodies. My personal favourites include the ones that really focus on gender equality within football and respect everyone as players. To be part of the campaign from the start and to now see all the entries has been really special so far.”

Rebecca Welch, EFL Referee, stated: “I was blown away by the entries I saw from all the participants. Each and every one of them had understood the brief of the competition very well and this was evident through the designs that were presented. My personal favourites included a strong focus on inclusion and diversity, especially highlighting participants with disabilities which sends the message that football is inclusive to all. I also saw a great one with a referee on there and of course, any designs featuring a ref was always going to get my vote!”

Jordan Nobbs, Lioness, said: “This campaign is so important, respect is something we should all be talking about and teaching at all ages. I was so excited to see what the kids came up with as soon as I was asked to be part of the campaign and I am buzzing to see so many incredible entries from such a diverse group of people as well. There were key themes that showed through all of the designs such as good behaviour on and off the pitch, respect to staff, especially referees and also valuing everyone regardless of where they’re from or what they look like. Lots of really important messages which I am sure will really see resonate with the public.”

Paul Hibbs, Head of Community at Nationwide Building Society, commented: “I was overwhelmed with the variety of the entries with designs focusing on different elements of what respect means. From designs that captured the ‘mutual’ in mutual respect showing how two people can come together to show kindness, to designs showing how important respect is not just by players, but also by those on the side-lines and in stadiums. It was so hard to choose our shortlist and now I’m really excited to see what the public vote their winner and see it turned into a coin.”

James Kendall, Director of Football Development at The FA, said: “Respect can be such a complex issue to illustrate and demonstrate, so I was amazed at the variety of all of the entries that were submitted. I think we have a really strong shortlist that captures the power that football can have to change opinions and behaviours. I loved the thought that these kids put into their coins and the level of detail they went to when describing what respect meant to them as well. I think they will work brilliantly on the coin and as a symbol of mutual respect going forward. This will be a tough one to decide for sure.”

The winner will then be announced during the week beginning 9th August. Not only will the winning design be featured on the coin which will be used across the country, but they will also win two tickets to an England game at Wembley Stadium connected by EE. Alongside this, all shortlisted entries will receive a tour of Wembley Stadium alongside other goodies
Have your say on what the future of respect in football looks like and cast your vote! 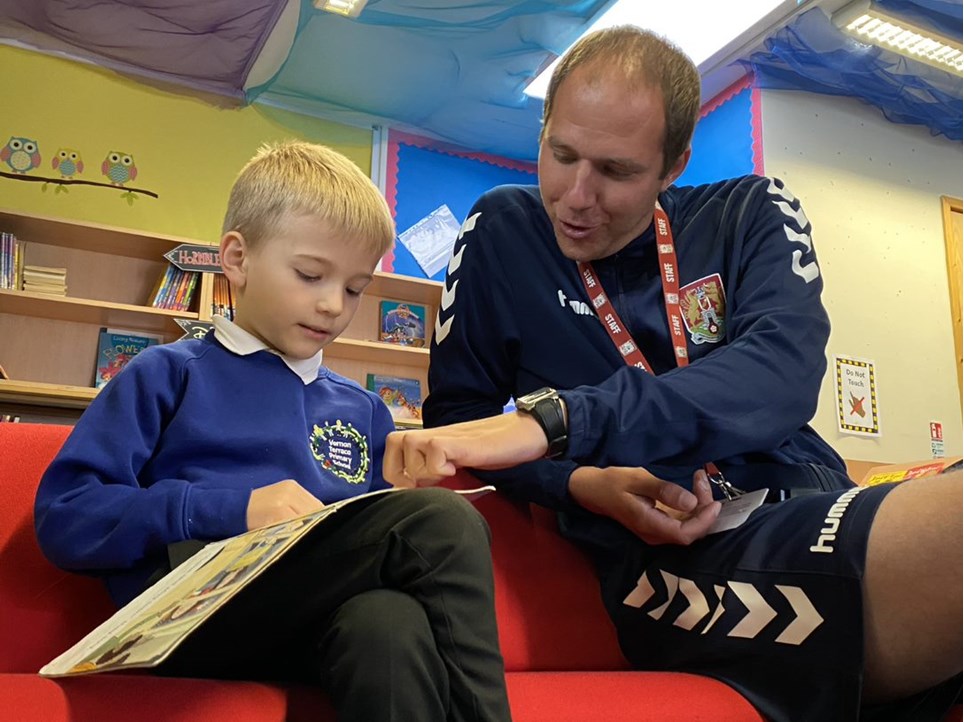 VACANCY FOR AN EDUCATION AND SPORT MENTOR 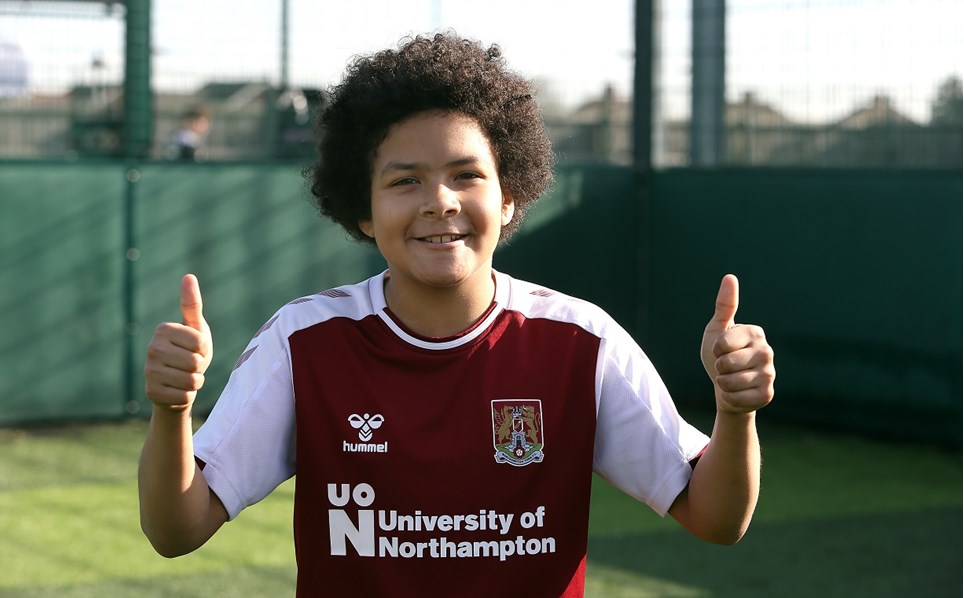 
The Northampton Town Community Trust are running football and disability fun courses during the October half term. 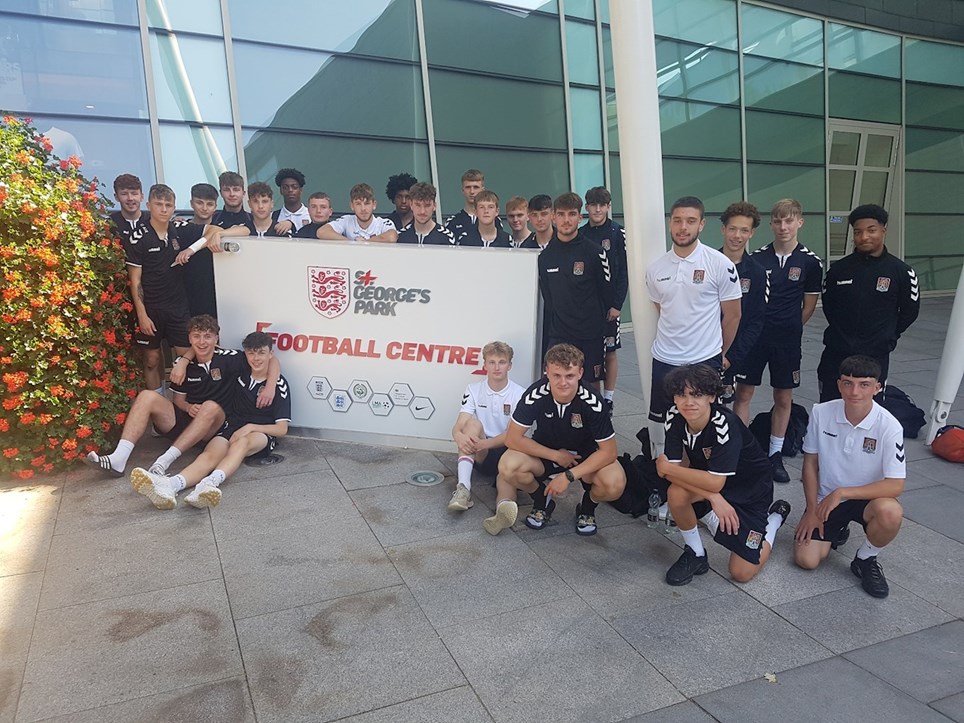 
On Monday and Tuesday, a group of 25 Northampton Town FC FEP scholars had the opportunity to visit the home of England, St. George's Park, as a part of their coaching unit for their BTEC... 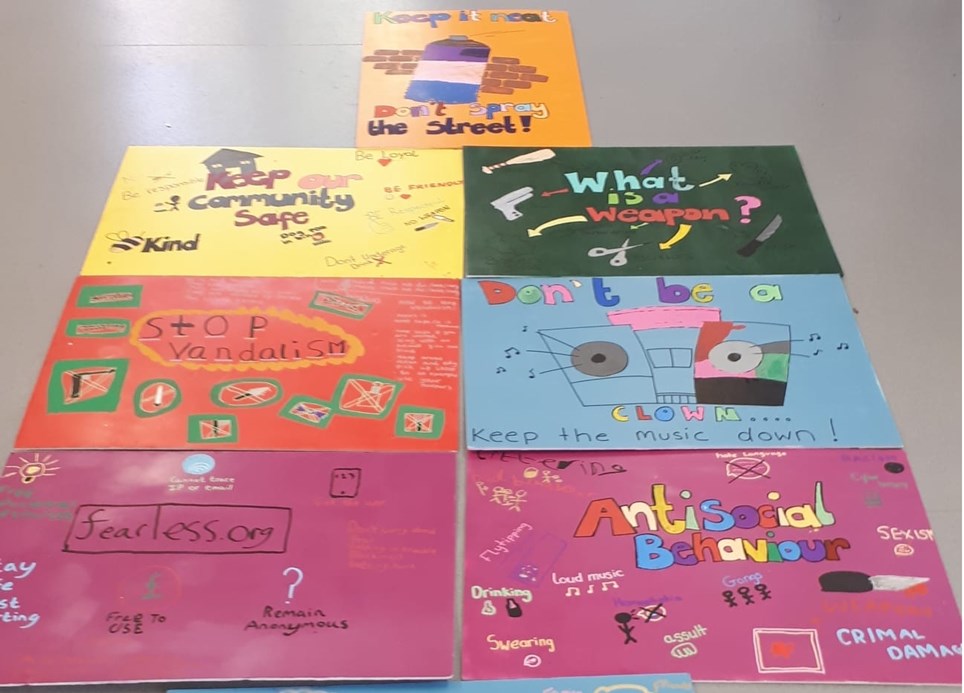