Northampton Town Under 18s manager Jon Brady expects his team to 'give everything they’ve got' when they travel to Leyton Orient on Saturday morning.

The match is the youth team’s first EFL Youth Alliance League fixture of the year.

Brady said: “It’ll be good for the boys to get back playing.

“We’re the lucky ones because a lot of the country is shut down but we still get the opportunity to play.

“We’re going to go into the game to enjoy it and attack it.”

The young Cobblers’ opponents sit bottom of the table going into the match, but they are unbeaten in their previous two fixtures.

Brady added: “They’ve had an upturn in form in their previous two games.

“Their previous form hadn’t been too great, but they’ve started to turn things round.

“We’ve prepared as well as we can this week, but we’ve got a fair few bodies out at the moment so we’re going down there with minimum numbers.

“However, we look forward to the challenge and it gives other players an opportunity.”

As the festive break comes to an end, the Cobblers youngsters are looking ahead to the second half of the season.

Brady said: “It’s decision time soon for the second years and the first years are pushing on to put their stamp on the team.

“I expect the players to give everything they’ve got.

“They’ve worked so hard to get to this point and we’re looking forward to them performing at their best.”


Northampton Town Under 18s came from behind to win 2-1 away to Leyton Orient in the EFL Youth Alliance League South East on Saturday.


Northampton Town Under 18s bounced back from consecutive defeats with a 3-2 win at home to AFC Wimbledon in the EFL Youth Alliance League South East on Saturday. 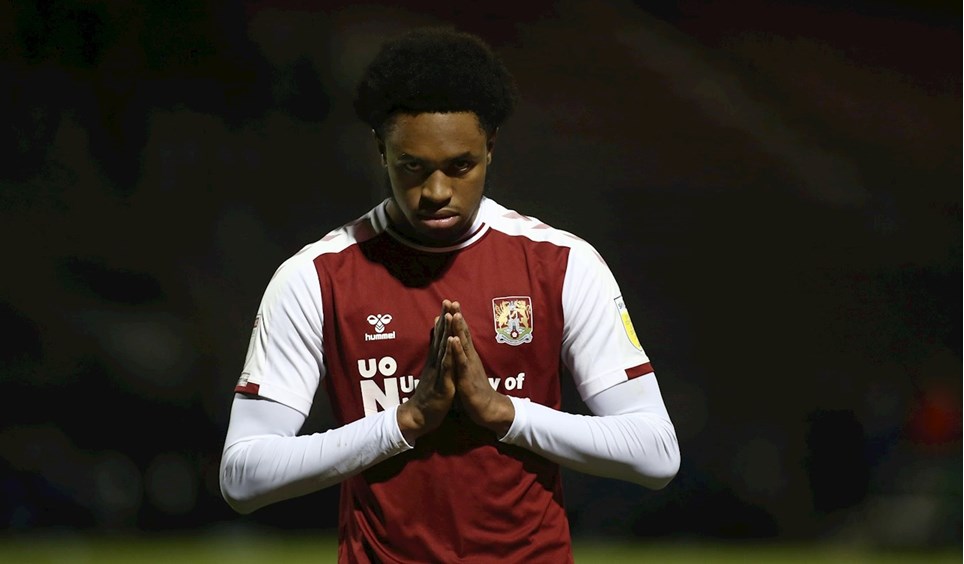 
Northampton Town manager Keith Curle has spoken of his pride at the number of young players coming through the club's academy player pathway and in to the first team.