Cobblers boss Keith Curle praised the efforts of his young players as he reflected on Wednesday night’s second round Carabao Cup tie at Bristol City.

Curle felt that City's quality and extra depth came through in the end but praised the way his young squad went about their work.

“For 60 minutes we kept our shape and showed great discipline,” he said.

“It was a good learning experience for the three academy lads, to be competing on the same pitch with some fantastic players and against a club who have aspirations to be in the Premier League will have been a real learning curve.

“We were competitive and there were positives.

“The young players coming through are part and parcel of our squad and we want there to be that pathway here for them.

“The best place to learn is out on the pitch, everything about us is about our learning, improving and developing and we will learn the lessons from this game even though we were up against a very good side.” 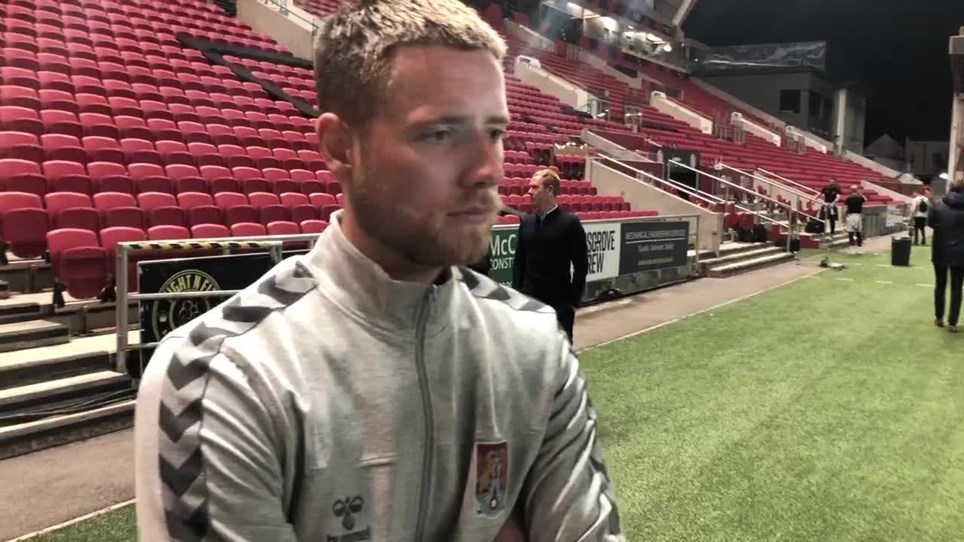 
Fraser Horsfall reflects on the Carabao Cup second round tie at Bristol City.