Brady, speaking at training on Friday morning, said "We’ve worked very hard all week, and it’s been intense and organised.

"The boys are in good spirits and they’re looking forward to playing with a bit of freedom on Saturday.

"We can take confidence from last week’s result and really go for it this weekend."

The Gills match has been reversed with the game now being played at Moulton College, and Brady added, "It’s great to be at home because it’s a big advantage.

"Our home record over the last three years has been really good.

The squad has struggled with injuries and illnesses early in the campaign, but some of the players are starting to return to full fitness.

Brady said, "We’ve nearly got everybody back which is great.

"It’s just about giving players minutes the right way so we don’t cause any more injuries.

"We can’t help illnesses because that’s just the way things are at the moment.

"‘If we can build-up players’ strength and endurance, we’ll have a good squad back together when we’re at full tilt."

Northampton Town have been drawn at home to Cambridge United in the first round of this season's FA Youth Cup. Ties to be played before November 7th.


Northampton Town will host Cambridge United in the first round proper of this season's FA Youth Cup.


Northampton Town Under 18s manager Jon Brady wants his team to be 'ready to go' when they travel to AFC Wimbledon in the EFL Youth Alliance League on Saturday morning.

JON BRADY REFLECTS ON WEEKEND SUCCESS FOR THE UNDER 18S


Northampton Town U18s manager Jon Brady was full of praise for his defence after his side beat Gillingham 3-0 at home in the EFL Youth Alliance League on Saturday. 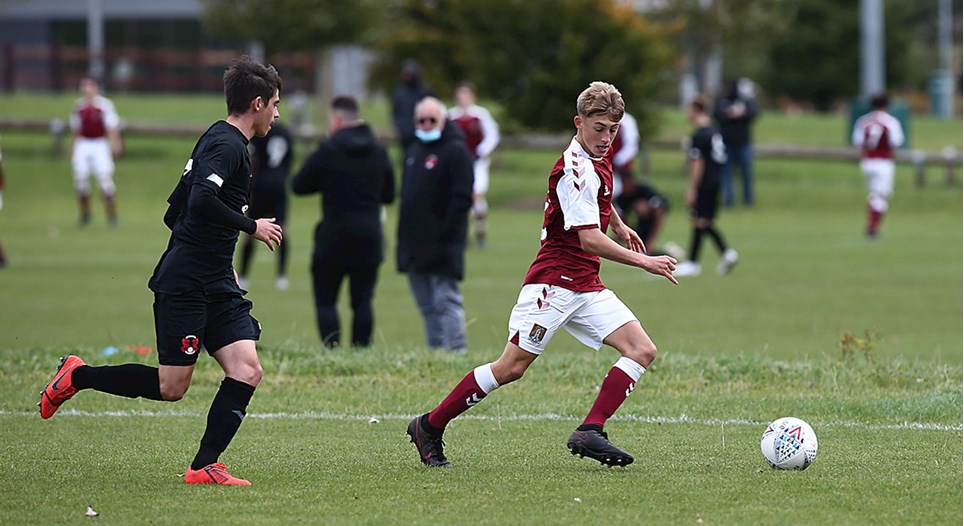 
The Northampton Town U18s scored their first goals of the EFL Youth Alliance League season as they secured a 3-0 win over Leyton Orient at Moulton College on Saturday morning.