Harry Smith hopes his brace in Northampton Town’s win over Burton Albion at the weekend proves to be a springboard for his season.

The striker netted his first and second league goals of the campaign during the Cobblers’ 3-1 victory at the Pirelli Stadium, and the 25-year-old revealed he hopes the goals will prove the springboard to a good run of form.

"If I’m honest, my confidence has been very low," admitted Smith after Saturday’s win.

"I’d been craving that first goal and it’s crazy how much of a release you feel after it. I think it helped my game massively and then I got the second.

"Ask any striker – the longer you go without scoring, the more pressure you feel.

"I just want to keep working hard. Hopefully things start to fall for me a bit more often and I can kick on and show people that I am good enough to lead the line and play a big part here." 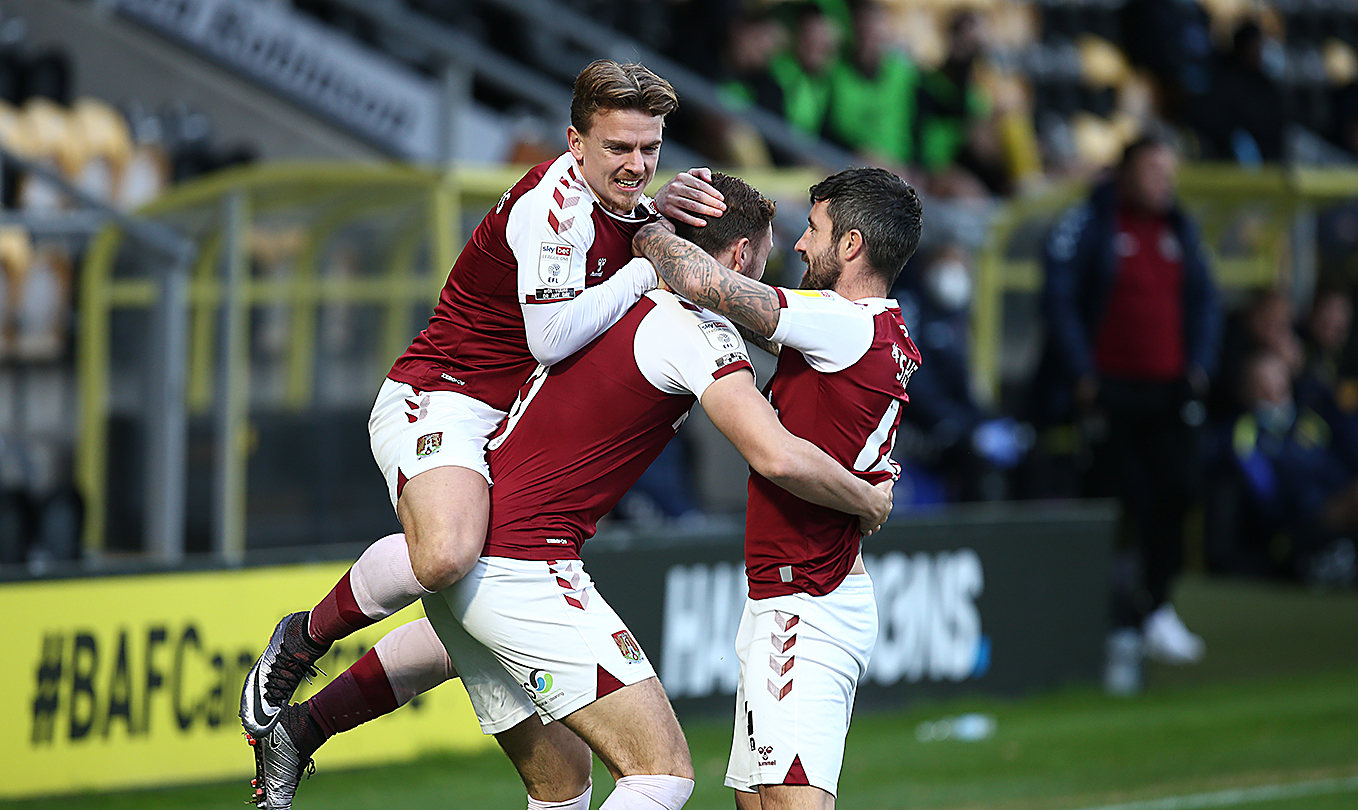 Smith felt the victory in Staffordshire was an important one, and he wants to see the side make it two on the bounce when they visit Rochdale on Tuesday evening.

"It was a huge win," said the striker. "It wasn’t a season-definer but the main thing was going to Burton, getting three points and rolling on to Tuesday."

Thank you to Easewell Barn Cafe for sponsoring Harry this season.