September started with the closing of the summer transfer window.

It was one in and one out at the PTs Academy Stadium on deadline day with winger Egli Kaja joining on a deal until January while left-back Joe Bunney had his contract cancelled by mutual consent, later signing for Bolton Wanderers.
There was then another signing later that same week with free agent full-back Michael Harriman also signing on a deal until January.
On the pitch the month started with a 2-0 home defeat to Peterborough United in the Leasing.com Trophy before a 2-1 loss at Bradford in the league. Charlie Goode opened the scoring but two goals in the last 13 minutes turned the game in the home side’s favour.
The Cobblers then recorded back-to-back wins, beating Newport County 2-0 at the PTS with goals from Andy Williams and Sam Hoskins, and winning 1-0 away at Stevenage where Harry Smith scored the winner in the second half before being sent off 12 minutes later.
A Chris Lines penalty and a goal from Shaun McWilliams then seemingly had the Cobblers on course for three wins on the bounce, until Crawley scored twice in the last 20 minutes to snatch a point at the PTS, Josh Doherty’s deflected equaliser coming deep in stoppage time.
A first half brace from Jordan Turnbull had the Cobblers 2-0 up and in total control away at Morecambe but there was once again to be a sting in the tail after Adam Buxton pulled a goal back on 72 minutes, veteran Kevin Ellison scoring a stoppage time equaliser.
Away from the action on the pitch there was also some extremely sad news in September when it was announced club president Bob Church had passed away.
Bob became a Director of Northampton Town in 1986 and served on the Board for 10 years, before becoming the Club President.
A huge Cobblers fan, even though his health was failing in recent years, Bob was still a regular attender of matches at the PTS Academy Stadium, and remained hugely supportive of the club.
Beyond football, Bob was a world champion fly fisherman. Bob’s medal tally includes team gold medals at the world fly fishing championships in 1987 and 1988 and European team gold in 1990.
This was how the league table looked at the end of the month: 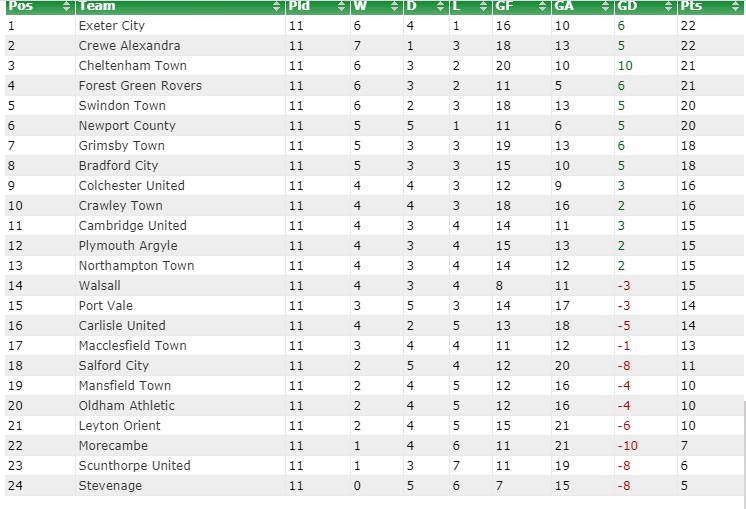