For the next instalment of our #MyJourneySoFar series, Nicky Adams talks us through his career in detail...

Developing a love for the game and idolising players…

“Football has always been my life, ever since I can remember. I always used to follow my brother and my Dad wherever they’d go. My Dad played in really good local teams and he managed them as well so every Saturday, Sunday and midweek I’d go with him to the games. My brother was at Bolton Wanderers when he was young, so I’d watch him too, he’d have me out in the street practising my skills with him every day! I looked up to both of them and wanted to follow in their footsteps.

“I used to watch any football that was on. I remember staying up to watch the 1994 World Cup and that iconic Brazil team with Romario, Bebeto and players like that. My brother loved Italy and I remember when it went to penalties in the final, that was my real first memory. I also looked up to Paul Gascoigne during Euro ’96. He’s one of my heroes and watching him helped me fall in love with football. I loved watching the Brazilian Ronaldo, Paul Scholes and Ryan Giggs, too.

Starting my youth career and signing professionally for Bury…

“I started playing at under 10’s for AFC Bolton and we had a good little team which attracted Manchester United, and they picked me up from there. I was there from 10 to 16 years old and it was great for me because they teach you so much, including good habits and things that help set you up for your career.

“I signed for Bury when I was sixteen after I left school and I’d just been released by United. I was playing for my local town team and was spotted by Bury, Stockport and Bolton. Bury offered me a scholarship which was massive for me and I lived 10 minutes away, so I went there and it’s the best decision I’ve ever made because they gave me my chance in professional football.

“Alan Knill was the manager at the time, and he’s a person Northampton fans know well. He was brilliant for me, he just told me to go out there and perform without any shackles on, and so was Chris Caspar who gave me my debut at 18. I scored on my Football League debut which was a special moment for me because that’s all I grew up dreaming of. I was heavily involved over the next couple of seasons and that led to opportunities with Wales under 21’s.

International memories and a big move to Leicester City…

“I have some unbelievable memories, we played qualification games against England, France and away in Romania. The atmosphere in Romania was incredible. It was a packed house and very hostile, but it was an unbelievable experience playing there. We had the likes of Aaron Ramsey and Joe Allen in our team, so it was great to play with them. We actually got knocked out by England 5-4 over two legs but there’s no shame in that as a lot of their players went on to play for the senior team, and it was an amazing experience for me as a young player.

“I then signed for Leicester City. I remember at the time there was quite a bit of interest because I was a young lad playing regular first-team football. I went to meet Nigel Pearson and his staff, and they were brilliant from day one. I got in the car after our meeting and knew I was going to choose them. People ask me about Nigel and he’s a top guy. I played a lot of games under him and was involved when we won League One to get into the Championship. That summer, I really went away and worked hard, I was in the gym getting stronger and fitter and that paid off as I was getting games in the Championship, and to play at that level is a big reward for any player because the standard is excellent.

“I had two and a half good years there, played with some top players and we only just missed out on promotion to the Premier League after losing in the play-offs. Nigel ended up getting sacked and my game-time became more limited due to the new manager bringing in a lot of new players, so I moved on to Brentford.

"It was a difficult one though because I got injured at Leicester towards the end of the previous season and I’m not sure I really fully recovered in time to fit in properly at Brentford, and the style of play didn’t really suit me as a player. It’s a great club but it just wasn’t the best fit at the time so it made sense to move elsewhere.

“Missing that pre-season was key and I didn’t really get fully fit until January. I moved to Rochdale from Brentford and played a lot of games there under Keith Hill and Dave Flitcroft. They were great for me and got me back playing and back to the level where I’d been at in the past. It was a good season, we only just missed out on the play-offs in League One and then I went on to have a really good experience the following season with Crawley, too. Richie Barker was the manager along with Steve Coppell and we had a really good side, again just missing out on the League One play-offs and but I felt I played some of my best football there so I was really thankful for that opportunity.

“I had a really good six months with Rotherham to start with, we got promoted but then I had a bit of a fall-out with the manager. We had a really good team there and won the play-off win at Wembley, but I don’t think me and the manager could work again from that point but that’s football and it made sense for me to move on and it allowed me to go back to Bury.

Moving back to Bury before joining the Cobblers…

“I had a lot of offers to join League One teams at the time but they were all London based clubs, and I wanted to be north so I was closer to my family. I hold Bury dear to my heart always and I’ve got nothing other than good memories from my spells there and I really hope they can work their way up as quickly as possible. We had a great team and got promoted but again things happen in football and I decided it was best to move on, and that’s when I spoke to Chris Wilder and Northampton.

“That first season was amazing, I tell everyone about it. I’ve got a lot of memories from my career, but I always say the best ones are winning promotion with Northampton and last season at Bury. Again, we had a special team and I’m still close with a lot of the players now, I can’t speak highly enough of everyone that was involved that season and there’s still people involved now that were there then, and that’s great.

“We were involved in some very special games that will always stay with me. It’s a shame how it ended but like I said earlier that’s football. Chris and Alan did an unbelievable job and deserve to be where they are now, and hopefully we can have another strong end to the season to create more special memories for the supporters.

Moving to Carlisle, working with Keith Curle and another promotion at Bury…

“Keith had shown interest in me before I joined Northampton but I’d given my word to Chris and ‘Knilly’ and once I do that, there’s no going back for me as I’m a loyal person. Keith then got in contact with my agent again 12 months later and as soon as we met I knew straight away that the man sounds true to his word and my first impression of him was really good.

“We came so close to achieving good things with Carlisle and I still feel like I owe the manager and his staff something, and that’s why every time I go out there I give my all for the team. We went so close, but we lost a couple of players in the winter transfer window and only just missed out in the play-offs. Then the following season we had another good go and were in and around the play-offs again, but I picked up the dreaded bad injury which Keith really helped me with and I can’t speak highly enough of him.

“I managed to get back fit before going back to Bury and despite everything that was happening off the pitch, we still went on to have an unbelievable season and win automatic promotion. Ryan Lowe and his staff were first class and I hold them in such high regard. We had a great team and I’ve made friends for life from my time there, it’s a shame how it all ended but like I say I hope with all my heart that they can work their way back up to where they belong because it’s a club that means the world to me.

“Then in the summer, I had the opportunity to come back to Northampton with Keith. I was on holiday at the time and I think he was trying to get me a plane home! But I game him my word and came back to another club which I hold in such high regard and we’re in a really good position now. When football continues I’m hoping we can have a real strong end to the season, we’re praying we can get over the line and I want to do it for the manager and his staff as well as the supporters.” 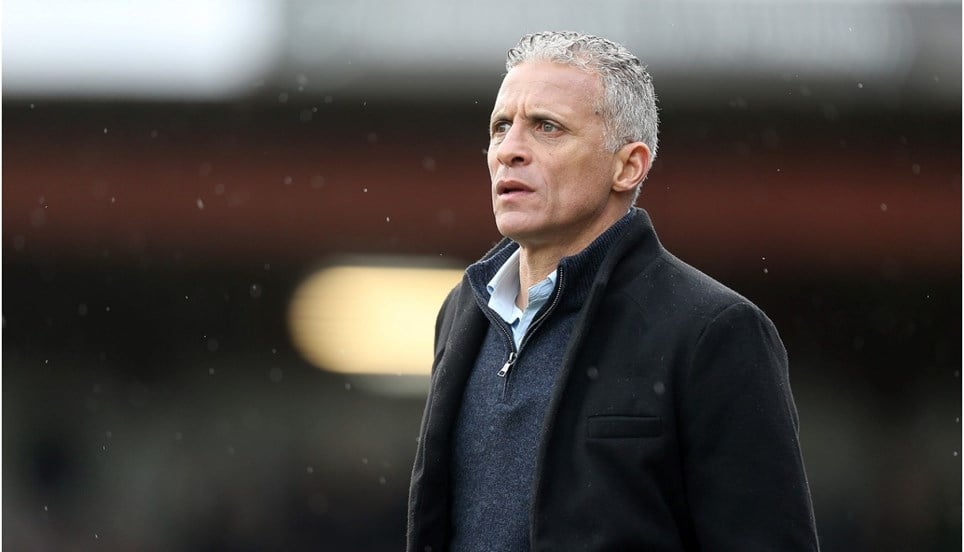 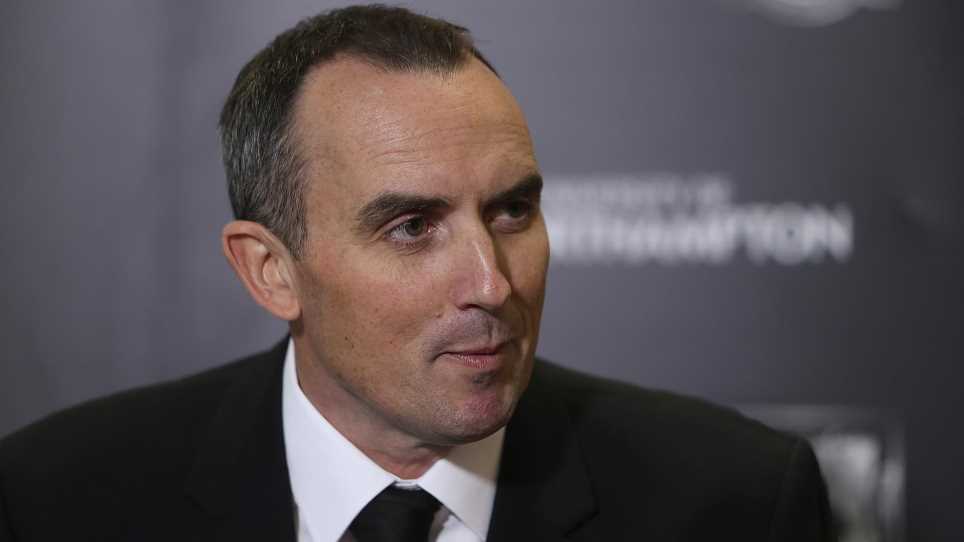 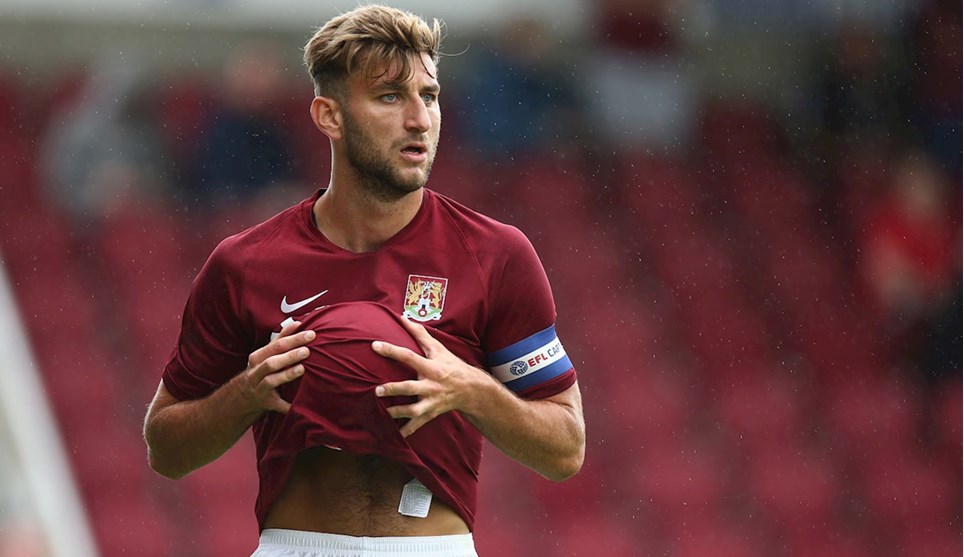 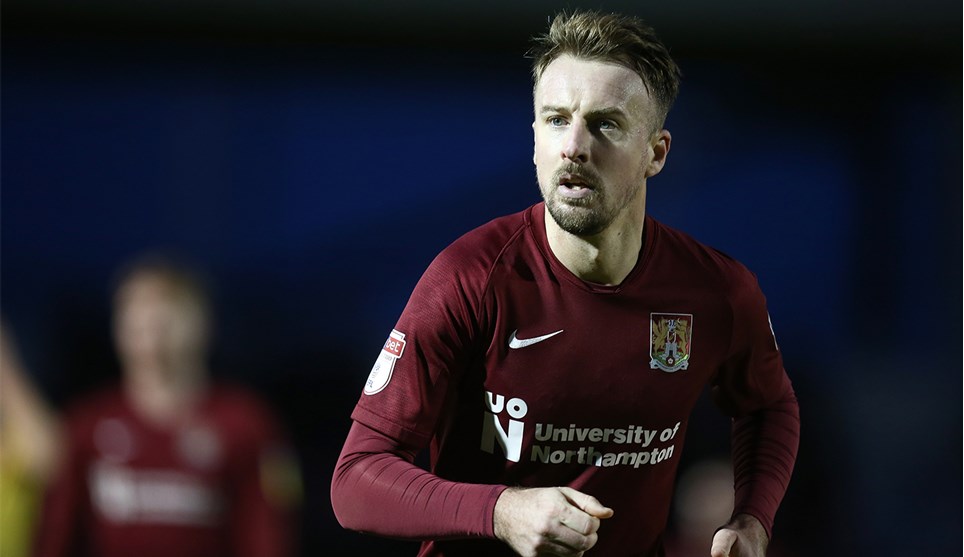