Ian Atkins managed Northampton Town through the second half of the 1990s.

After finishing at the foot of the Football League in 1994 and only staying up because Kidderminster Harriers' ground was not up to standard, just three years later, the club were playing at Wembley in front of 32,000 Cobblers fans.

The following year 42,000 Northampton Town supporters were present as they got to within a game of the second tier.

Atkins oversaw a huge transformation in the club's fortunes and in a three part interview, we look back on Atkins' time in charge of the club with the man himself.

In today's second part, we pick things up after the win over Swansea City in May 1997 and cover the next twelve months, ending with the play off final against Grimsby Town.

"Neil Grayson has been a terrific servant to the club but Hereford offered us money for him and I worried he might struggle with the step up," said Atkins. "Carl Heggs had played against us for Swansea, he played in same position and was the same price and a lot younger and so we did that deal.

"In that first leg of the play offs at Bristol Rovers everything went wrong. I always remember Graham Taylor ringing me, he was away in Majorca and he said he couldn't believe we conceded three goals. It just wasn't like us but it was just a day when everything that could have gone wrong, did. We were 2-0 down and just after half time it went to 3-0 but we also knew if we could get one goal it could change things so we threw caution to the wind a little bit.

"We kept things as they were until about fifteen minutes to go and then we had a go and Gayley got the goal back. I remember the tannoy at Bristol Rovers boasting about them going to Wembley and that was a real motivation to us. We kept reminding the players of that and that Bristol were beatable. We just had a bad day in the first leg, we were lucky it was still only 3-0 when we got it back to 3-1 but it kept us in the tie.

"We trained the next day and worked hard. The players moaned about it a bit but we worked the back four really hard but afterwards we all went for a drink and after a couple of beers they loosened up and opened up and the banter came back and we started to wind it up a bit and you could feel the belief and the determination lift.

"By the next morning the tension had gone and the players knew we still had an opportunity to get to Wembley. On the afternoon of the game I went for a meal with Kevin Wilson and Garry Thompson and Thommo said to me 'We are going to win tonight aren't we?' I was very relaxed I knew we would. I had a very good feeling and a lot of trust in that group. We got all the build up right to that second leg and the players responded superbly. They were the most charged up team I have seen. The energy was incredible, it was some night, the atmosphere was electric and we deserved it."

Hear the second part in full:

IFOLLOW FREEVIEW: RELIVE THE VISIT FROM BLACKBURN ROVERS IN DECEMBER 2017


Watch the full 90 minutes back from the visit from Blackburn Rovers in December 2017. 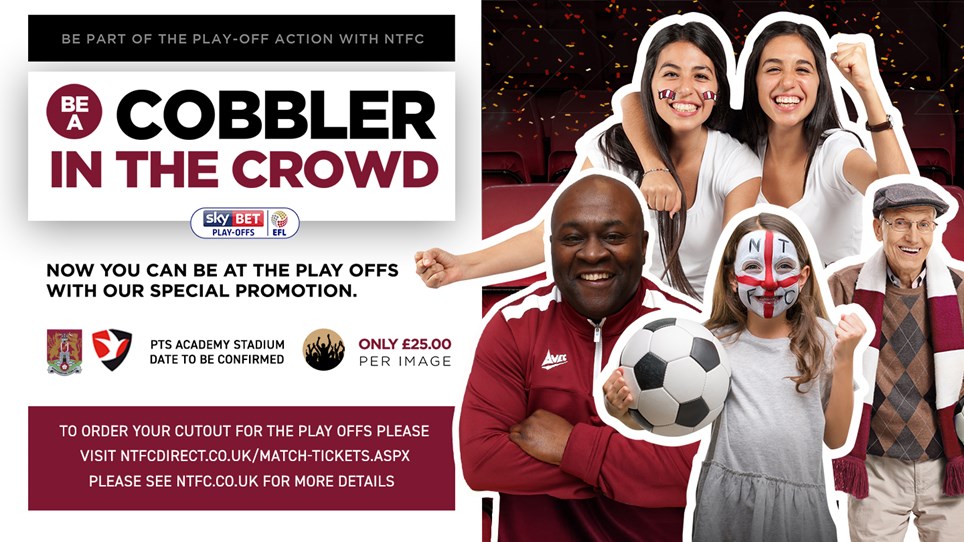 BE A COBBLER IN THE CROWD FOR THE PLAY OFFS!


Now you can be ‘virtually' inside the PTS Academy Stadium for the proposed play off semi final first leg against Cheltenham Town with our Cobbler in the Crowd promotion! 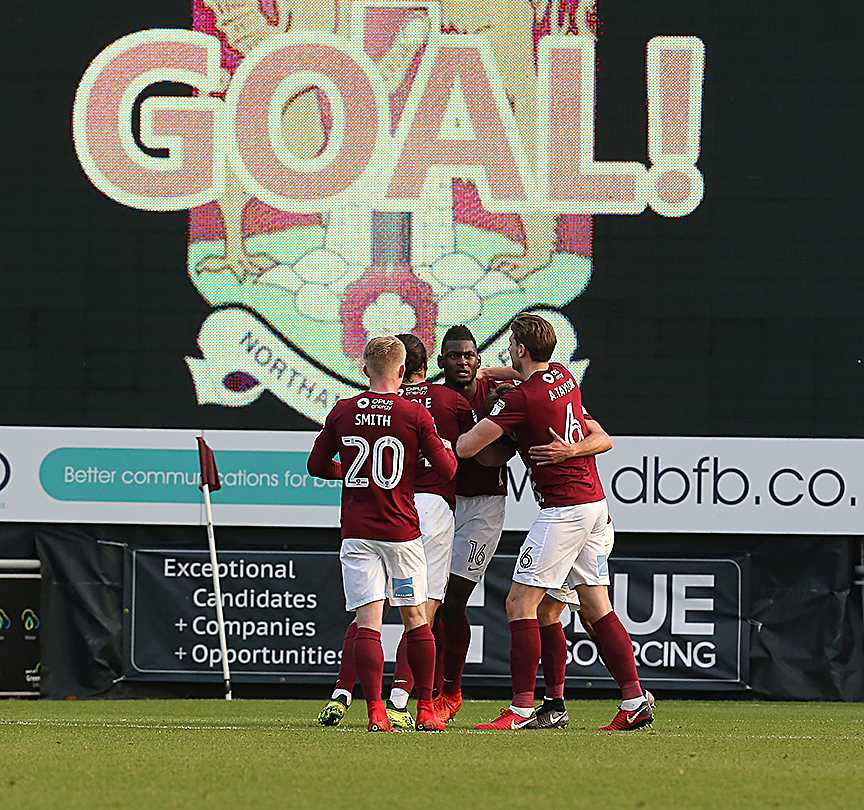 
We will be bringing you another iFollow Freeview on Saturday. 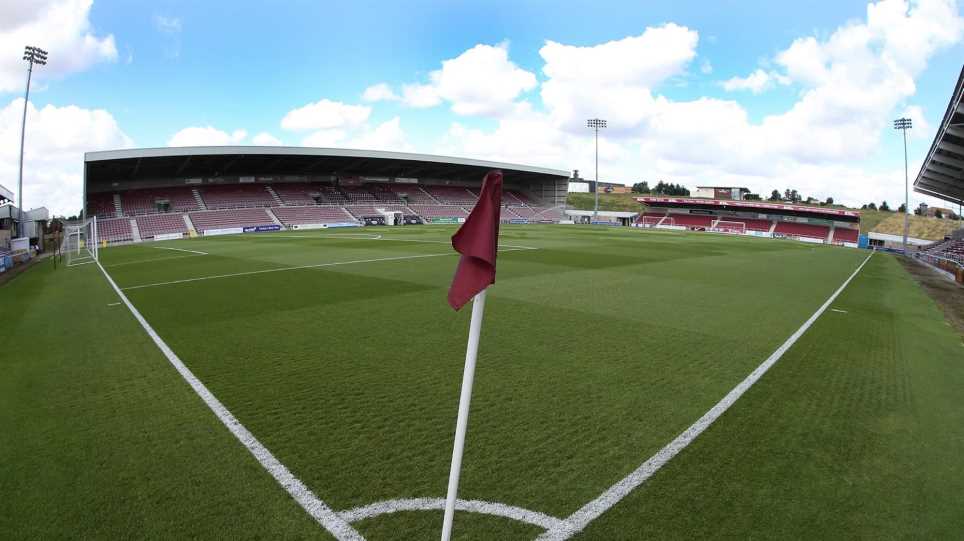 
Following the most recent round of COVID-19 testing that took place on Tuesday, we are pleased to confirm that all Northampton Town players and staff tested negative.