Congratulations to the Northampton Town under 16s who have won their EFL Youth Alliance South East Division table. 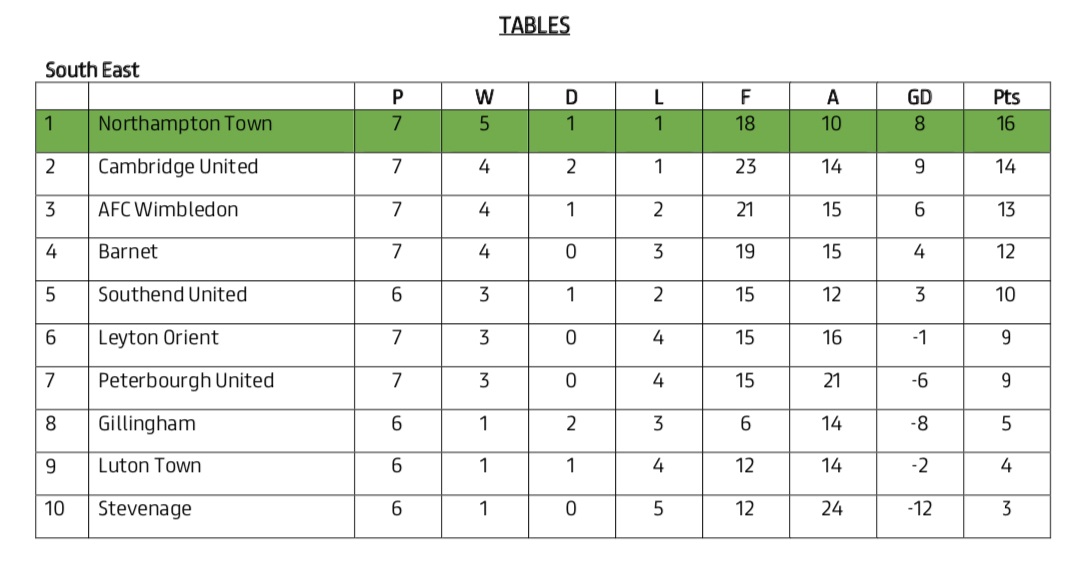 This means the Cobblers under 16s retain the title they won last year and with the under 18s also top of their league, the Northampton Town Academy currently lead both sections.

The under 16s, who are coached by Gary Mills and Jim Scott, will now go on to play the winners of the South West Division in the next stage of the competition.