Having initially joined Northampton Town as an under 11, Glenn Middleton is now a regular for both Scottish Premier League giants Rangers and the Scotland under 21 national team. We caught up with Glenn to find out more about his rise from the Cobblers Academy…

“We initially moved to Northampton because of my dad’s work, he was relocating to Brackmills,” said the 18-year-old.

“He used to originally travel to and from Northampton from Glasgow for work before we all decided to move, and that’s when I started playing football more regularly.”

“My dad set up a team at Bugbrooke St. Michael and that started from the under 7 age group. I played for them until I was an under 11 and that’s when I was spotted by Northampton Town.

“There were a few people throughout the Bugbrooke age groups that had connections with Northampton and one day a scout came along to watch me in a game. I was given a trial and the coach at the time, Nigel Anderson, was impressed and thankfully I managed to do enough over the trial period to get signed.”

“I learnt a huge amount whilst I was at Northampton, the first year I played there was fantastic and it was a really exciting time for me. Obviously at that age it’s fantastic to be playing at a professional football club and I loved it. The sessions were always really good. We used to mix up playing outside with indoor sessions at Moulton College and that helped develop a different side to my game.”

Glenn stayed with the Cobblers until 2012 before signing for Norwich City under the Premier League Elite Player Performance Plan (EPPP). This means that Premier League clubs can sign young players from teams in the lower divisions to help aid their development.

“The move to Norwich came and that was quite a big step forward for me at the time. I found moving quite hard in the beginning to be honest because I obviously had to move school and leave my friends behind.

“I was at Northampton School for Boys and I was really enjoying it there. I enjoyed going to school so it was probably the hardest part to leave. I then moved over to Norwich and joined a boarding school whilst my family stayed back in Northampton so it took a bit of time to get used to.

“But after a bit of settling in it just became second nature to me. I just got my head down and concentrated on my football and tried to concentrate on developing as a player. I was there for 5-6 years and they taught me a huge amount. There’s no doubt that being with both Norwich and Northampton as a young player has helped me get to where I am today.

“I still keep a keen eye on the Northampton scores, I’m always checking the results! They look to have turned a corner since Keith Curle has come in as the manager which is great to see.”

Glenn was also part of a young Cobblers age group which contained both Fraser Hornby and Sean Whaler. Fraser joined Everton in 2014, also under the EPPP ruling, whilst Whaler is now a member of the first-team squad here at the PTS Academy Stadium.

“Myself and Fraser have been in a few Scotland squads at under 19 and under 21 level together so I see him a fair bit when we meet up. Then whenever I’ve got time off I try to come back to Northampton and I catch up with Sean Whaler from time to time. It’s great to see him in and around the first-team squad now.”

“Whenever I get the chance to come back to Northampton I make sure to come to the games when they don’t clash with our schedule. Whilst I was with Norwich I’d come back most weekends to visit the family and come to the Northampton games with my dad and I wish them well.”

After spending 6 years with Norwich City, the opportunity arose for Glenn to return to Glasgow with his boyhood club, Rangers. It was an easy decision for the Glaswegian having been a big supporter of the Ibrox club since an early age…

“Rangers showed interest and it was pretty straightforward for me to come. I’m a Rangers fan so it was an easy decision to come and play for the team that you’ve always supported and it couldn’t have gone much better so far. I felt it was the right time to move on and I was ready for a new challenge.

“Graeme Murty was my youth team manager at Norwich before leaving for the youth team at Rangers. They then sacked their first-team manager and he was promoted up and put in charge. Graeme obviously knew me from my time with him at Norwich and he decided to sign me for Rangers.

“Now Steven Gerrard is the manager and he’s been brilliant, and all of his assistants are great too. I’ve obviously watched him on the television whilst I was growing up and he’s someone you can learn a huge amount from.” 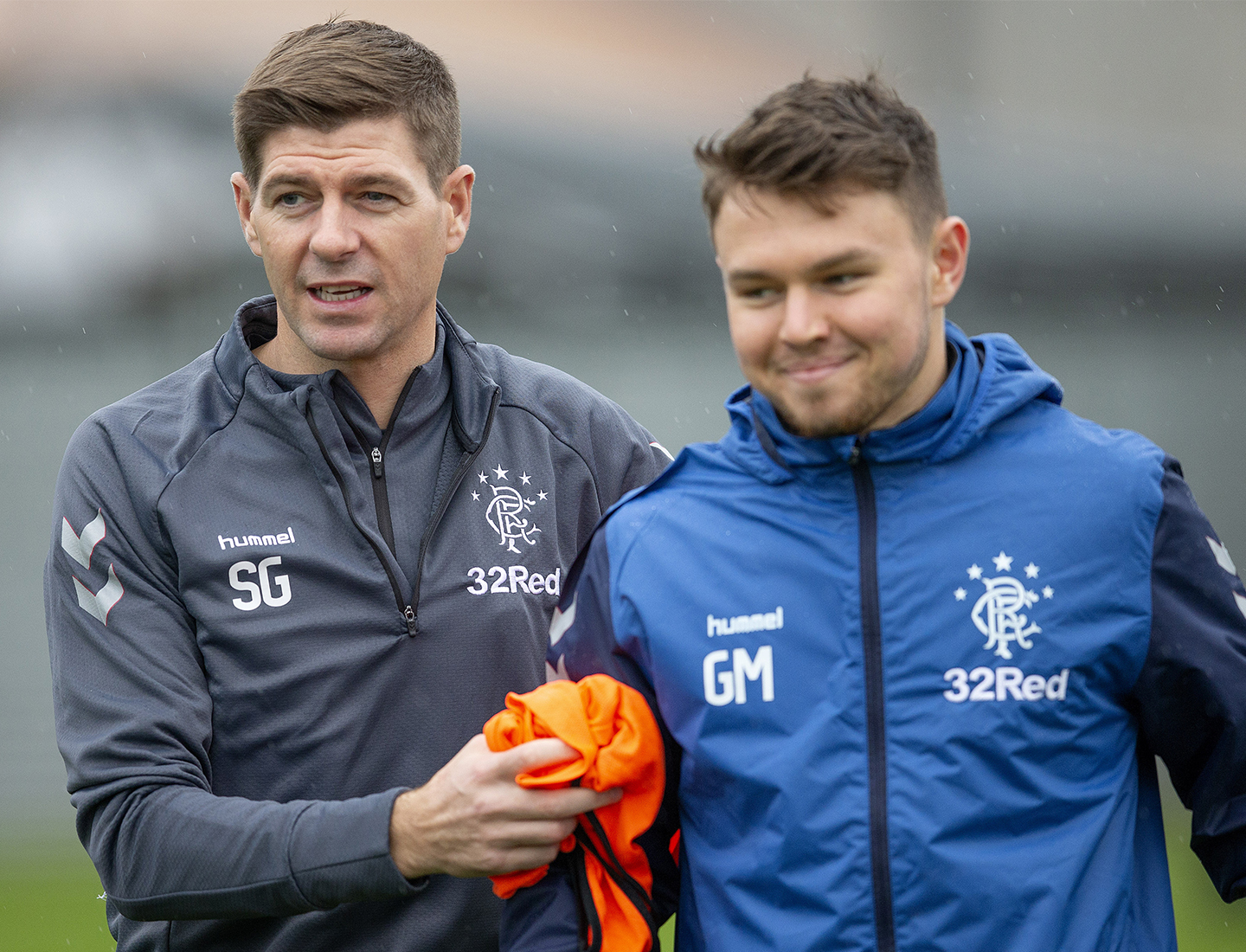 With the Northampton Town under 18’s and under 16’s top of their respective leagues, the Cobblers Academy is currently in a good place. Having worked his way up the ranks between Northampton, Norwich and Rangers; Glenn had some advice for the young players who’re currently trying to one day make it as a professional footballer…

“Every day you need to show how much you want it. You need to impress both on and off the pitch and look after yourself in the right way, regardless of the age you are.

“When I was with Northampton I was a lot younger and I found playing a variety of sports helped me to develop different skills that I could apply in football. Staying active is key and just show how much you want to make it.”