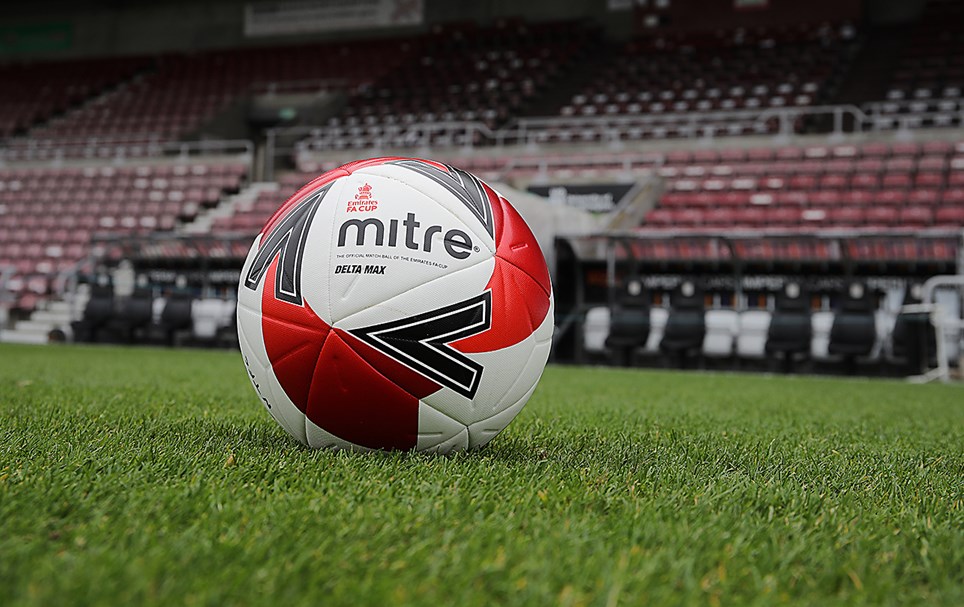 
The Emirates FA Cup first round replay between Cambridge United and Northampton Town is scheduled to take place at the Abbey Stadium on Tuesday November 16th at 7.45pm.

Jon Brady named a strong side for Northampton Town’s Emirates FA Cup first round tie against League 1 side Cambridge United at Sixfields. Aaron McGowan missed out through injury while the club’s youngest ever player, Josh Tomlinson, was named on the bench having made his debut in midweek. In a change of regulations for the competition teams were allowed to name nine substitutes of which five could be used.

The Cobblers took an early lead through Kion Etete who having latched onto a ball over the top from Sam Hoskins made a strong run into the penalty area before finishing low past Dimitar Mitov. It was a terrific goal from the Spurs loanee who showed real strength and composure to score after beating the off-side trap.

Cambridge weren’t behind for long though with Sam Smith heading in Jack Iredale’s free-kick to equalise. The goal lifted the U’s with Paul Digby shooting over from range before Dominic Revan made a vital block.

Liam Roberts made a superb reaction save to deny Joe Ironside as the U’s continued to press but it was the Cobblers who regained the lead through Paul Lewis, the midfielder scoring from close range after a good run into the area and lay-off from fellow goalscorer Etete.

The U’s started the second half brightly and it needed a headed goal-line clearance from Fraser Horsfall to preserve the Cobblers lead.

Shaun McWilliams drilled a shot just wide after a bit of pinball on the edge of the area before Smith went close at the other end with a curled effort narrowly over the bar. Jon Brady was shown a yellow card for his protestations against a decision before Sam Hoskins saw a shot blocked behind for a corner.

It was a pulsating cup tie and Conor Masterson bundled the ball home from a free-kick as Cambridge levelled things up for a second time midway through the second half.

Dimitar Mitov made a great save to keep out a spectacular overhead kick from Mitch Pinnock as Danny Rose and Dylan Connolly came on in a double change.

Both sides pushed hard for a winner with George Williams going close for Cambridge and Revan seeing a shot blocked at close range but it ended 2-2 with a replay required in ten days time to see which side would progress into round two.

CAMBRIDGE MATCH STATS (first half in brackets, match total out of brackets)


The Emirates FA Cup first round replay between Cambridge United and Northampton Town is scheduled to take place at the Abbey Stadium on Tuesday November 16th at 7.45pm.

We are aware of an issue with the online ticketing system, this has been reported to our ticketing provider who are working on a solution.

We are not expecting online ticket sales to return before kick of, but tickets remain on sale from the ticket office in person and via 01604 683777. Tickets are available on arrival but please arrive early as expected to be very busy. Thank you for your support

As always, early arrival is recommended. Thank you for your support. 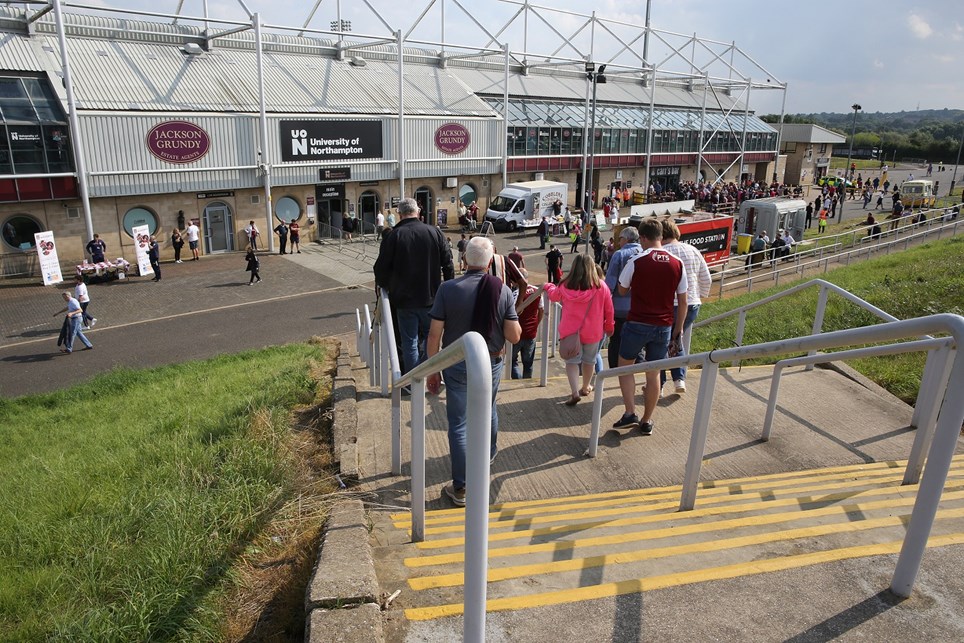 
Northampton Town Football Club looks forward to welcoming you to Sixfields for the Emirates FA Cup tie with Cambridge United on Saturday (3.00pm kick off). 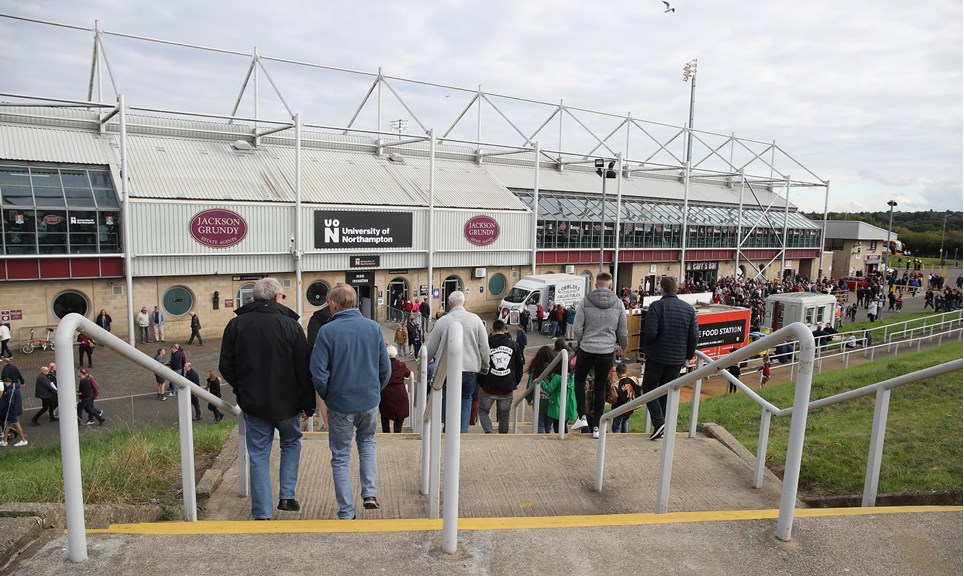 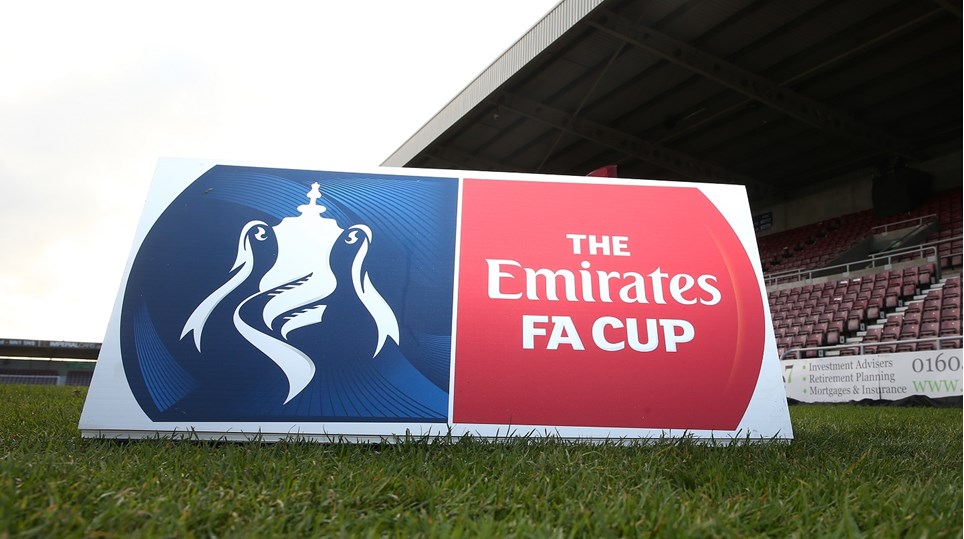