Sent off:
Cobblers: none
Tranmere: none

There was a bumper crowd at Sixfields for the club’s 125th anniversary fixture against fellow promotion contenders Tranmere Rovers.

The Cobblers went into the game second in Sky Bet League 2, one point ahead of fourth-placed Tranmere.

Jack Sowerby returned from a knee injury and Ali Koiki started at left-back as Jon Brady reverted to a back four. On-loan Cardiff City striker Chanka Zimba was back on the bench after missing the past few weeks with a hamstring strain while former Cobblers midfielder Sam Foley was amongst the Rovers substitutes.

Before the game got underway there was a period of applause in support of the people of Ukraine with Tranmere opting to play in the Ukraine colours. The Cobblers wore a special chocolate and blue kit as part of the club’s birthday celebrations.

Tranmere had the first effort of the afternoon with Liam Roberts tipping over a Josh McPake shot from an acute angle.

Louis Appere and Paul Lewis both tried to find a finish after Ross Doohan failed to claim a Sam Hoskins cross before Ali Koiki had a shot blocked on the line and Jack Sowerby fired wide on the follow-up. The Cobblers were building up a head of steam with the half-hour mark approaching and they broke the deadlock from a Hoskins corner, Fraser Horsfall heading home his seventh goal of the season.

Horsfall doubled his tally and the Cobblers lead on 36 minutes, the centre-half this time on the end of a Mitch Pinnock corner to make it 2-0. Tranmere had a chance to pull a goal back in first half stoppage time but a good save from Roberts denied McPake.

Mitch Pinnock curled home a delightful third goal as the Cobblers increased their lead midway through the second half, the midfielder with a superb finish from the edge of the area after a great driving run from Louis Appere.

Josh McPake tucked home from close range to pull a goal back for Tranmere with fifteen minutes to play as Danny Rose and Beryly Lubala came on in a double change.

Rovers sensed they had a way back into the game but Kieron Morris could only skew his shot wide before Fraser Horsfall almost completed a hat-trick of headers from another Cobblers set piece.

Over six minutes of stoppage time followed but despite Rovers late comeback the Cobblers had done enough to clinch a precious three points.

Northampton Town welcome Tranmere Rovers to Sixfields on Saturday for the club's 125th anniversary fixture (3pm kick off) and a big crowd is expected. Tickets are now on sale from the ticket office and ntfcdirect.co.uk 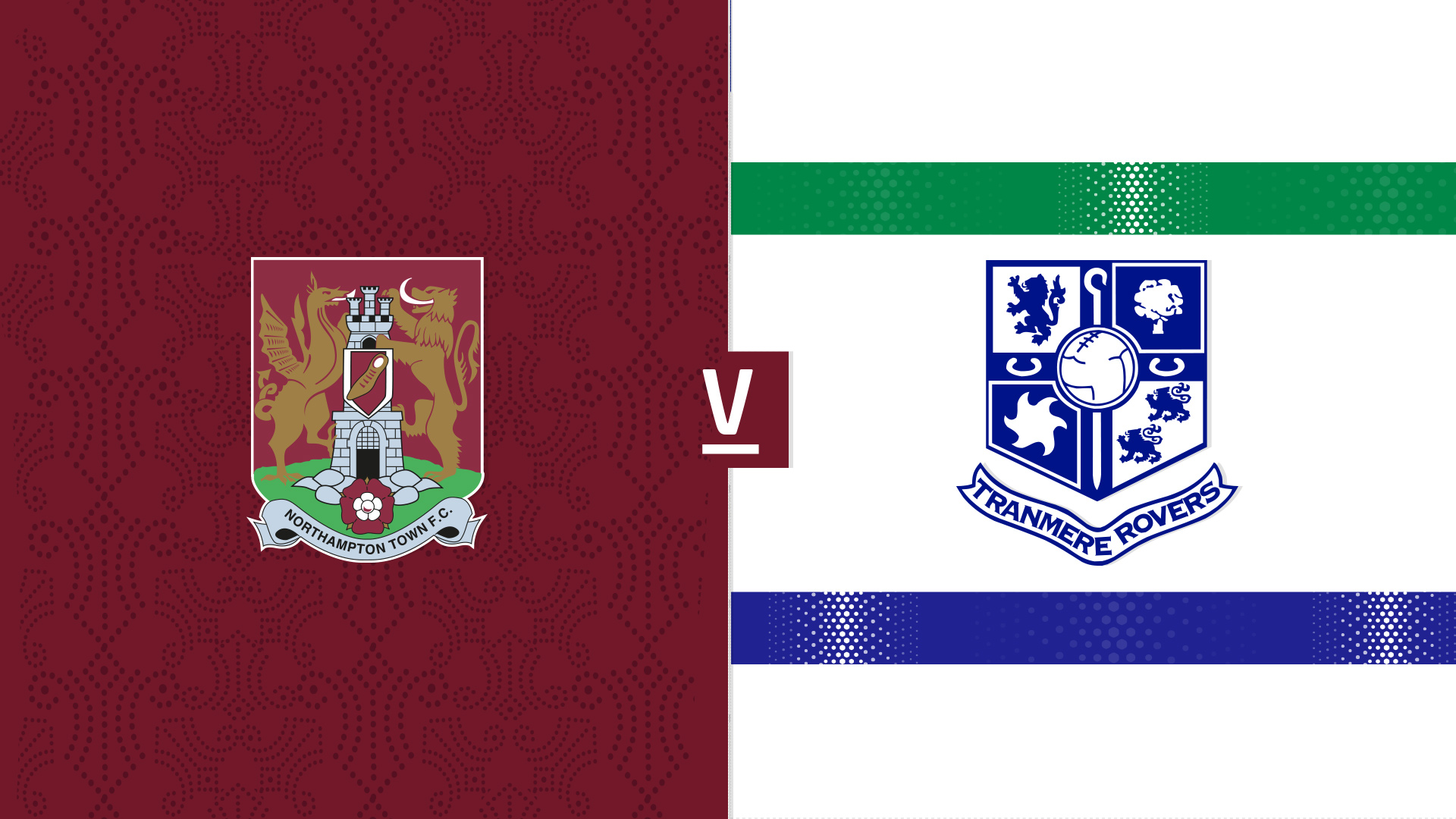 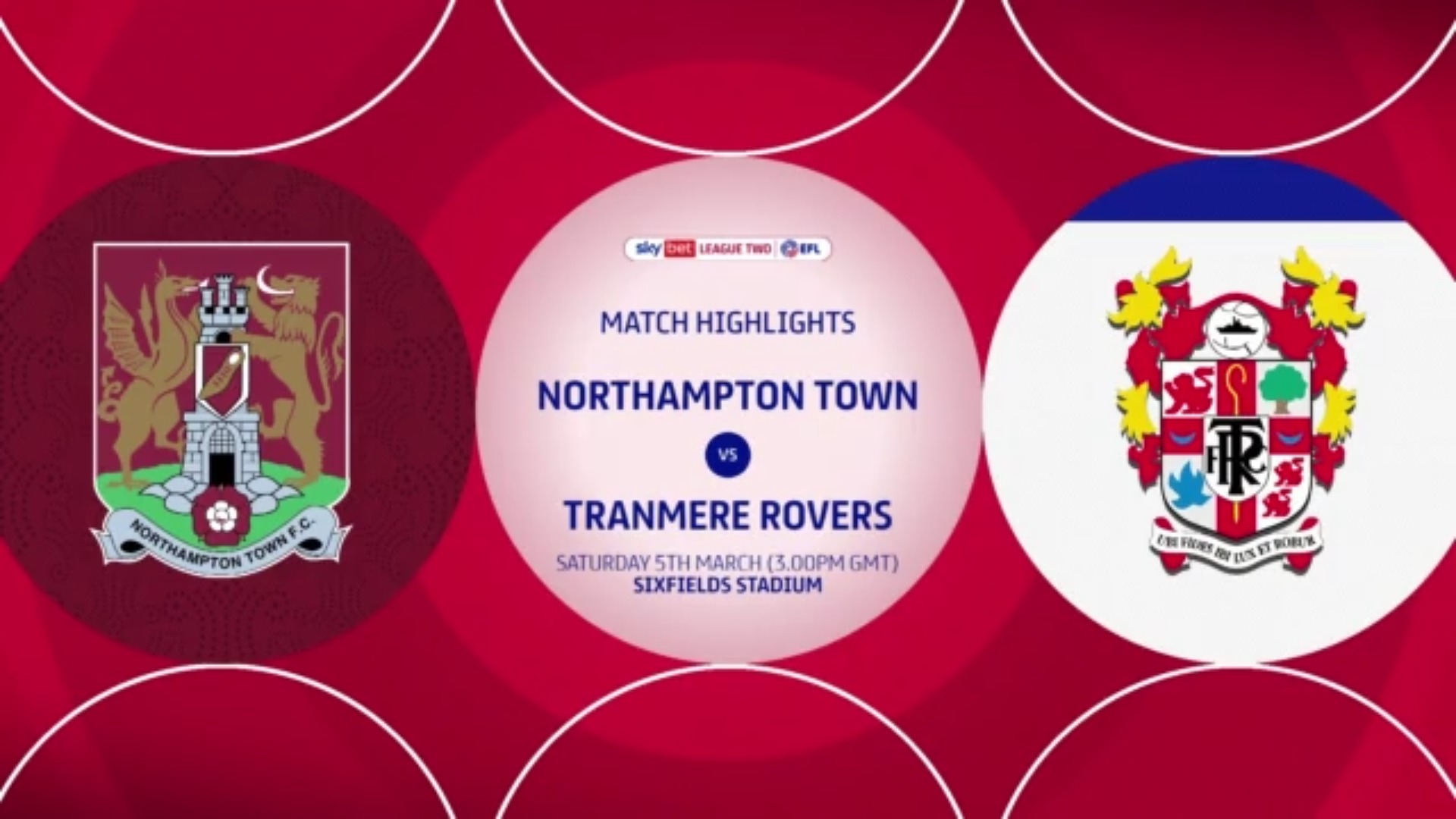 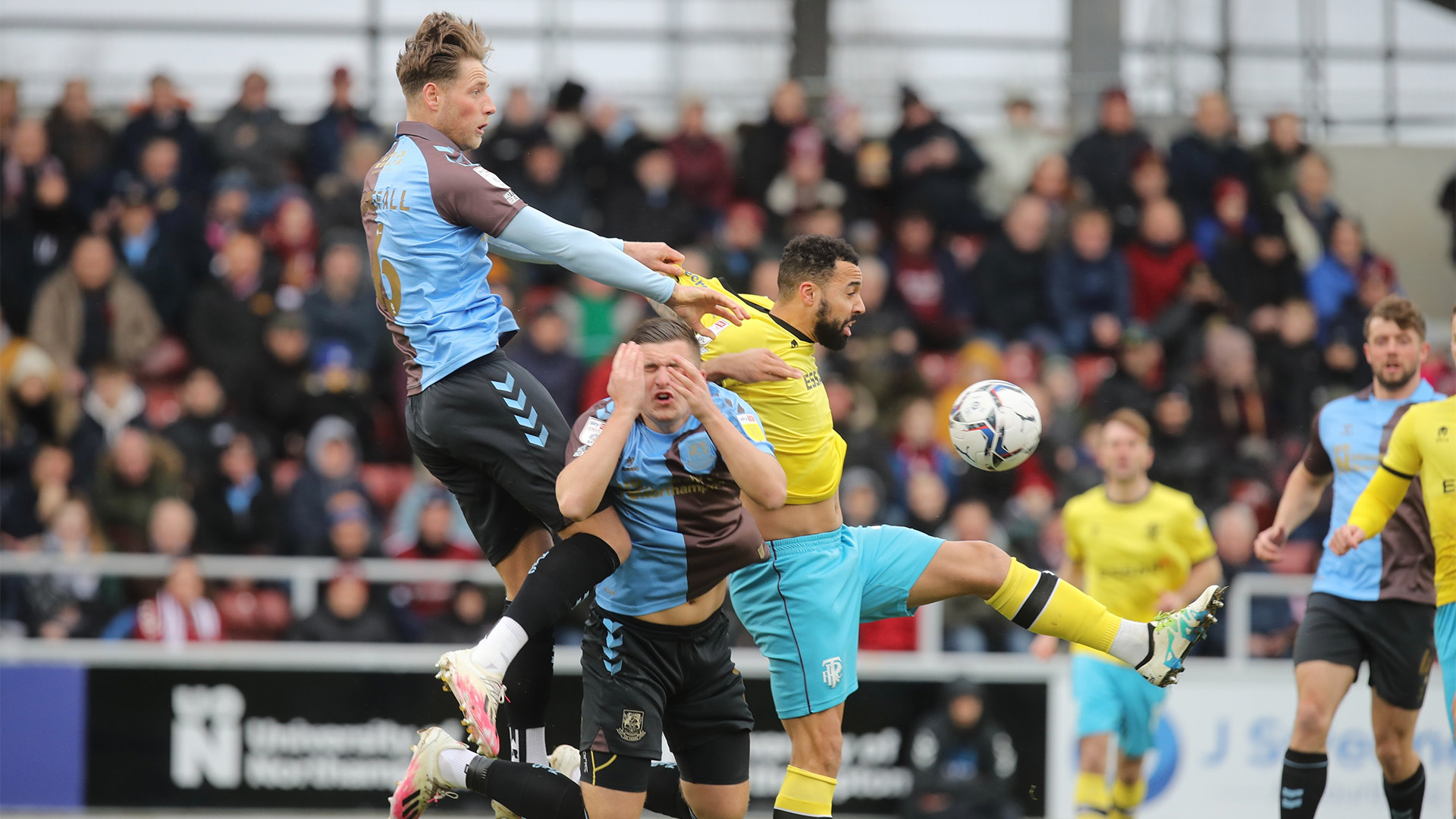