Sent off:
Cobblers: none
Salford: none

New loan signings Idris Kanu and Josh Eppiah were both named in the Cobblers matchday squad for the visit of Salford City. Kanu replaced Chanka Zimba in the starting line-up with Eppiah named on the bench. Former Cobblers duo Jordan Turnbull and Ryan Watson both started for Salford who were forced into a late change, Theo Vassell coming in after Donald Love picked up an injury in the warm-up.

Liam Roberts saved an early Ash Eastham header but it was the Cobblers who struck first, the goal awarded to Paul Lewis although there were some claims Jon Guthrie’s initial connection from Sam Hoskins' corner had already crossed the line before being cleared to Lewis who then smashed the ball home to make sure there was no doubt about the goal.

Vassell made a vital interception to prevent Lewis getting on the end of a pin-point cross in from Aaron McGowan and Tom King saved from Mitch Pinnock as the midfielder took aim from 35-yards. The Cobblers weren’t sitting on their lead and Pinnock had another chance to test King with a free-kick in a good position but his effort this time curled just wide.

A goal line clearance from Matt Smith denied Kanu a debut goal before a terrific reaction save from Roberts kept the Cobblers in front as the game neared the hour-mark.

Josh Eppiah and Tyler Magloire both came on to make their Cobblers debut, replacing Kanu and Lewis in a double change. Matthew Lund, Stephen Kelly and Liam Loughlan came on in a triple change for the Ammies.

Danny Rose came on in place of Hoskins for the final few minutes which the Cobblers comfortably saw out to claim a well earned and well deserved three points, Ali Koiki almost getting on the scoresheet in stoppage time only to be denied by a good save from King.

Northampton Town Football Club looks forward to welcoming you to Sixfields for the fixture with Salford City on Saturday (3.00pm kick off).

Please note Covid Plan B protocols no longer apply so while the wearing of face coverings in any setting is not mandatory, it is recommended.

TICKETS NOW ON SALE FOR SATURDAY'S VISIT FROM SALFORD CITY


Northampton Town welcome Salford City to Sixfields on Saturday (3.00pm kick off) and tickets are now on sale from the ticket office and ntfcdirect.co.uk 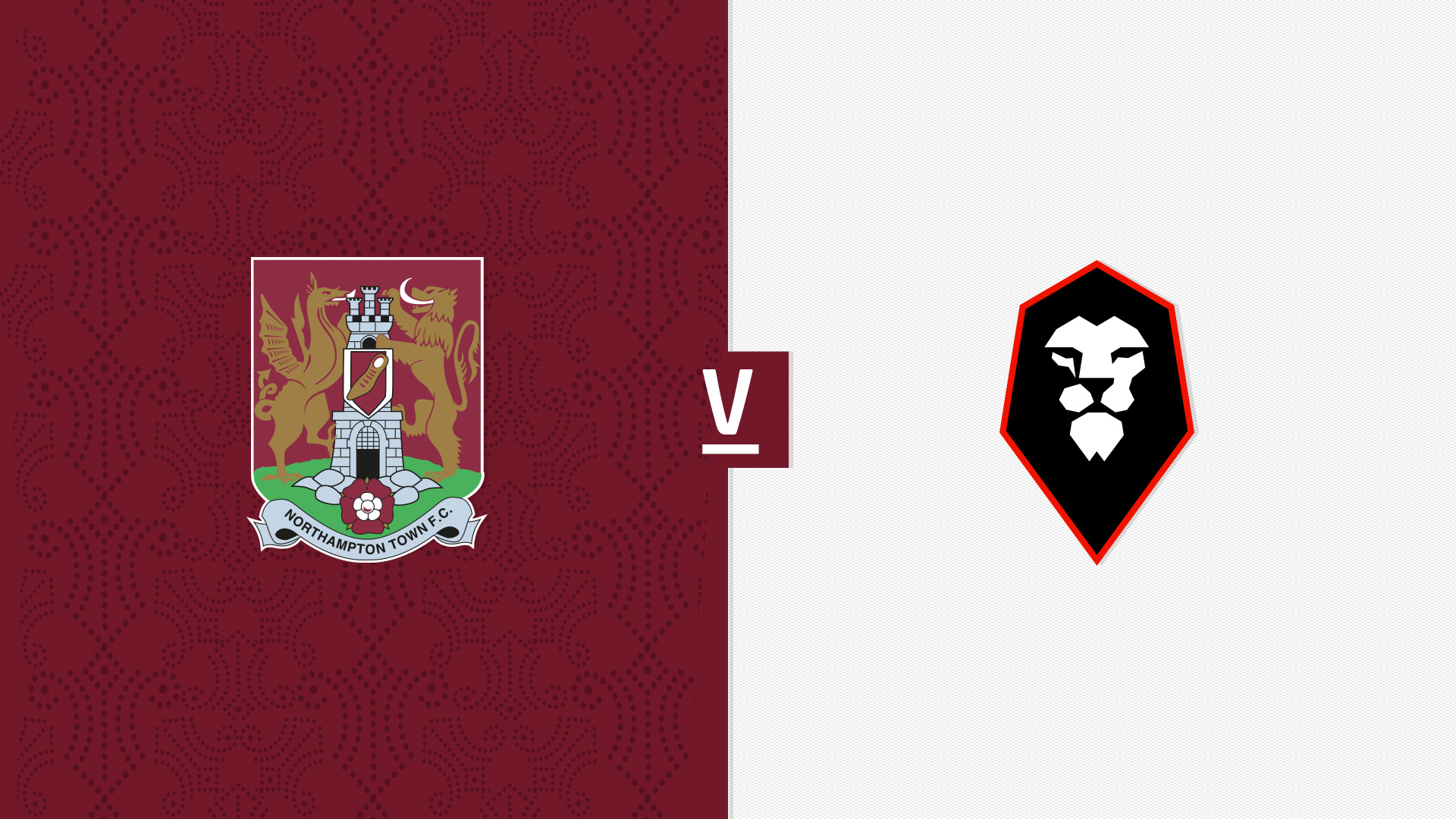 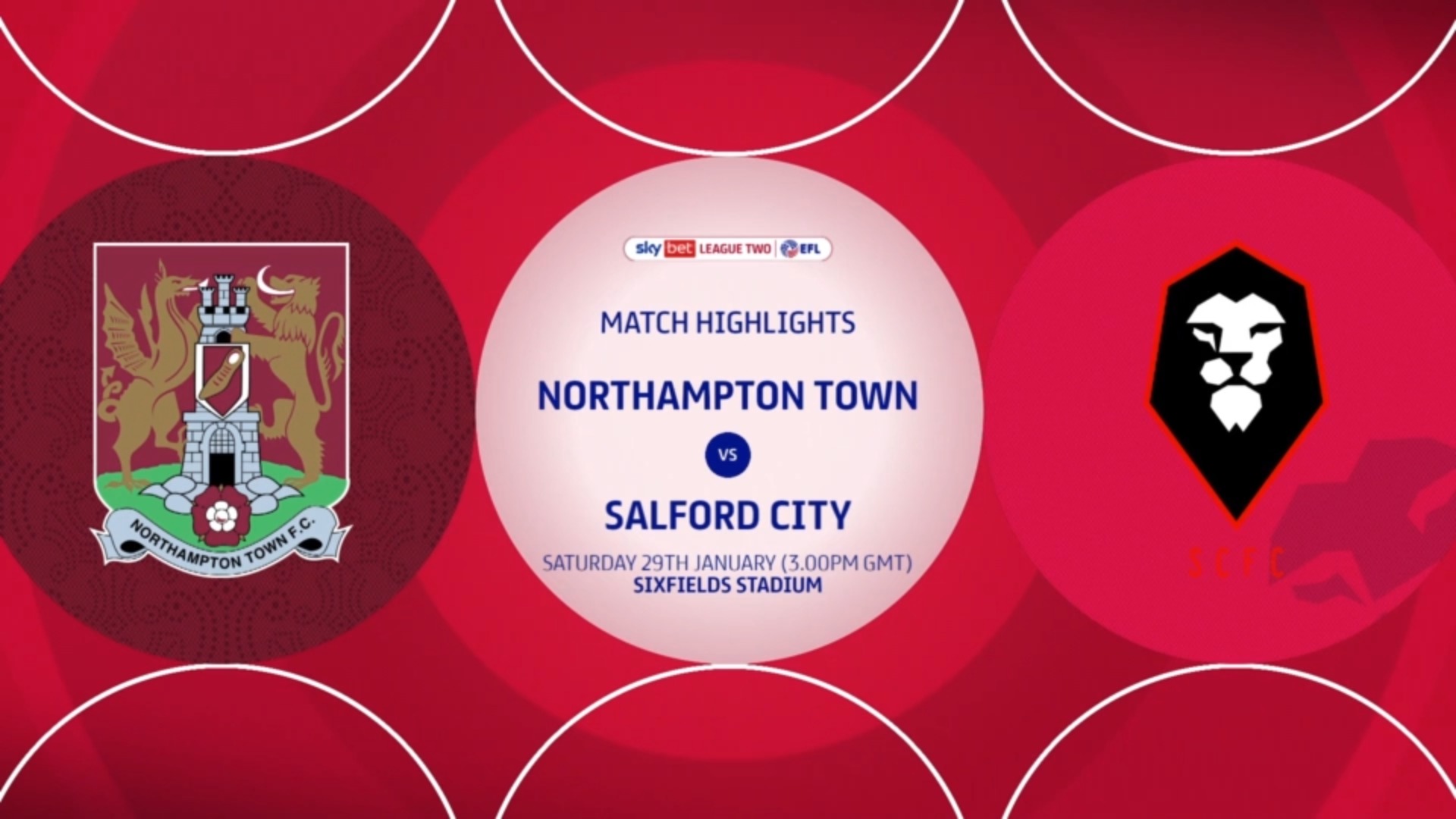 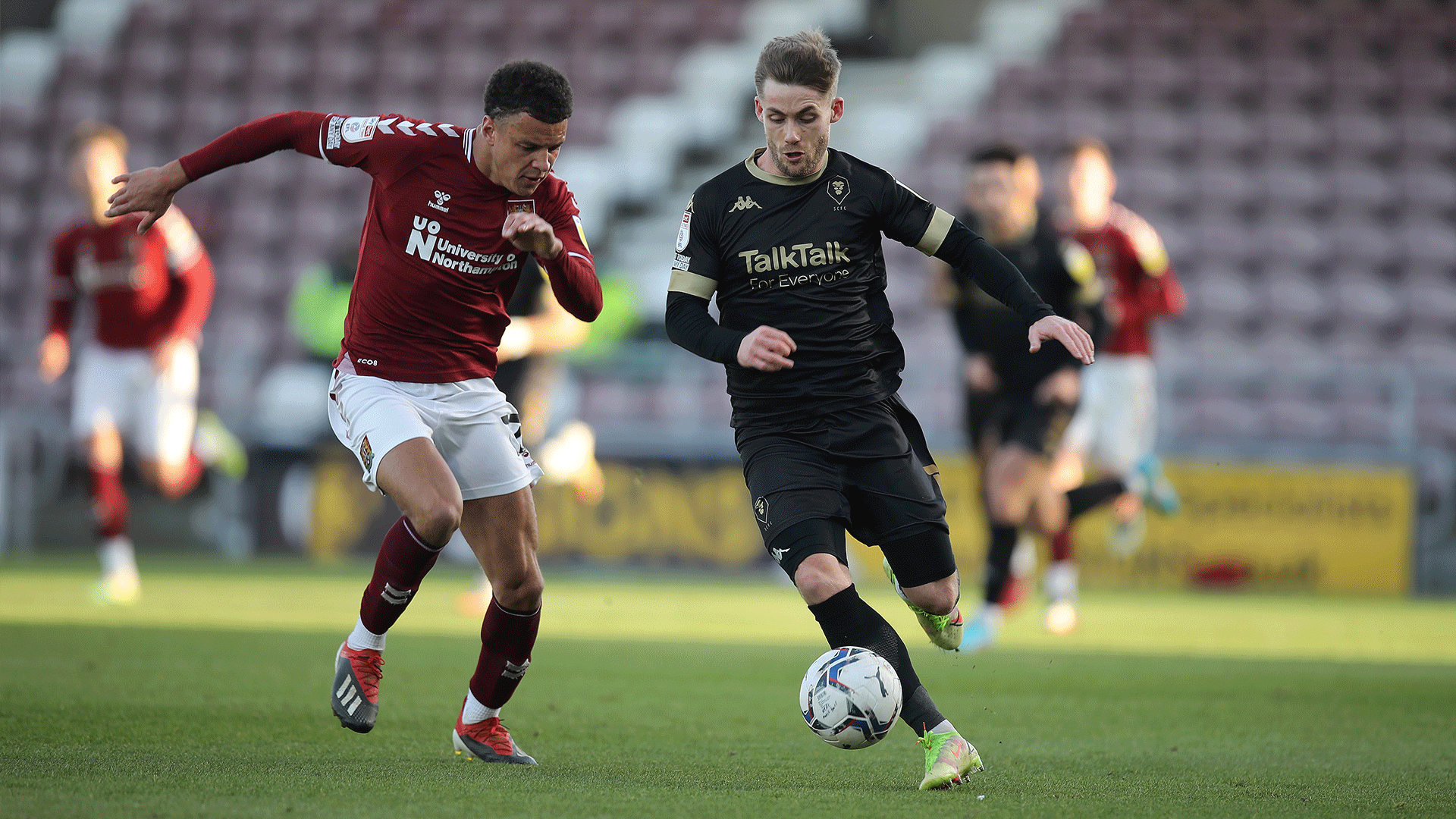