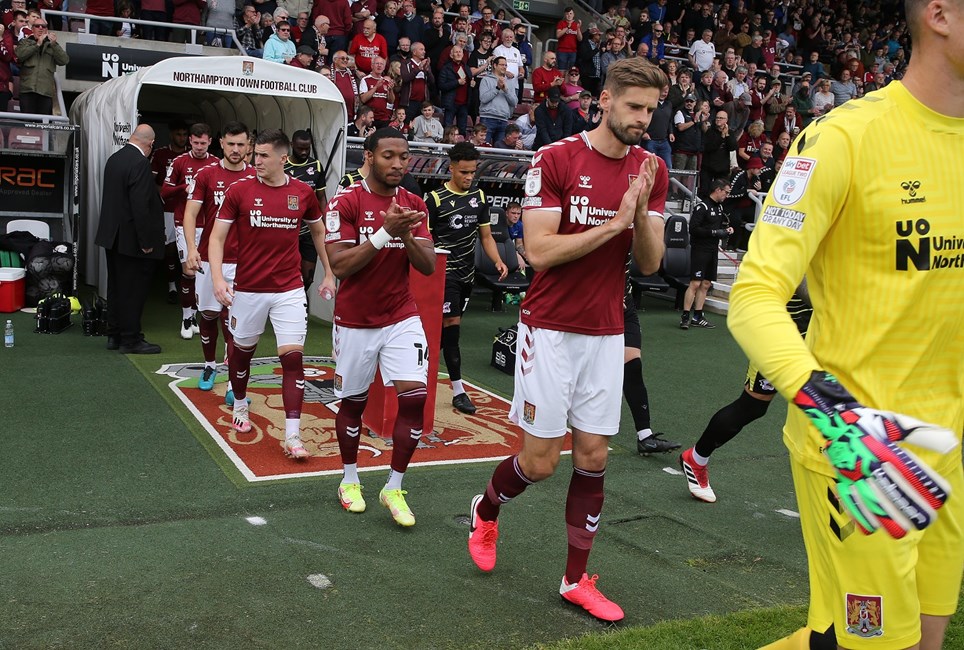 REMINDER OF EARLY KICK OFF ON SATURDAY


A reminder that our home game with Colchester United on Saturday will kick off at the slightly earlier time of 2pm. 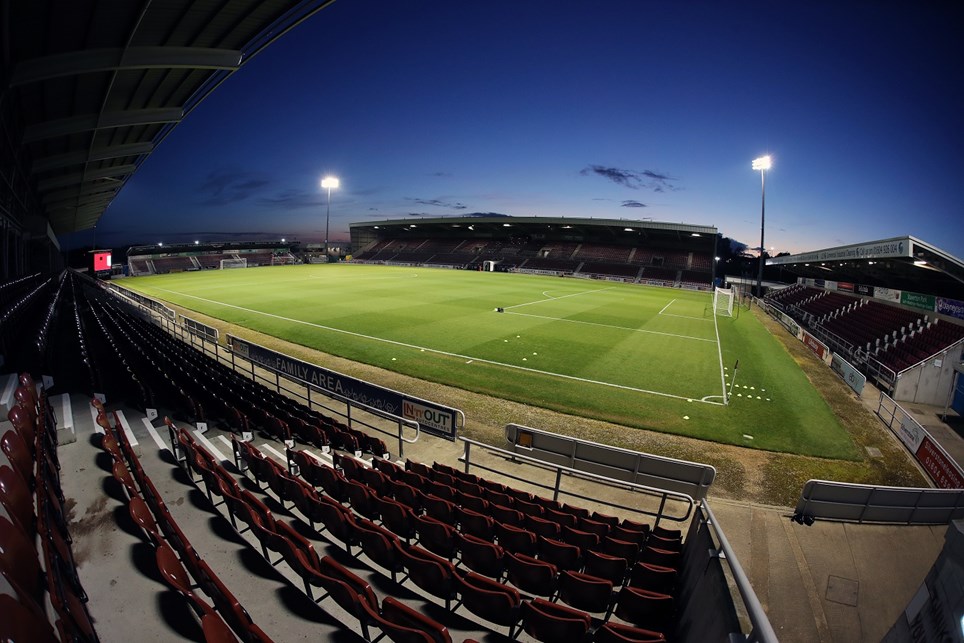 COLCHESTER GAME TO KICK OFF AT 2PM


Northampton Town's Sky Bet League 2 game with Colchester United in February will kick off at the slightly earlier time of 2pm.

Aaron McGowan and Jack Sowerby were both back from injury for the visit of Colchester United but boss Jon Brady was without the suspended Shaun McWilliams. Former Cobblers defender Luke Chambers started for Colchester in the 2pm kick-off, the game moved forward an hour in order to avoid a direct clash with the Northampton Saints.

The Cobblers, playing into a strong wind in the first half, were first to threaten with both Mitch Pinnock and Sowerby seeing early deflected efforts blocked before Sam Hoskins saw a shot saved by Sam Hornby.

Fraser Horsfall headed home his sixth goal of the season to put the Cobblers in front on 16 minutes, the goal coming from a Pinnock corner.

Hoskins couldn't quite get a shot away under pressure from Chambers and Hornby saved from Louis Appere as Town pressed for a second goal. Jon Guthrie had a header cleared off the line from another Pinnock corner but there was a moment of danger for the Cobblers with Tyler Magloire making an important block to deny Owura Edwards.

Sam Hoskins finished off a slick Cobblers move to make it 2-0 at the start of the second half, Magloire making a bursting run forward before finding Paul Lewis who in turn fed the ball to Hoskins who curled his shot into the top corner from just inside the area.

Ali Koiki had a scuffed effort saved by Hornby and Hoskins fired over as Jon Brady’s side looked to kill the game off before the hour-mark.

Sowerby was replaced by Beryly Lubala after picking up a knock before Colchester twice went close to pulling a goal back, McGowan making a terrific clearance and Alan Judge denied by the inside of the post.

Danny Rose and Benny Ashley-Seal came on for the closing stages and Ashley-Seal scored from close range in stoppage time to add a bit of gloss to the scoreline as the Cobblers maintained their push for automatic promotion.

REMINDER OF EARLY KICK OFF ON SATURDAY


A reminder that our home game with Colchester United on Saturday will kick off at the slightly earlier time of 2pm.

COLCHESTER GAME TO KICK OFF AT 2PM


Northampton Town's Sky Bet League 2 game with Colchester United in February will kick off at the slightly earlier time of 2pm.

Northampton Town Football Club looks forward to welcoming you to Sixfields for the fixture with Colchester United on Saturday (2.00pm kick off). 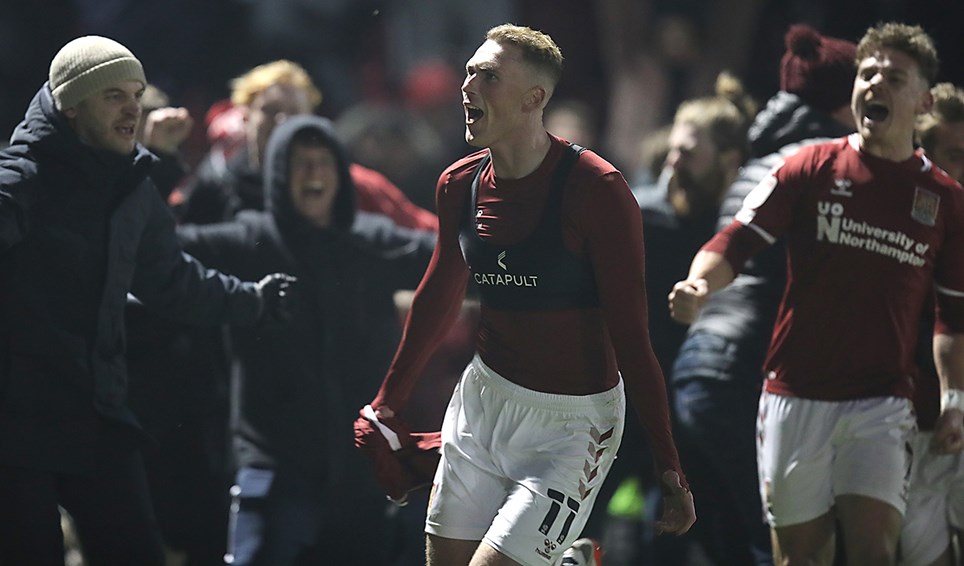 
Northampton Town welcome Colchester United to Sixfields on Saturday (2.00pm kick off) and tickets are now on sale from the ticket office and ntfcdirect.co.uk 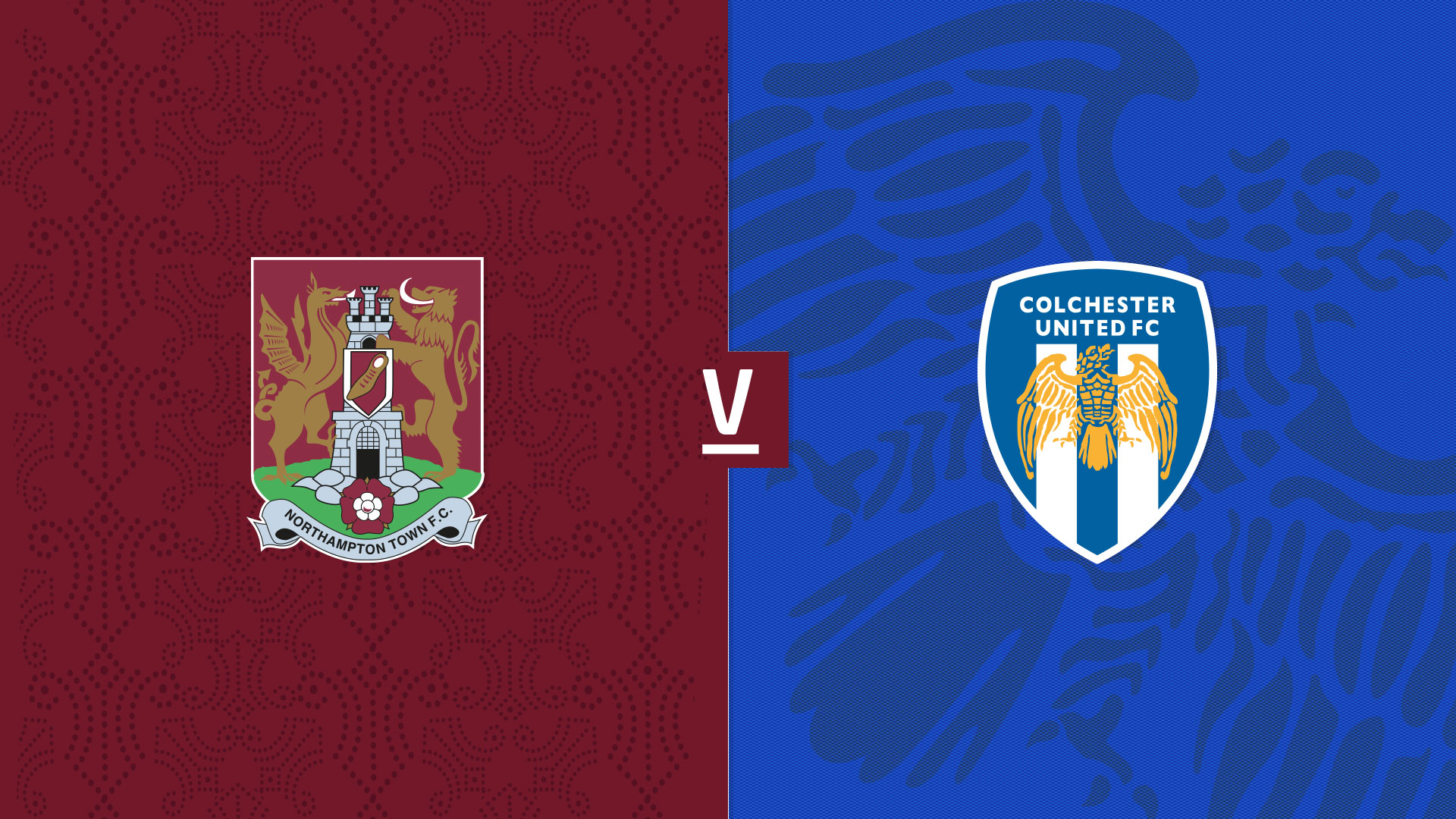 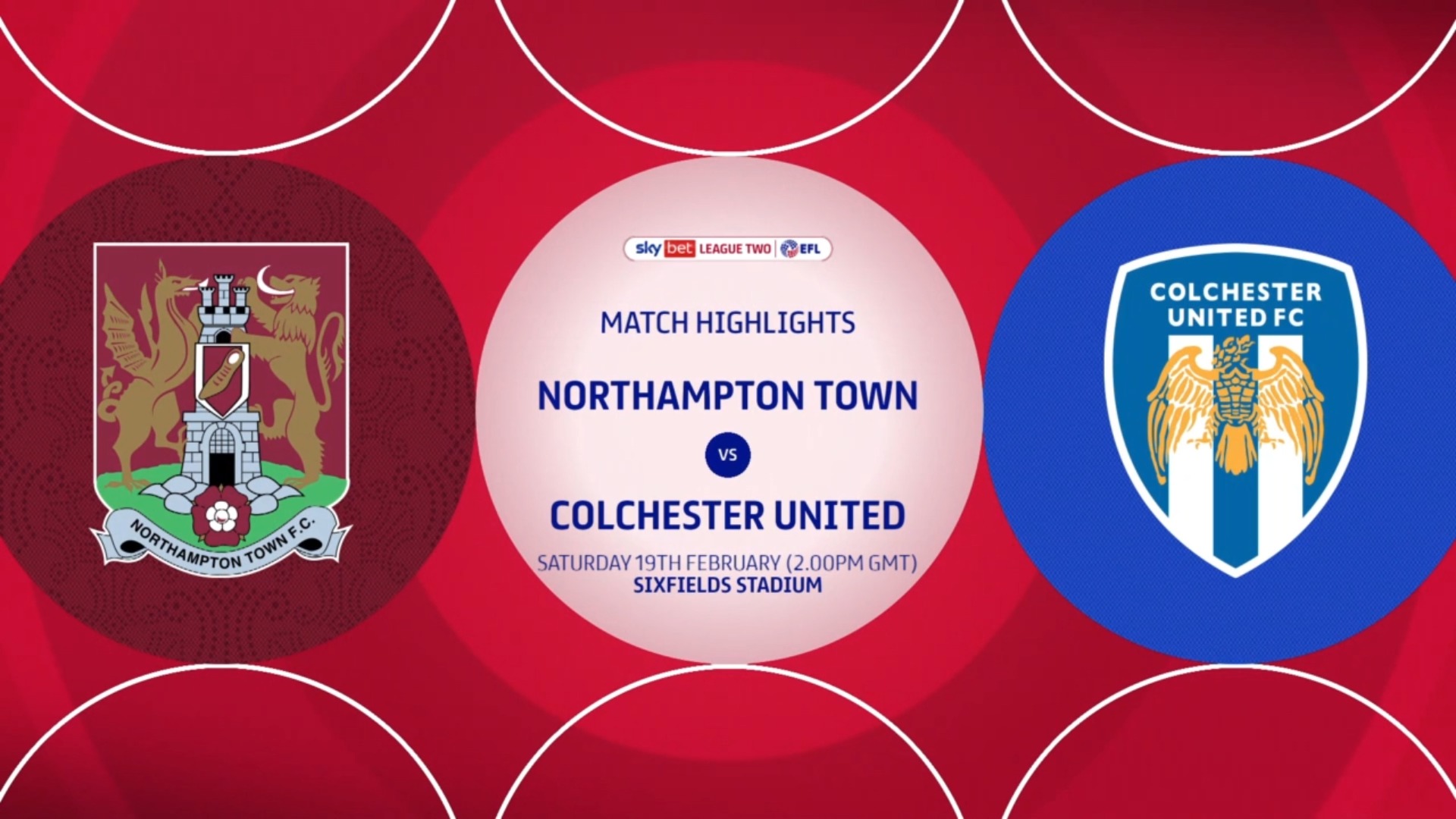 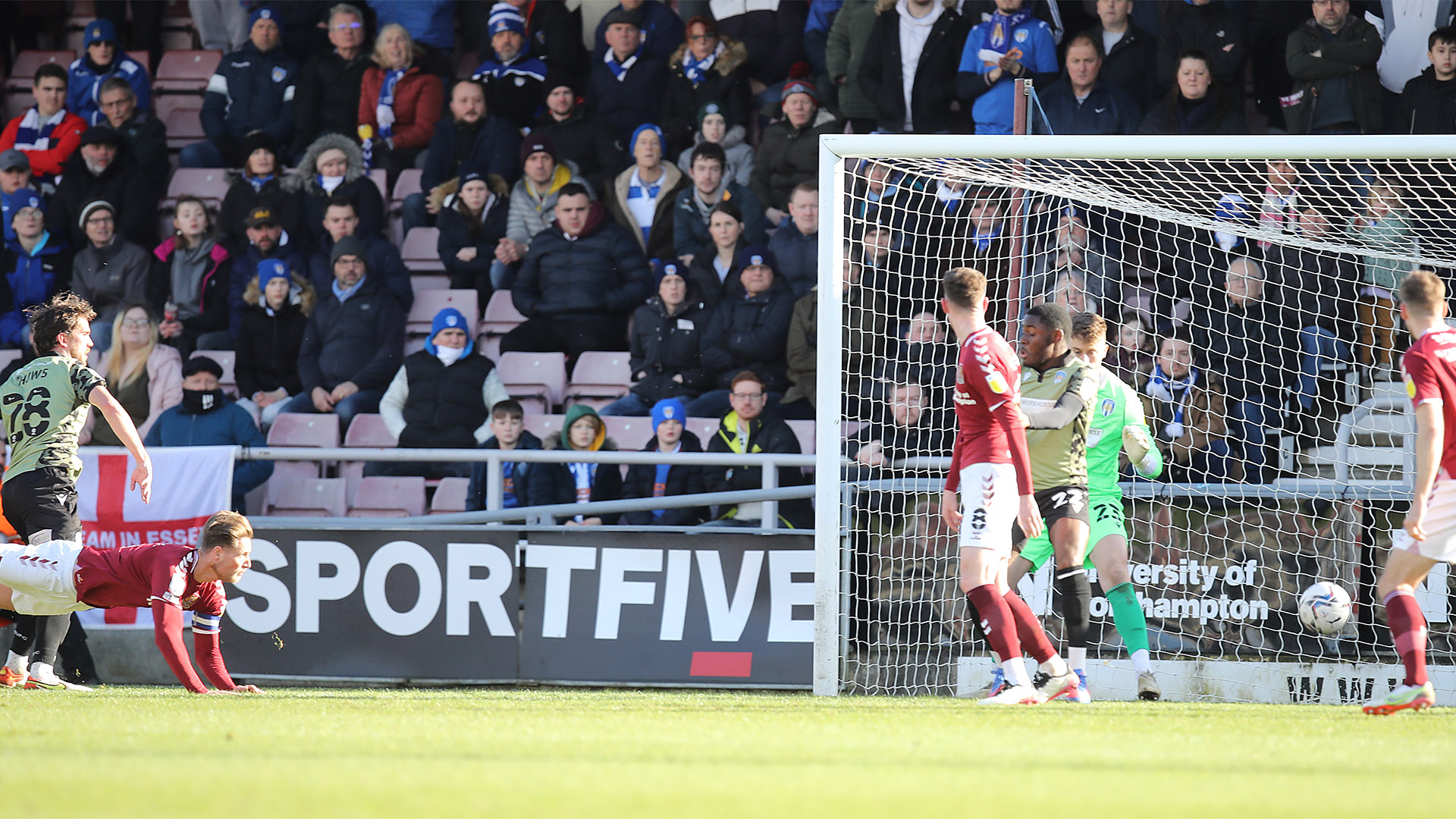