Sent off:
Cobblers: none
Bradford: none

Scott Pollock made his first league start of the season and Josh Eppiah also came into the side as boss Jon Brady, without the suspended Paul Lewis, made two changes for the visit of Bradford City. Ali Koiki (hamstring) and Shaun McWilliams (knee) were named on the bench after recovering from injury.

Louis Appere dragged his shot just wide from an acute angle after being played through by Mitch Pinnock and Alex Bass saved a long-range effort from Sam Hoskins at the second attempt in a bright opening twenty minutes from the Cobblers.

Joseph Mills made a terrific tackle to deny Andy Cook a clear strike on goal in a rare foray forward from Bradford while Jon Guthrie headed over from a Pinnock free-kick and Pollock saw a volley well blocked at close range by Yann Songo’o as the Cobblers continued to make most of the running in the first half.

The Cobblers had strong penalty appeals for handball turned away before Bass was a full-stretch as Pinnock curled a strike just wide and Eppiah also went close after combining well with Appere but the game remained goalless going in at half-time.

Appere was through one-on-one with Bass at the start of the second half but his shot was comfortably saved by the Bantams keeper. The Cobblers were knocking on the door and Hoskins hit the cross bar from close range after Appere was denied by a block on the goal-line.

Aaron McGowan and Jack Sowerby both fired over from range and Hoskins was denied by a good save from Bass as the Cobblers pressed for a late winner.

There was a moment of danger for the Cobblers when Bradford substitute Lee Angol headed wide and Liam Roberts made a terrific save to tip a shot from another substitute, Callum Cooke, onto the cross bar as the game entered stoppage time.

Neither side could make the breakthrough though and the points were shared with Fraser Horsfall heading over from a Pinnock free-kick in the last chance of the afternoon for the Cobblers.

Northampton Town Football Club looks forward to welcoming you to Sixfields for the fixture with Bradford City on Saturday (3.00pm kick off).

Tickets are available on arrival for supporters on arrival. Please arrive early if buying on arrival as expected to be very busy.

A reminder too that season ticket holders can purchase their Barrow tickets after Saturday's game.

Please note, if you wish to buy for Harrogate or Exeter tickets after the match on Saturday then please head to the club store rather than the ticket office. The shop will process the sale, but tickets will need to be collected another day. Away tickets for Leyton Orient and Oldham will also be available at the club store.

Carr's Bar will be open, as will the kiosks on the West Stand concourse and in the corners of the stadium. Please note in accordance with the latest advice, we would ask that any non alcoholic drink and all food is consumed back at your seat. 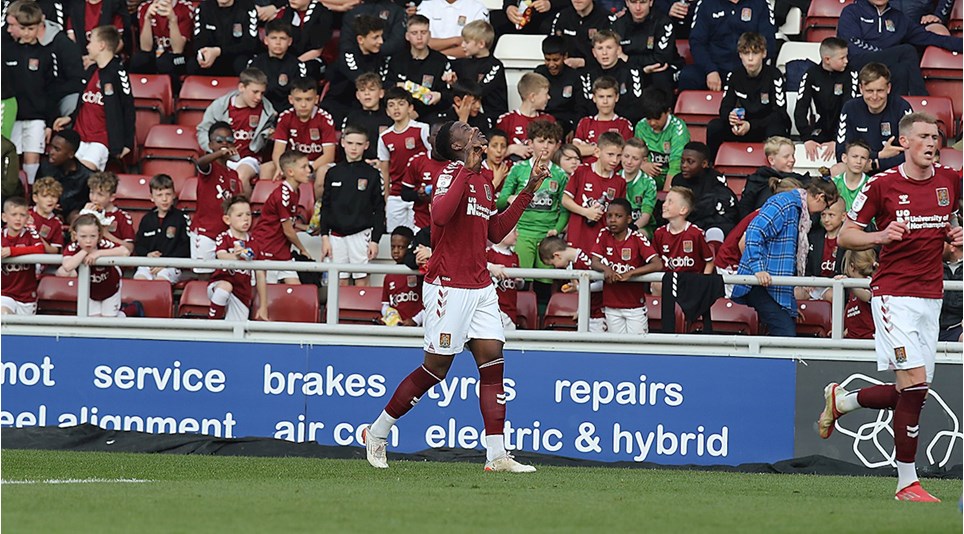 
Northampton Town welcome Bradford City to Sixfields on Saturday (3.00pm kick off) and tickets are now on sale from the ticket office and ntfcdirect.co.uk 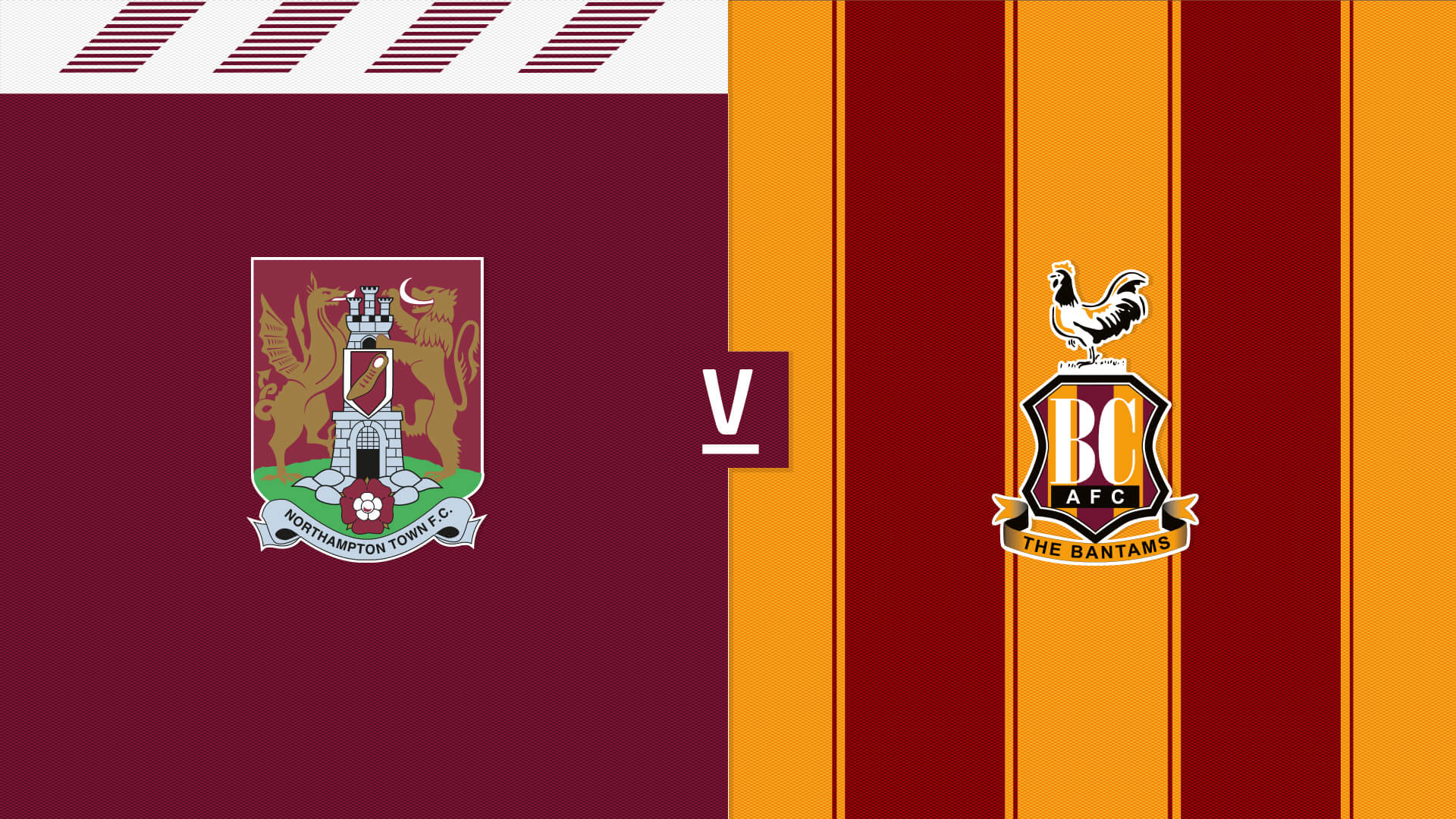 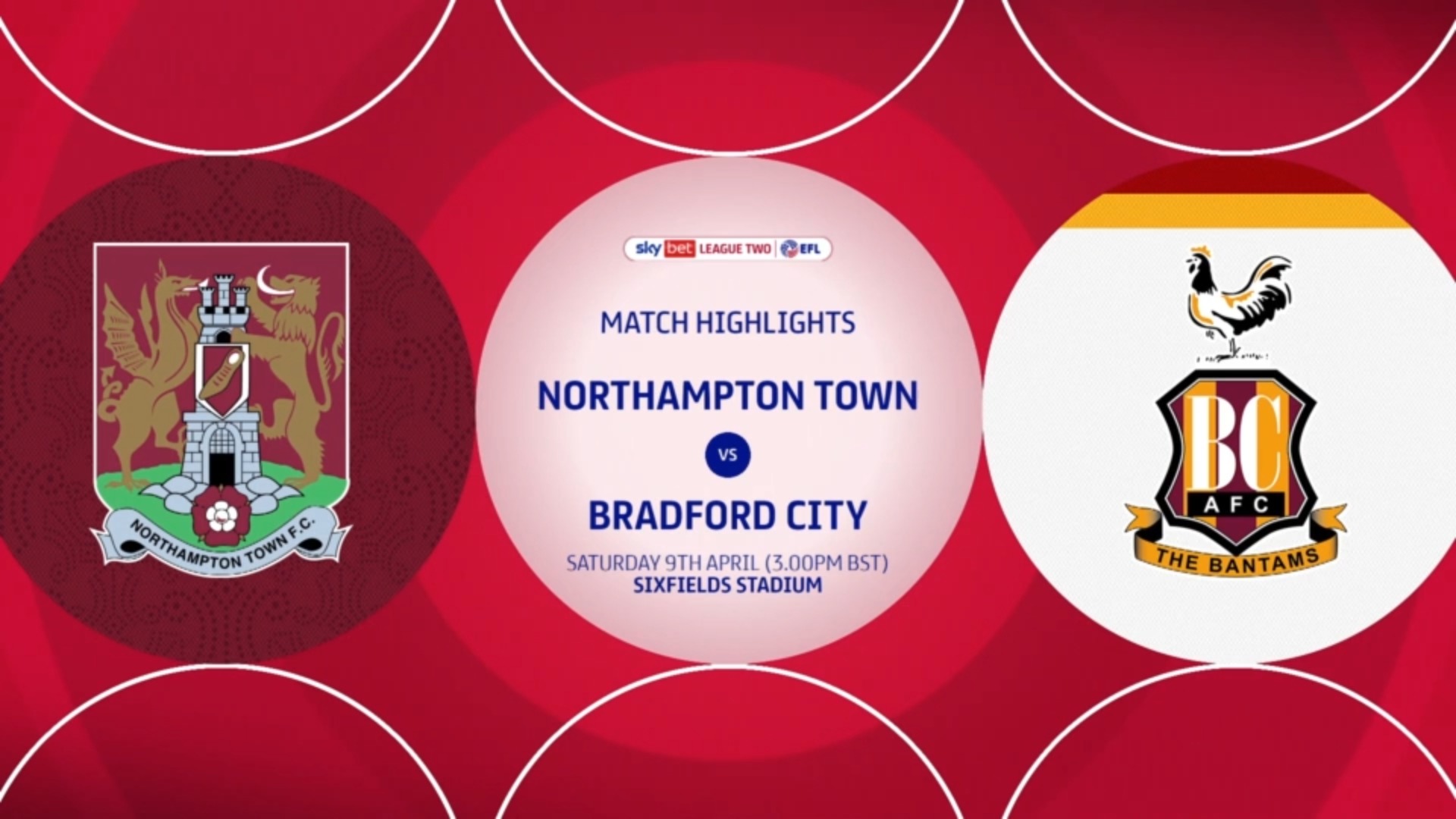 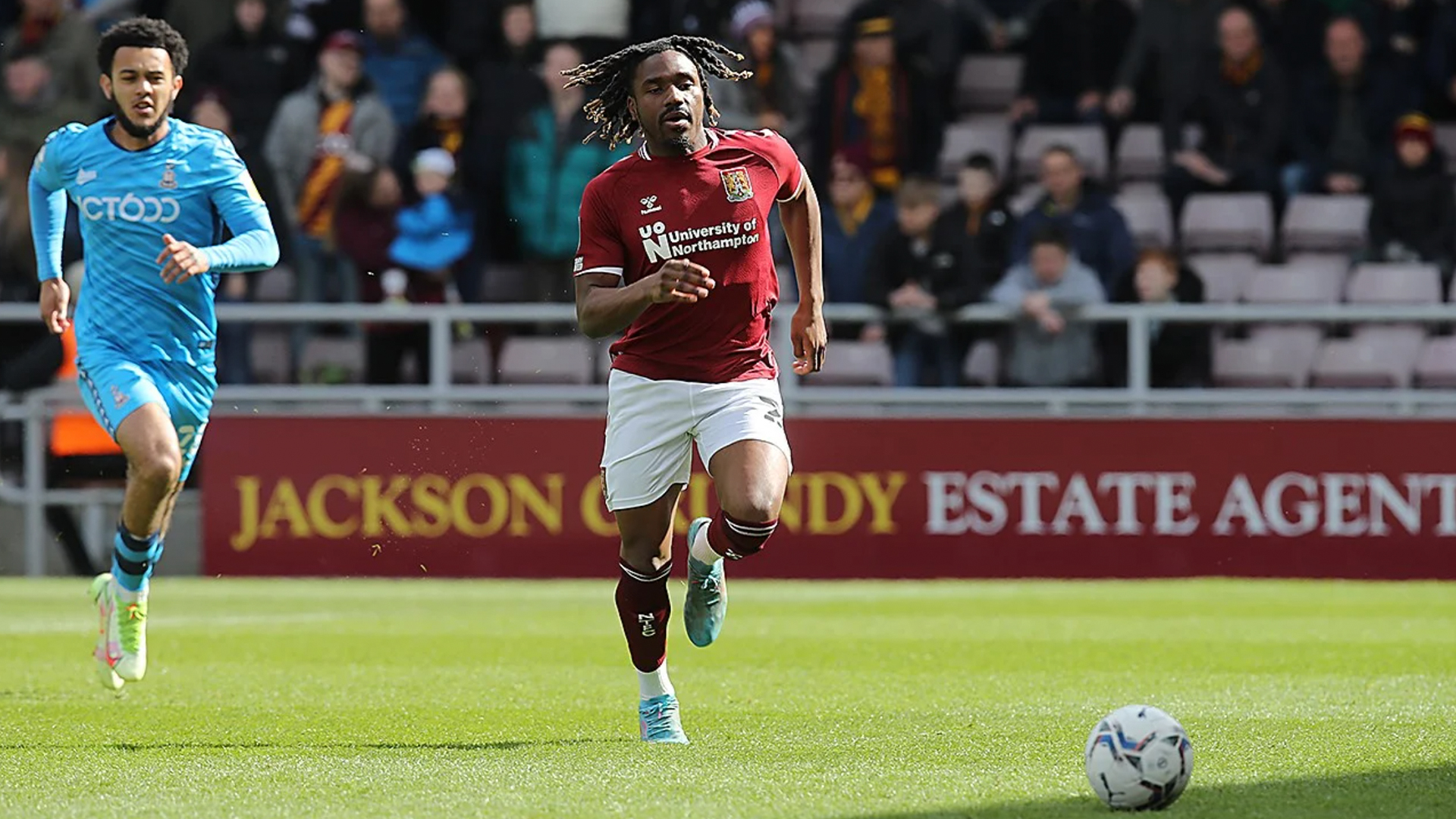