Sent off:
Wigan: none
Cobblers: none

Danny Rose and Nicky Adams came into the Northampton Town side for the trip to Wigan Athletic, replacing Ricky Korboa and Christopher Missilou. It was a milestone afternoon for club captain Adams as he made his 600th career appearance. Before kick-off there was a minute's silence to mark the passing of former England World Cup winner Nobby Stiles.

Jamie Jones saved at the feet of Ryan Watson after a good run into the box and the Cobblers midfielder also headed just over in an encouraging opening ten minutes.

The Cobblers were on top with Danny Rose also seeing a shot from distance palmed away by Jones and it wasn’t long before the deadlock was broken, Rose sending a shot in to the bottom corner.

Sam Hoskins then doubled Town’s lead midway through the first half with a cool finish inside the box, Michael Harriman’s header setting up the chance which Hoskins took with aplomb.

Joe Garner tried a shot from distance which Jonathan Mitchell gathered at the second attempt while Watson was again denied by Jones, the Latics keeper making a good save with his legs to prevent the Cobblers increasing their lead before half-time.

Garner headed over and Tom James curled a shot wide as Wigan started the second half in a positive fashion. Watson meanwhile appealed for a penalty after going down in the area but referee Joshua Smith waved play on.

There was a penalty at the other end though when Harriman fouled Tom Pearce. Joe Garner stepped up to score and half the home side’s deficit.

Substitute Caleb Chukwuemeka saw a shot saved by Jones from a tight angle but the Cobblers academy graduate wasn’t to be denied a second time, restoring the Cobblers two goal lead with a fine finish on the counter-attack, both Hoskins and Watson involved in the build-up.

Wigan were back in it again though with 15 minutes to go, Tom James on the end of a left wing cross to head home and make it 2-3.

Jones saved from Chukwuemeka while Wigan went close to an equaliser when James struck the post. With the 90 minutes nearly up the Cobblers then survived a scramble in the box before seeing out five minutes of stoppage time to secure the win. 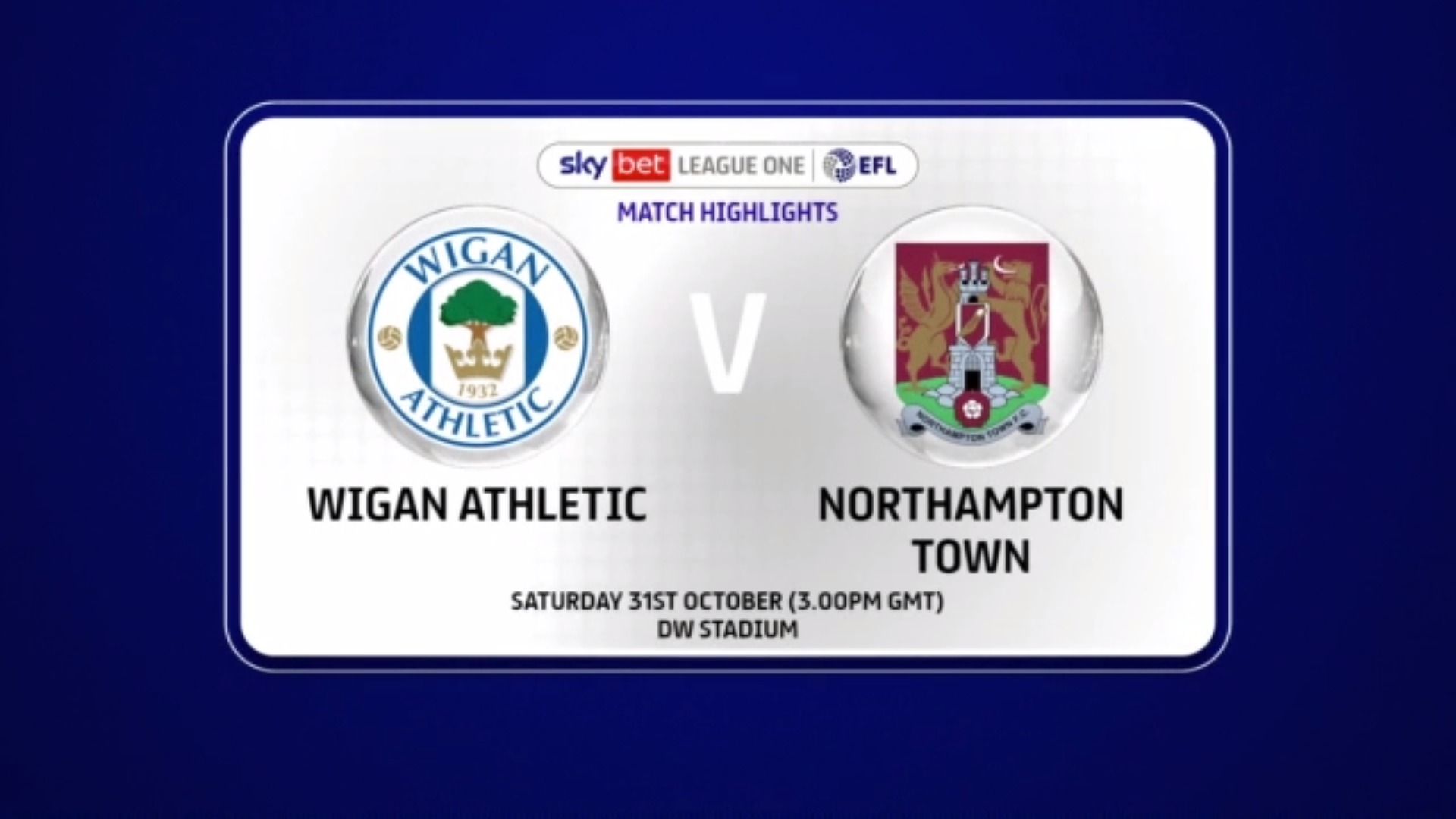 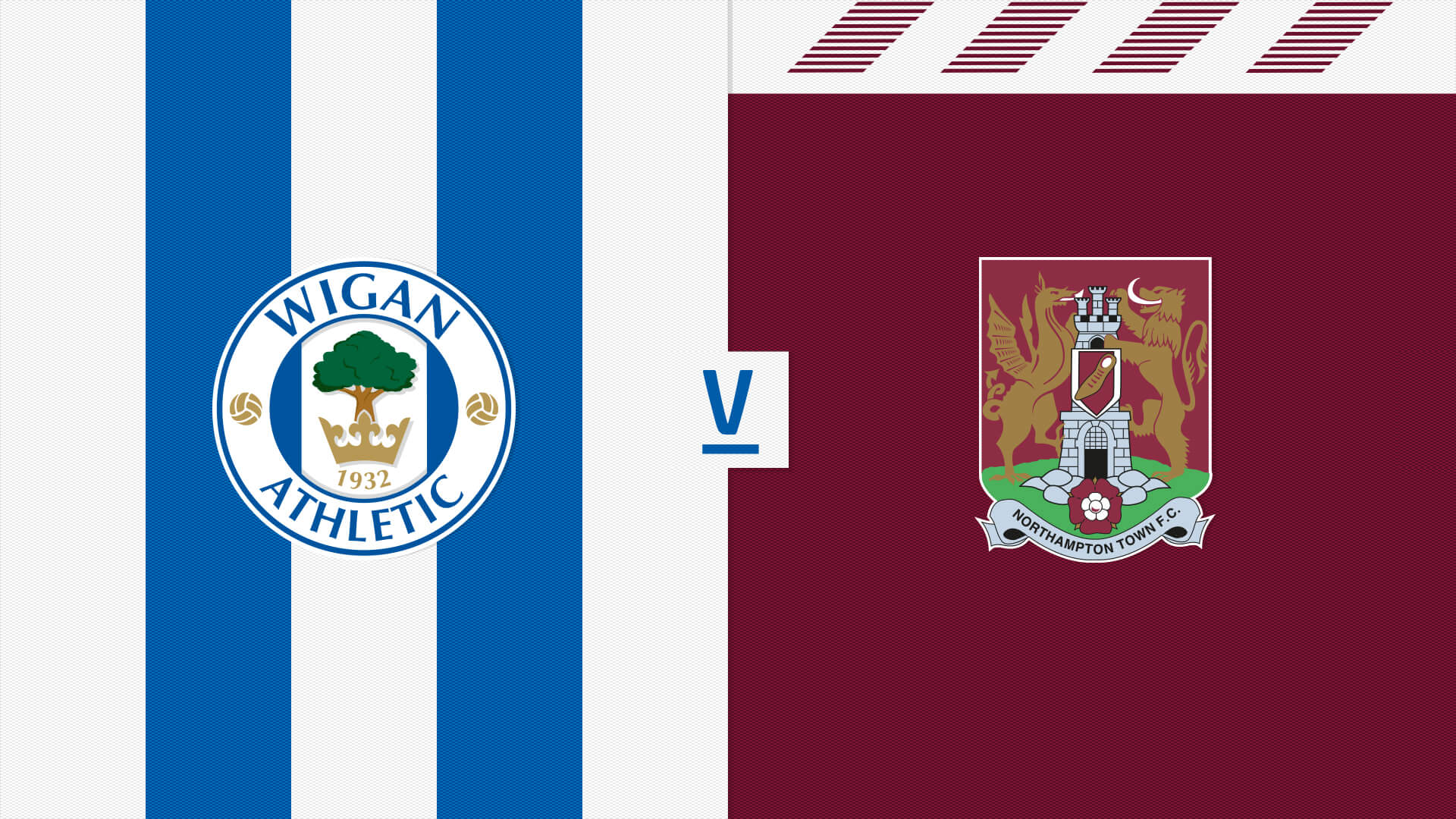 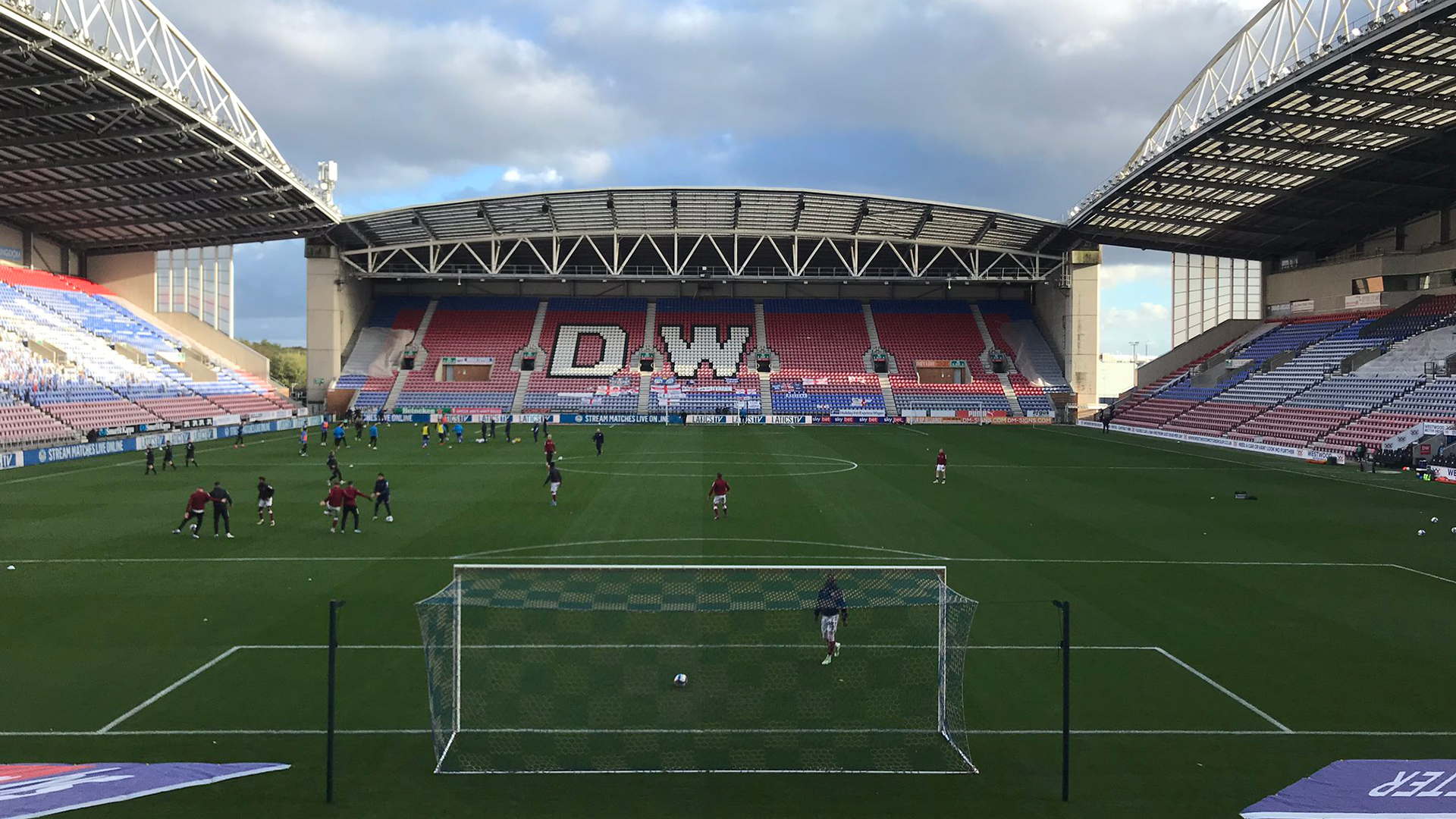