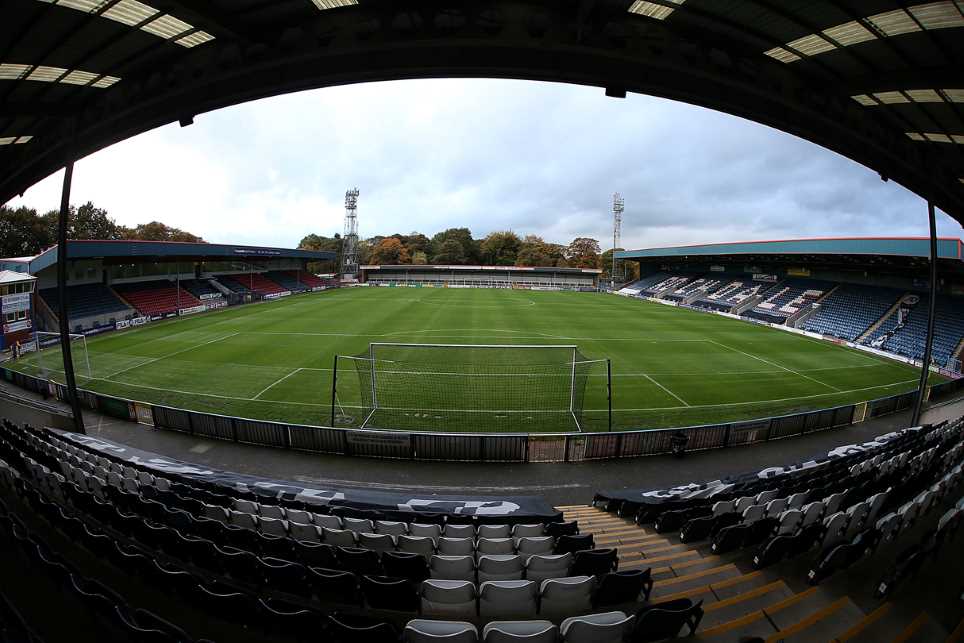 
Northampton Town's Sky Bet League 1 fixture away at Rochdale has an earlier kick off time.

Booked:
Rochdale: none
Cobblers: Jack Sowerby (79, 3rd of the season)

Sent off:
Rochdale: none
Cobblers: none

Michael Harriman replaced Caleb Chukwuemeka in the only change to the Northampton Town side for the midweek trip to Rochdale.

Alex Newby had an early shot blocked in a bright start from the home side but it was the Cobblers who nearly made the breakthrough when Sam Hoskins played in Harry Smith, Jimmy Keohane with a vital header away to intercept the danger.

Harry Smith wasn’t to be denied for long though and he soon put the Cobblers in front, powerfully heading home from a Mark Marshall corner.

Keohane fired over, Newby saw a dipping free-kick comfortably saved by Jonathan Mitchel and Stephen Humphrys flashed a shot wide from distance as Rochdale responded to falling behind. Alan Sheehan arrowed a shot just over from a Ricky Holmes free-kick before Mitchell saved from Humphrys in the final action of the first half.

Ollie Rathbone had a shot deflected just wide as Rochdale pressed for an equaliser in the second half with Keith Curle then making a double substitution, Christopher Missilou and Chris Lines on for Ricky Holmes and Shaun McWilliams.

The Cobblers were defending well but Rochdale were back on level terms five minutes from time, Stephen Humphrys curling in a free-kick from just outside the area.

Mitchell made a good save to deny Rathbone and the lively Dale substitute Kwadwo Baah saw a shot deflected narrowly wide as the home side pushed for a late winner but it was the Cobblers who nearly snatched all three points in stoppage time, Harry Smith’s header cleared off the goal line. In the end though the points were shared with the game ending 1-1.


Northampton Town's Sky Bet League 1 fixture away at Rochdale has an earlier kick off time. 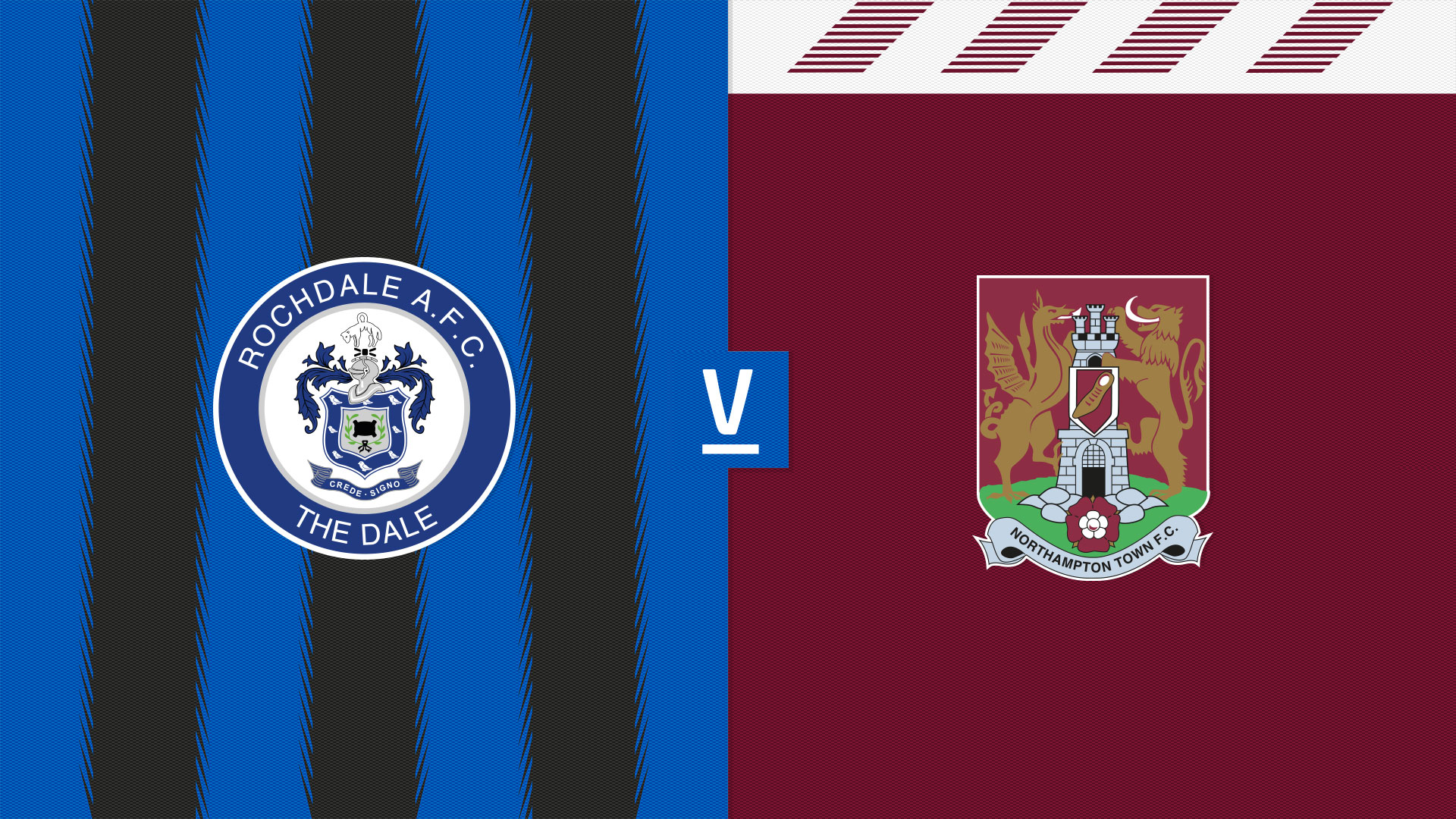 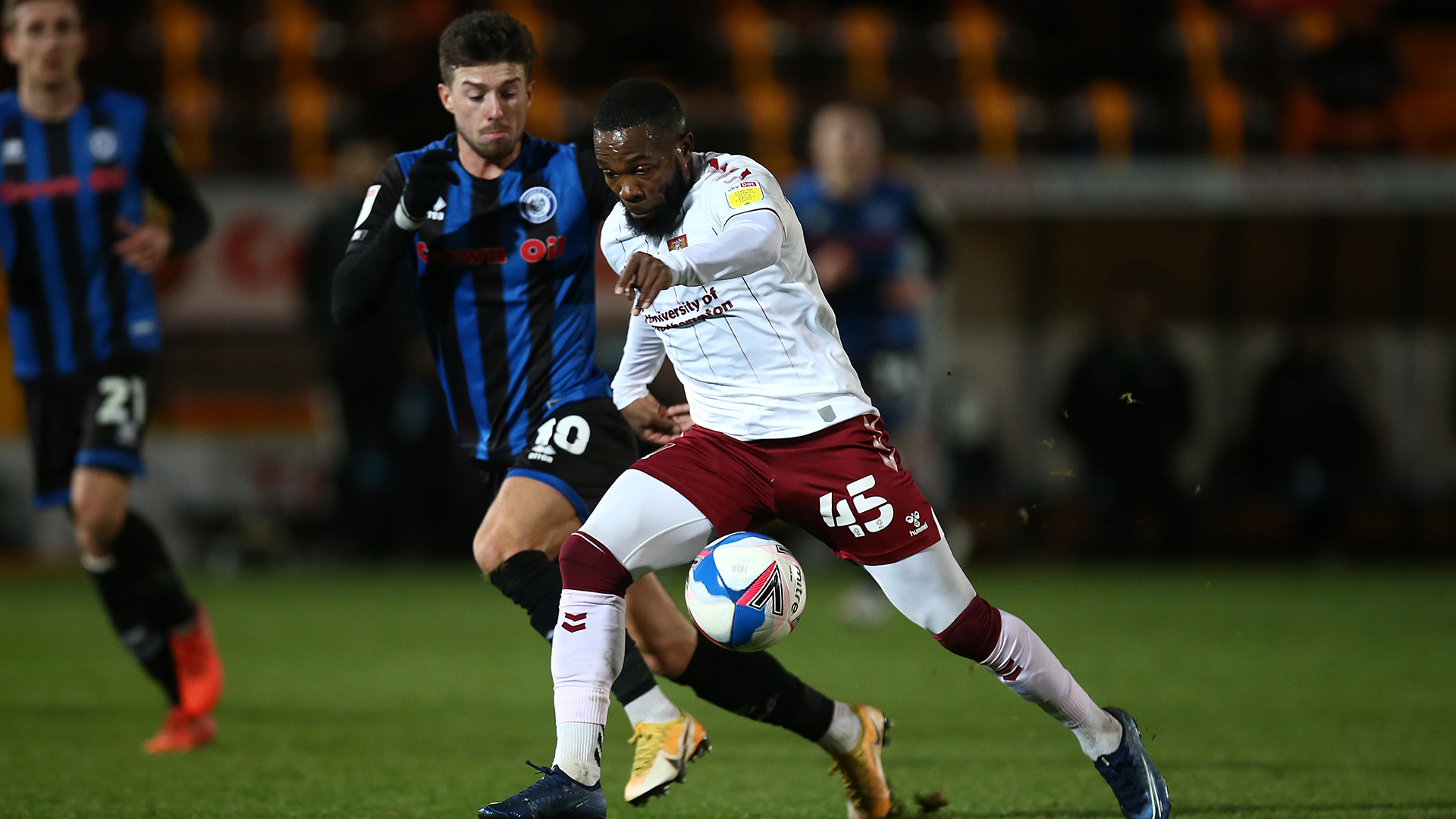 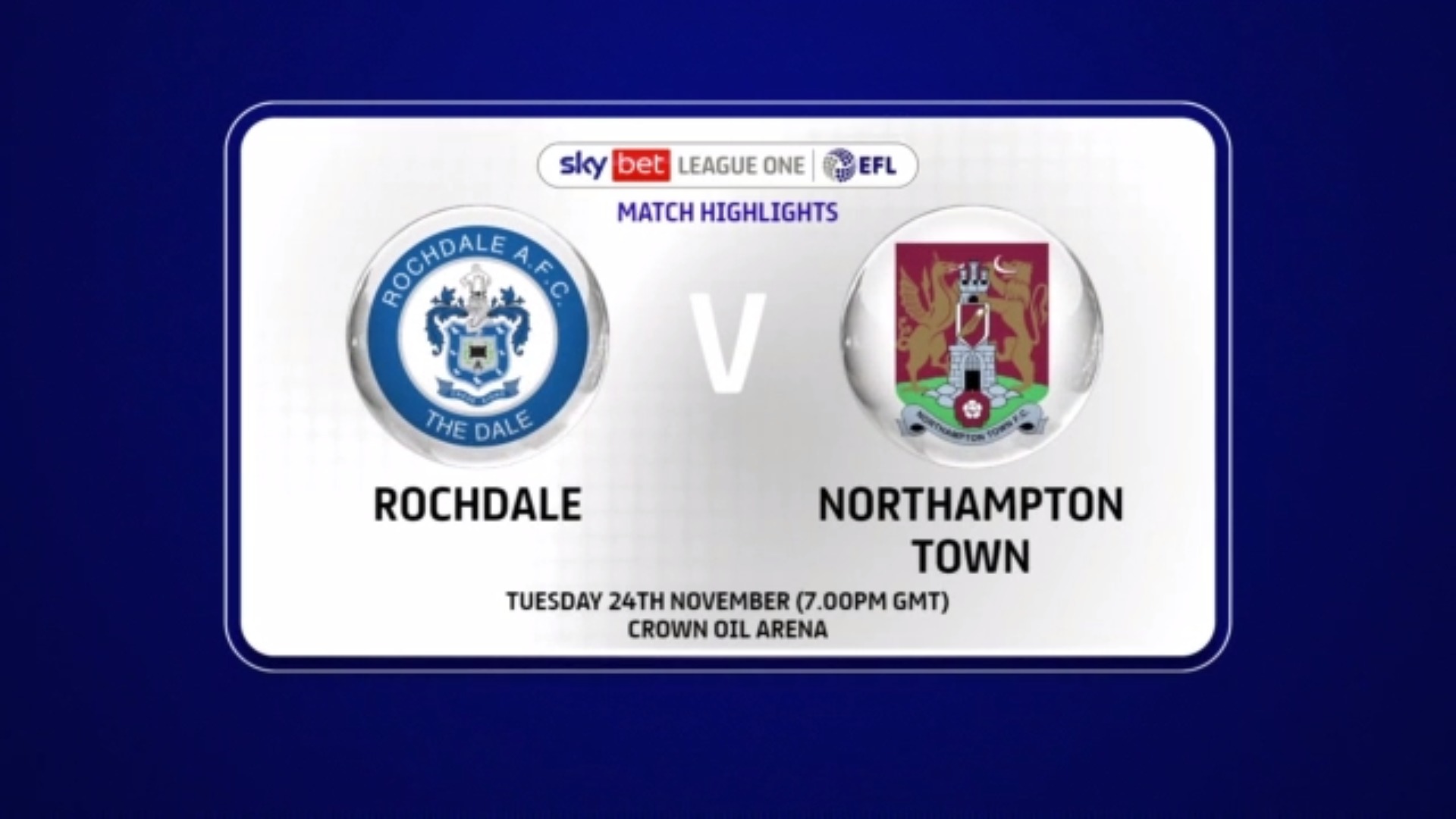