09 May 2021 Venue Stadium of Light Attendance 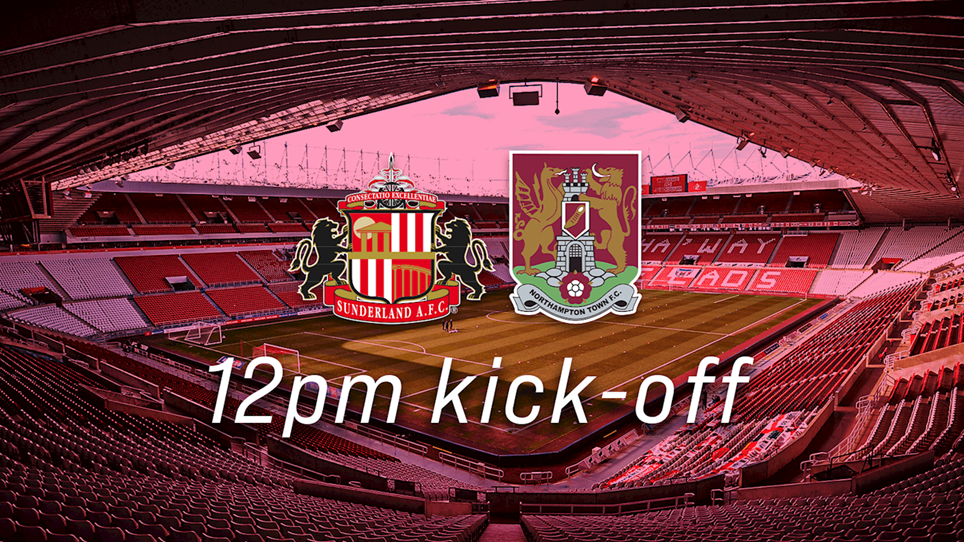 Sent off:
Sunderland: none
Cobblers: none

Northampton Town signed off their 2020/21 Sky Bet League 1 campaign with a trip to Sunderland, the Cobblers first ever league fixture at the Stadium of Light. The game came less than 24 hours after it was confirmed Jon Brady would be the club’s new permanent manager with Marc Richards named as first-team coach.

Sam Hoskins started at right-back with Michael Harriman at left-back, both Peter Kioso and Joseph Mills having had their seasons ended prematurely through injury. Danny Rose was named up front in place of Alex Jones while Mark Marshall was also handed a start.

Sunderland, with a play-off place already secured, had the first sight at goal in the Sunday lunchtime kick-off, Jonathan Mitchell saving comfortably from Jordan Jones. Ryan Watson shot over from distance and Jack Diamond headed over from a corner in a fairly even opening half hour.

Lloyd Jones made an important block on the edge of the area as Diamond took aim and in first half stoppage time Lynden Gooch’s dangerous cross primed for Charlie Wyke was intercepted by Hoskins to ensure the first half ended goalless.

Aiden McGeady came on for the second half which started with Mitchell making a good save to deny Gooch from a tight angle. Sunderland wanted a corner when Jones' shot found the side netting via what appeared a deflection while from a Cobblers corner Watson glanced a header wide.

Caleb Chukwuemeka came on for Mickel Miller in the Cobblers first change before Jones spurned a good chance to put the hosts in front, firing over the bar when well-placed on the edge of the area. Cobblers academy midfielder Liam Cross then came on to make his first team debut with just over ten minutes to play.

Sam Hoskins' deflected free-kick put the Cobblers in front on 84 minutes but the lead was fairly short lived, Sunderland substitute Carl Winchester scoring from close range after a Jones cross came back off both posts.

Sunderland then pushed for a winner but the Cobblers, who had more than held their own, deservedly came away with a point as the curtain came down on the season. 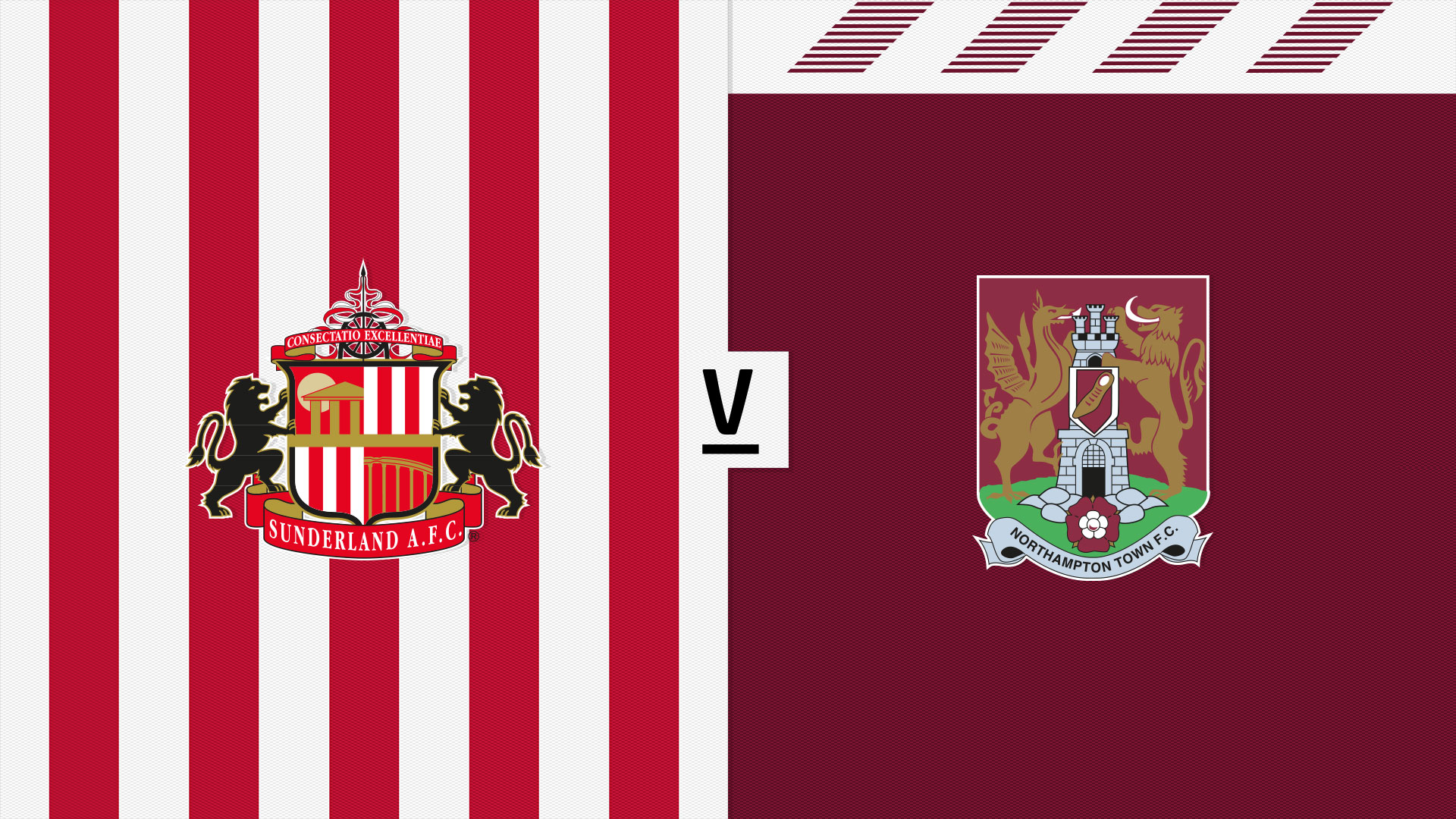 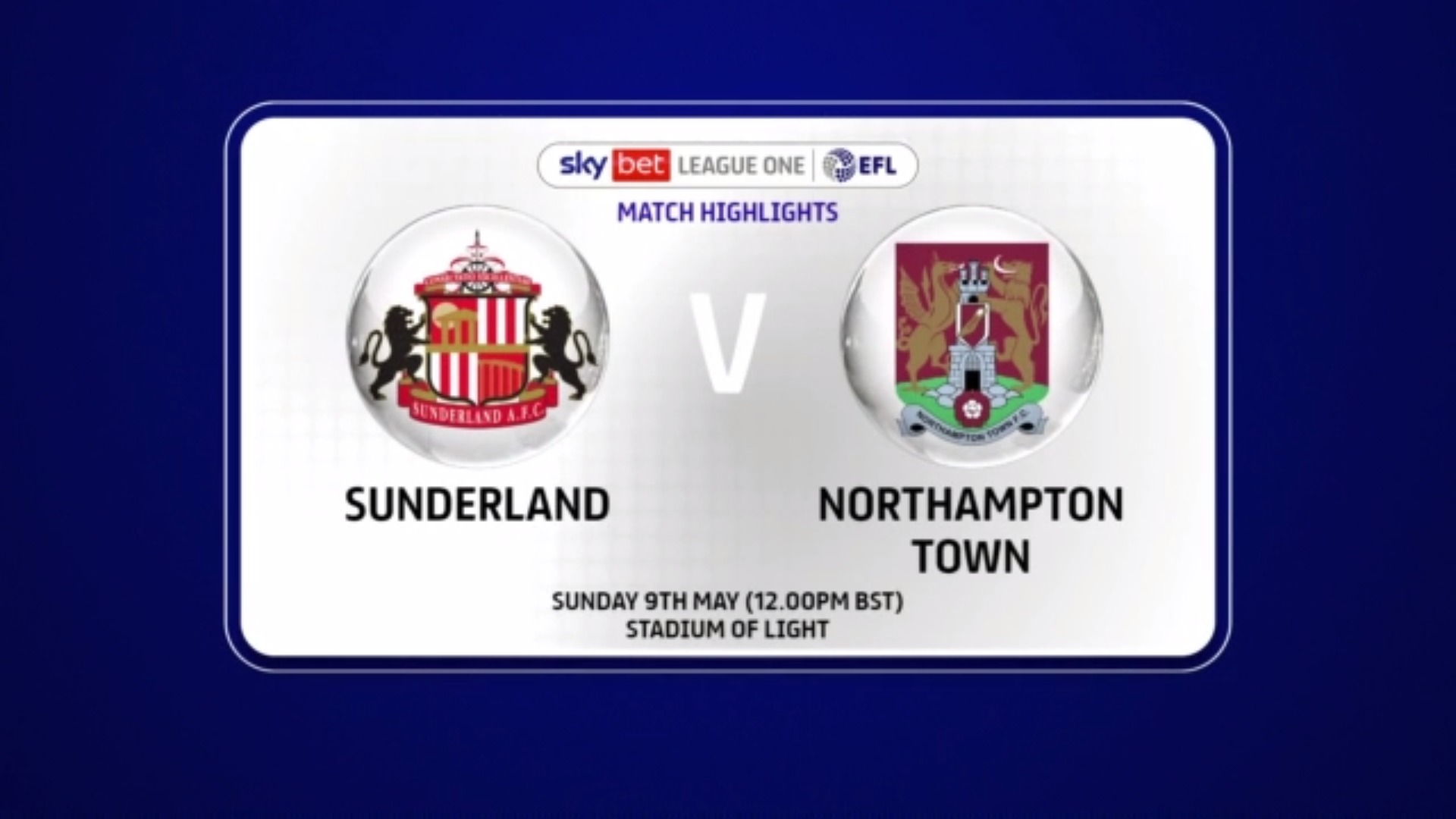 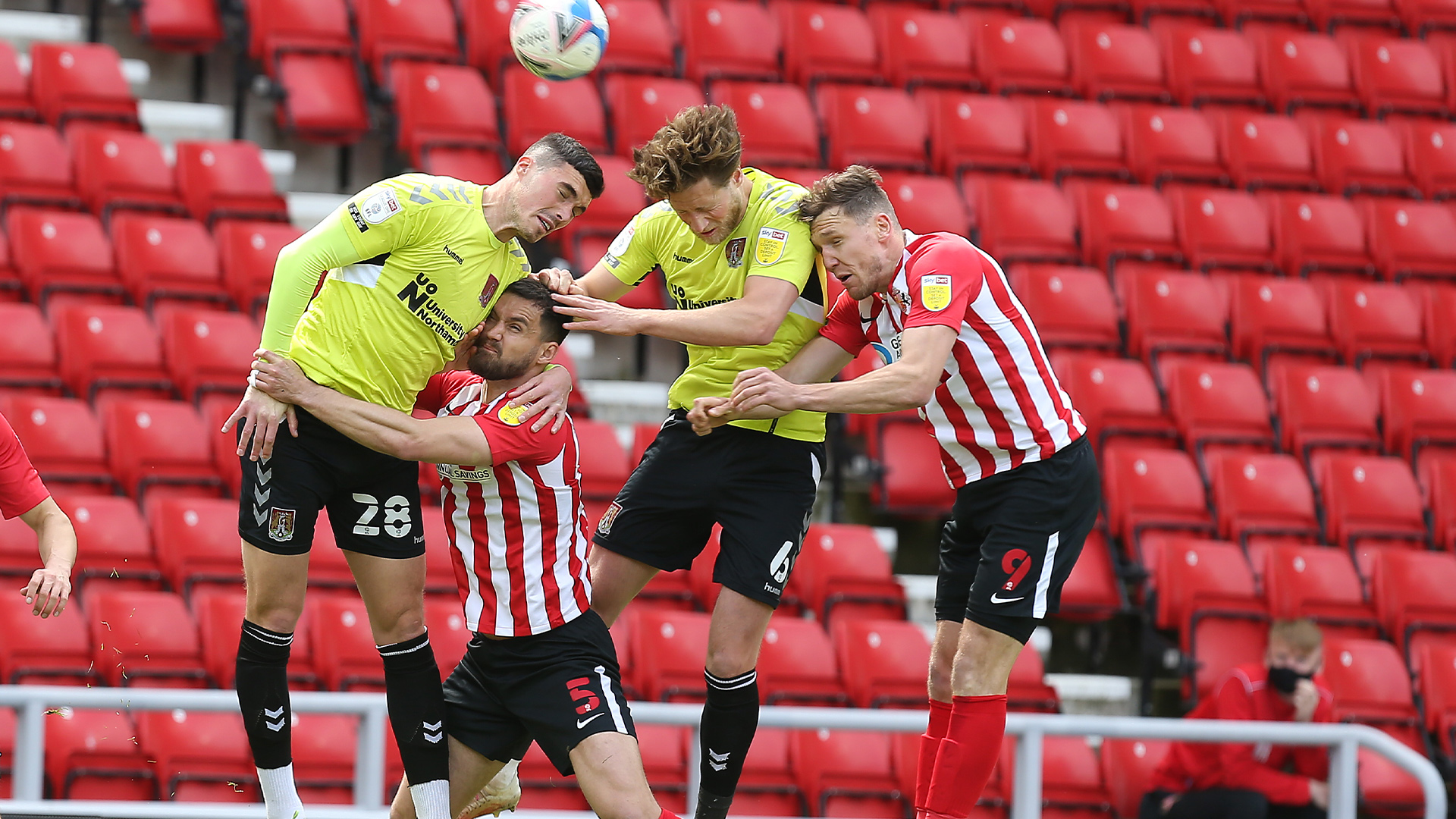