Sent off:
AFC Wimbledon: none
Cobblers: none

Alan Sheehan was back on the bench as caretaker boss Jon Brady named an unchanged starting XI for Northampton Town’s first ever trip to the newly built Plough Lane. Michael Harriman missed out through illness, joining Jack Sowerby, Mickel Miller and Steve Arnold on the sidelines.

Will Nightingale headed wide from a corner after a cagey opening twenty minutes, both sides playing their way into the game.

The first real chance of the afternoon came on the half-hour mark when Wimbledon capitalised on a loose back-pass from Shaun McWilliams but with Ryan Longman through one-on-one, Jonathan Mitchell stood firm to make the save.

Lloyd Jones blocked a shot from Luke O'Neill and the defender also made an important challenge to deny Joe Pigott before, deep in first half stoppage time, Mark Marshall saw a shot deflected behind.

Benny Ashley-Seal replaced Marshall at half-time but it was the Dons who threatened first after the break, Ryan Watson making a vital block to deny Alex Woodyard whose shot looked goal-bound.

Sam Hoskins and Joseph Mills both had shots blocked at close range and Watson curled over a free-kick from 25-yards in a good spell of pressure from the Cobblers, Peter Kioso also heading wide from another set piece.

Alex Jones came on for Danny Rose with the game still delicately poised heading into the final ten minutes. It was a tight tense affair but with 88 minutes on the clock the home side made the breakthrough from a corner, a Peter Kioso clearance rebounding back off Joe Pigott and in to the net.

The Cobblers were awarded a penalty when the referee pointed to the spot deep in stoppage time following a foul on Kioso but Nikola Tzanev saved Sam Hoskins' penalty to see the Dons to all three points. 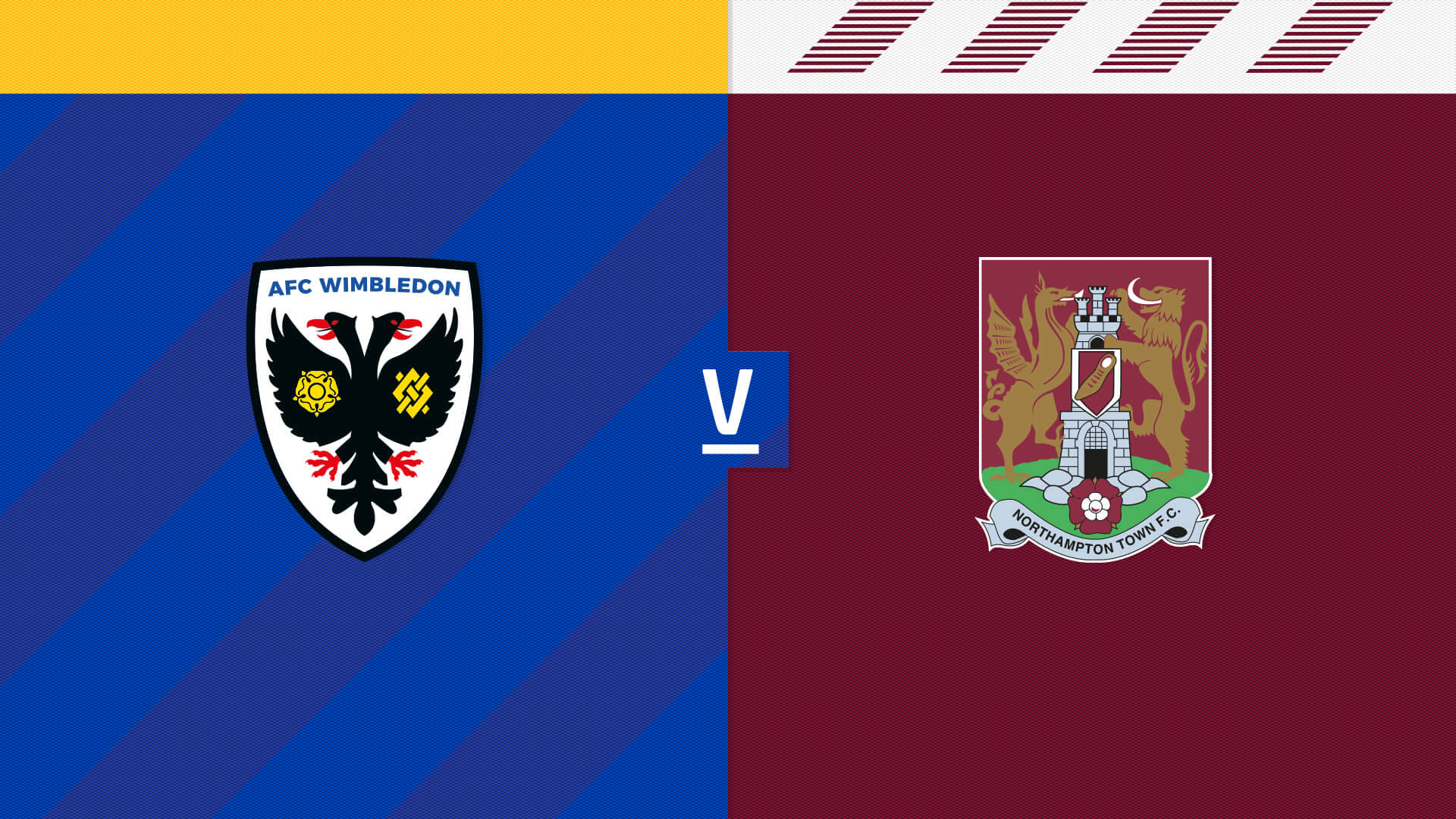 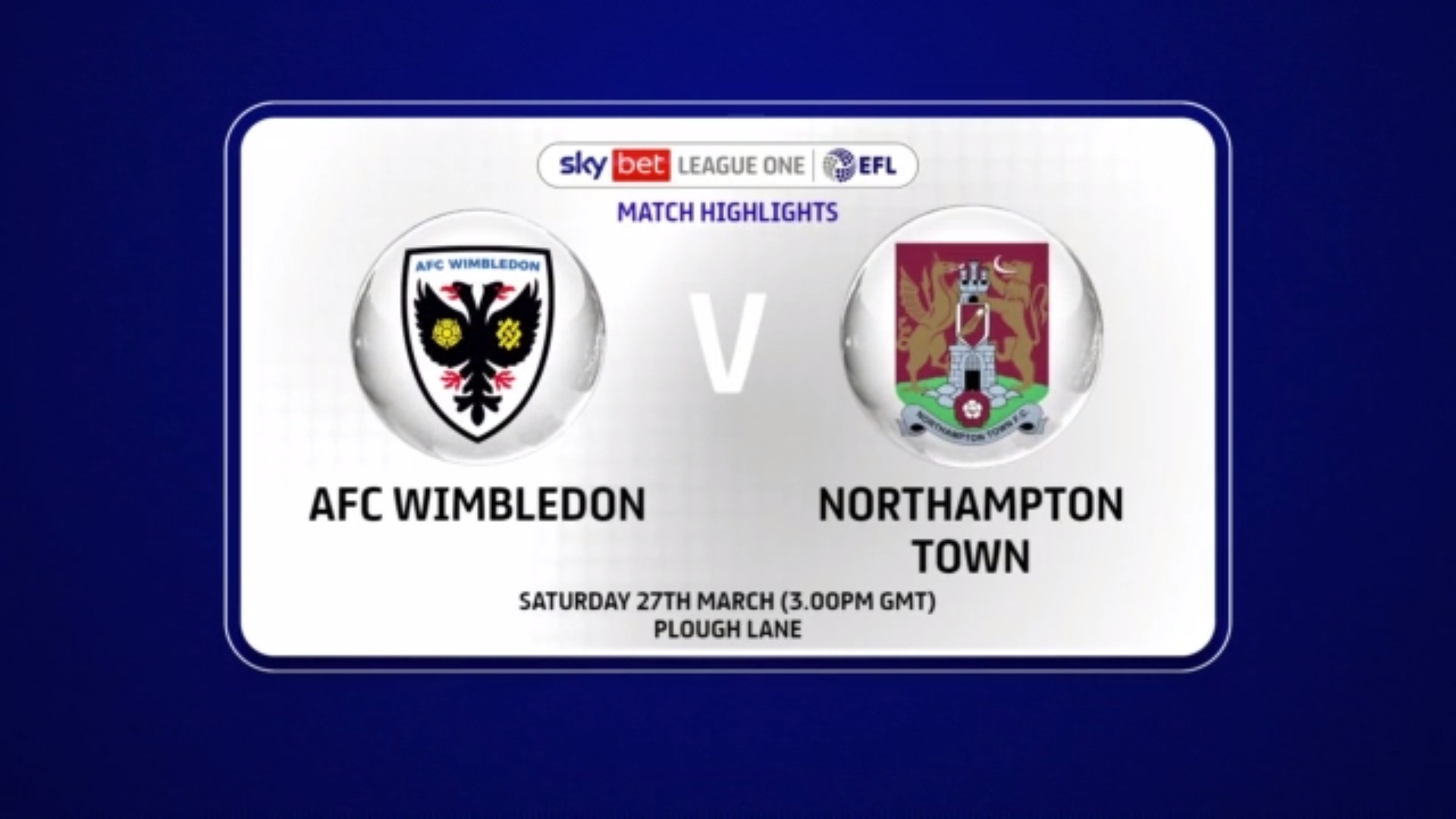 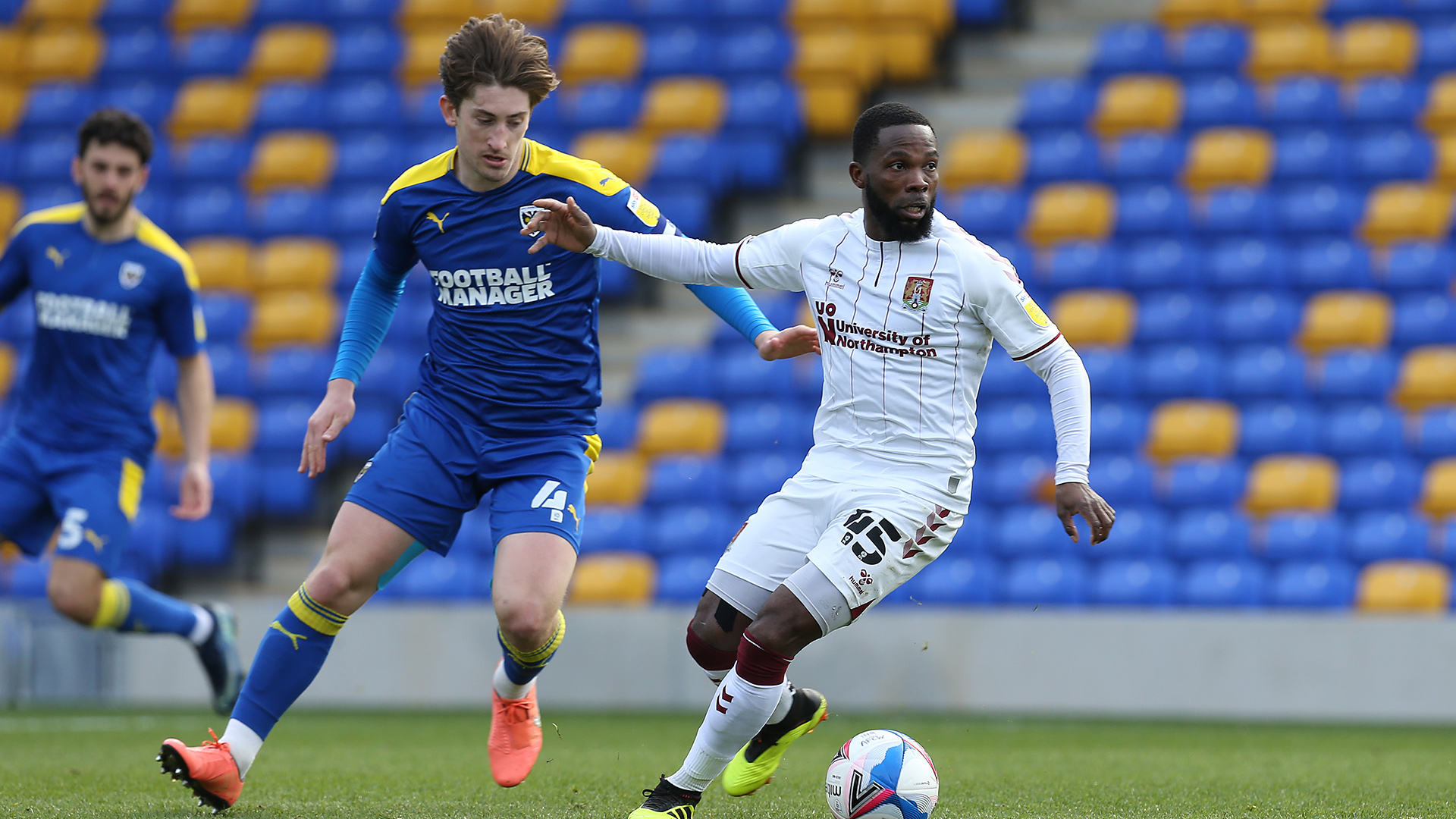