Jon Brady made one change for the trip to Swindon Town with Sam Hoskins returning to the starting line up in place of Shaun McWilliams as Alan Sheehan made his 450th career appearance.

On a sunny afternoon in Wiltshire, the home side had the first attempt at goal after eighteen minutes when defender Tom Broadbent, who remained forward after a set play, headed a cross from the right over the bar.

The Cobblers made a change after 24 minutes, with Fraser Horsfall replacing Sheehan, and just two minutes later Jon Brady’s side had the lead, Ryan Watson driving low in to the net from just inside the area.

Scott Twine was wide from distance for John Sheridan’s side on 34 minutes, while at the other end, Sam Hoskins released Mickel Miller in to the area but the Rotherham loanee’s shot was beyond the far post.

Home keeper Matthews was behind a Sam Hoskins shot two minutes before the interval, while in first half stoppage time Scott Twine levelled for the Robins, curling a free kick home despite Jonathan Mitchell’s best efforts to keep the ball out.

Sam Hoskins was close to restoring the Cobblers lead five minutes in to second half. Fraser Horsfall beat a number of defenders in the Swindon area before squaring the ball to Hoskins who saw his shot well blocked by the home defence.

After Matthew Palmer had become the first player of the game to be cautioned, Miller fired a low effort at goal that Swindon scrambled away after Matthews parried the first effort.

John Sheridan made his first change as Hallam Hope replaced Dominic Thompson, before Miller again tested the gloves of Matthews after latching on to a Ryan Edmondson flick.

Cobblers skipper Mills saw yellow for a foul on Jordon Garrick, as did Jonathan Grounds for a trip on Miller.

Ass the game reached the midway point of the second half, Marshall delivered a cross that Edmondson volleyed towards goal but Matthews was in the right place to make the save.

Swindon took the lead with twenty minutes to play, Garrick delivering a deep cross that Brett Pitman headed in at the far post, Mitchell just unable to stop the ball crossing the line.

Jon Brady made a double change on 74 minutes with Caleb Chukwuemeka and Danny Rose replacing Ryan Edmondson and Mark Marshall. Moments later, Bryn Morris was the latest player to be cautioned, before being replaced by Shaun McWilliams.

Mitchell pushed away a drive from Twine on 85 minutes, and although the Cobblers pressed for an equaliser in the six added minutes, the home side saw the game through to claim the three points, former Cobbler Christoper Missilou coming on in the dying seconds. 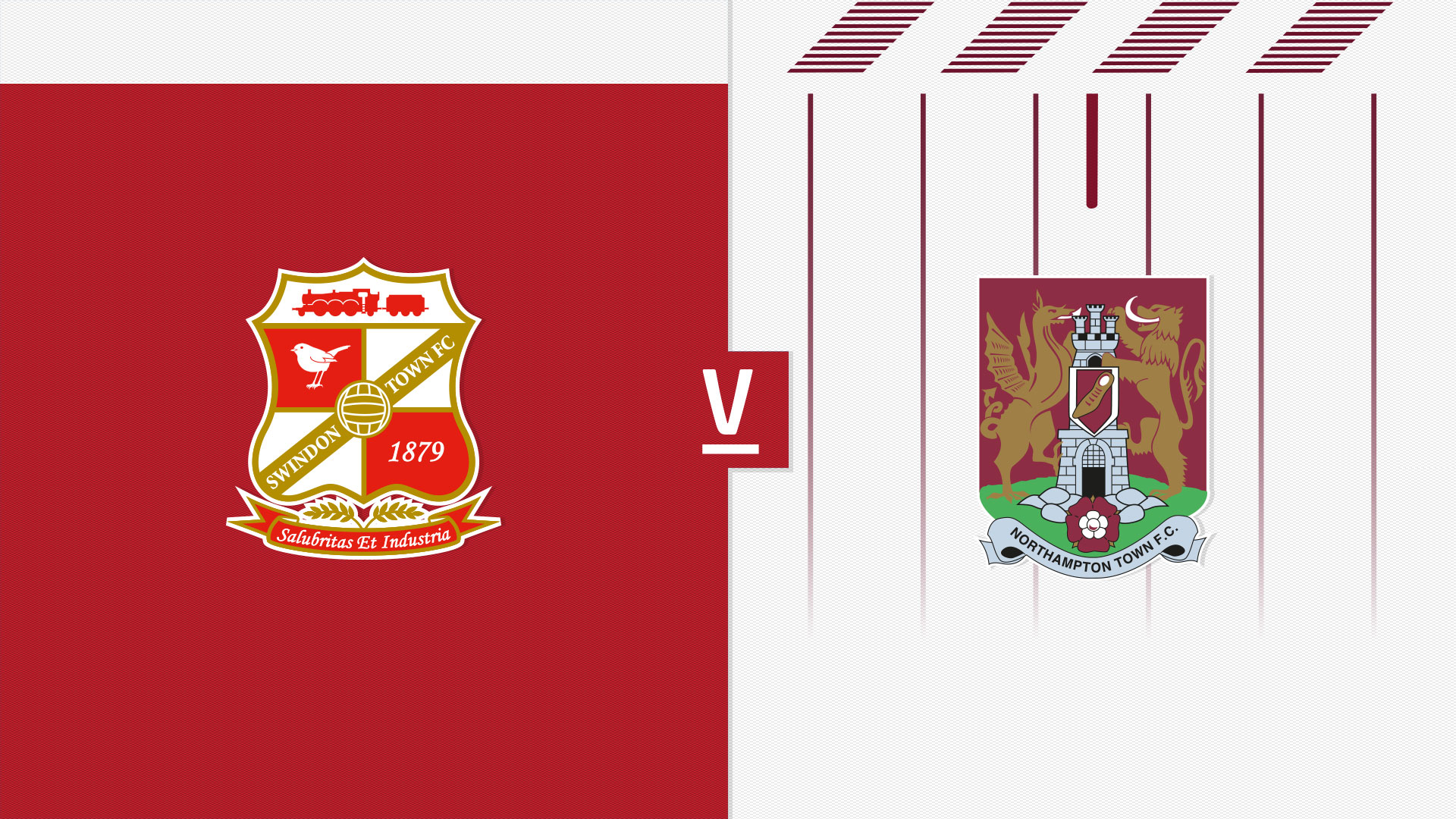 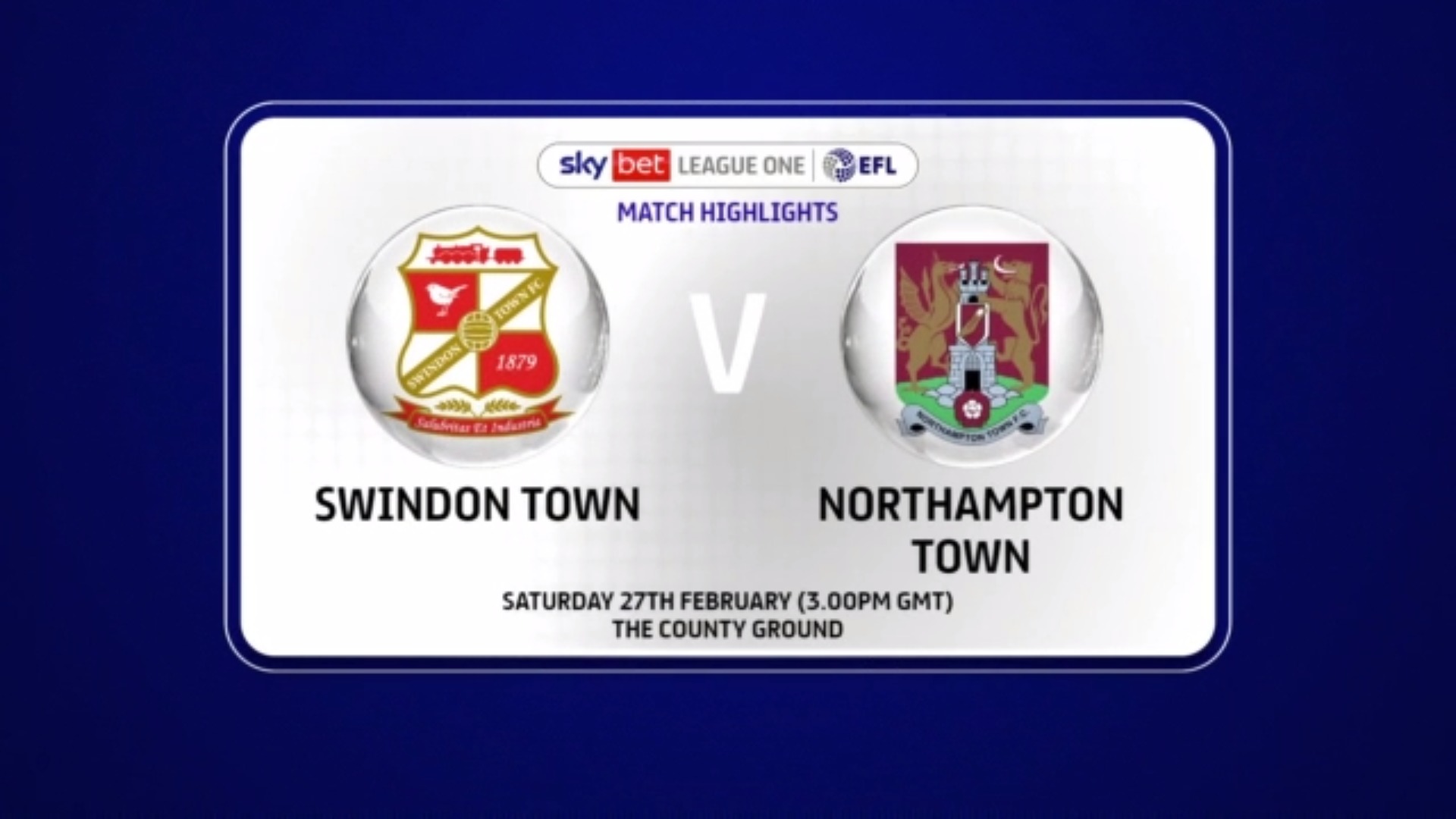 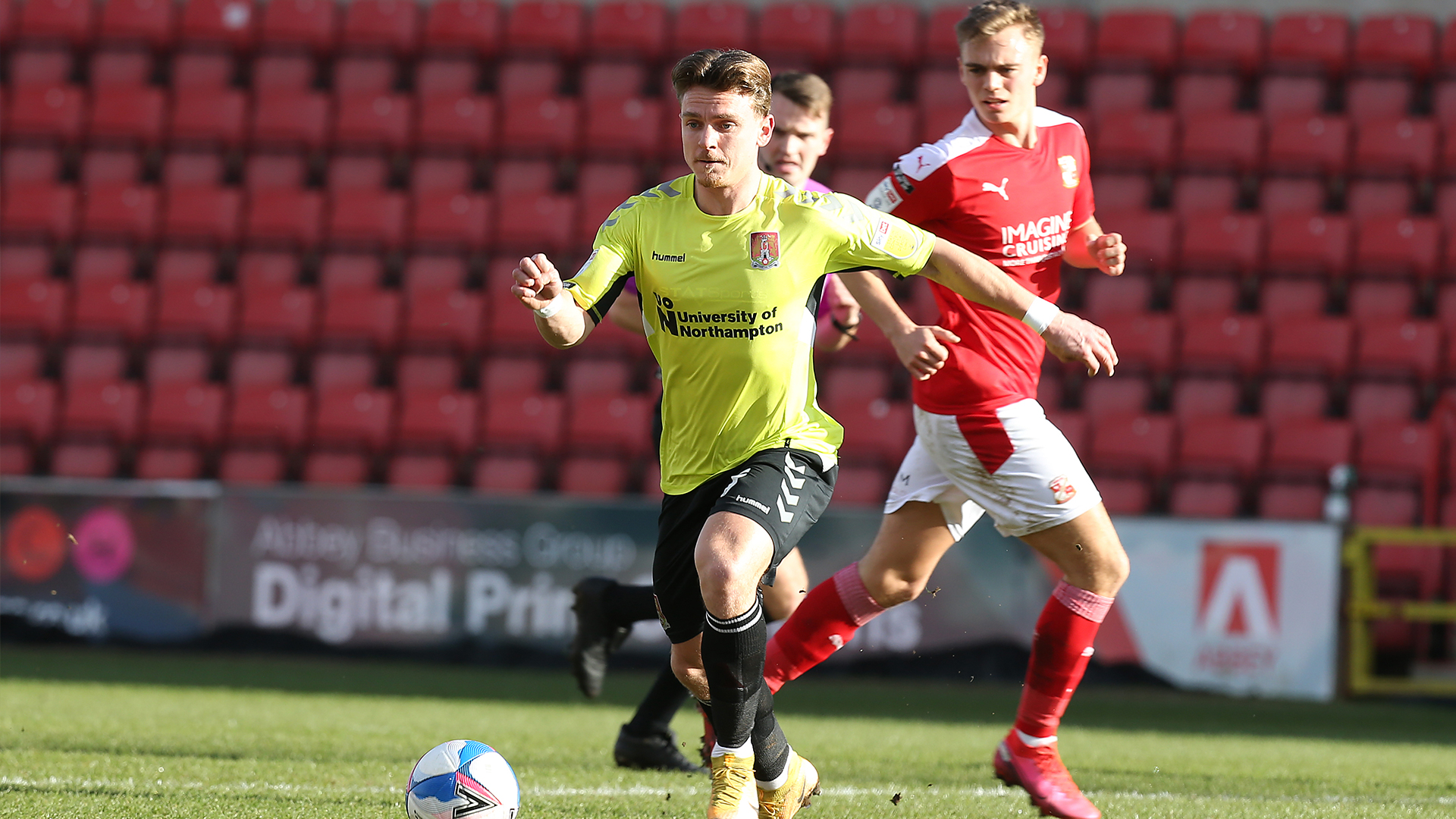