Alan Sheehan and Mickel Miller came into the Northampton Town side as two of four changes made by caretaker boss Jon Brady for the midweek clash with Rochdale. Ryan Watson and Ryan Edmondson were also recalled to the starting XI with Jack Sowerby, Fraser Horsfall, Sam Hoskins and Danny Rose dropping to the bench.

On a very windy night at the PTS Academy Stadium, Gavin Bazunu made a good low save to deny Watson with a Dale defender just able to clear the rebound before Mark Marshall could pounce. Stephen Humphrys headed wide in a good chance for the visitors, both sides feeling their way into the contest in testing conditions.

Bazunu saved comfortably from Miller and Watson after some good work by Edmondson, Watson also seeing a shot blocked at close range as the Cobblers tried to prise an opening before half-time.

Sam Hoskins replaced Miller at half-time and almost immediately set up a chance for Edmondson who was denied one-on-one by a good save from Bazunu. Edmondson then slipped in Marshall who fired over via a deflection.

Jonathan Mitchell made a good save to deny Dale substitute Kwadwo Baah, the game still delicately poised going into the last fifteen minutes.

Peter Kioso’s teasing cross evaded everyone as the Cobblers pushed for a late winner but it wasn’t to be and the points were shared. 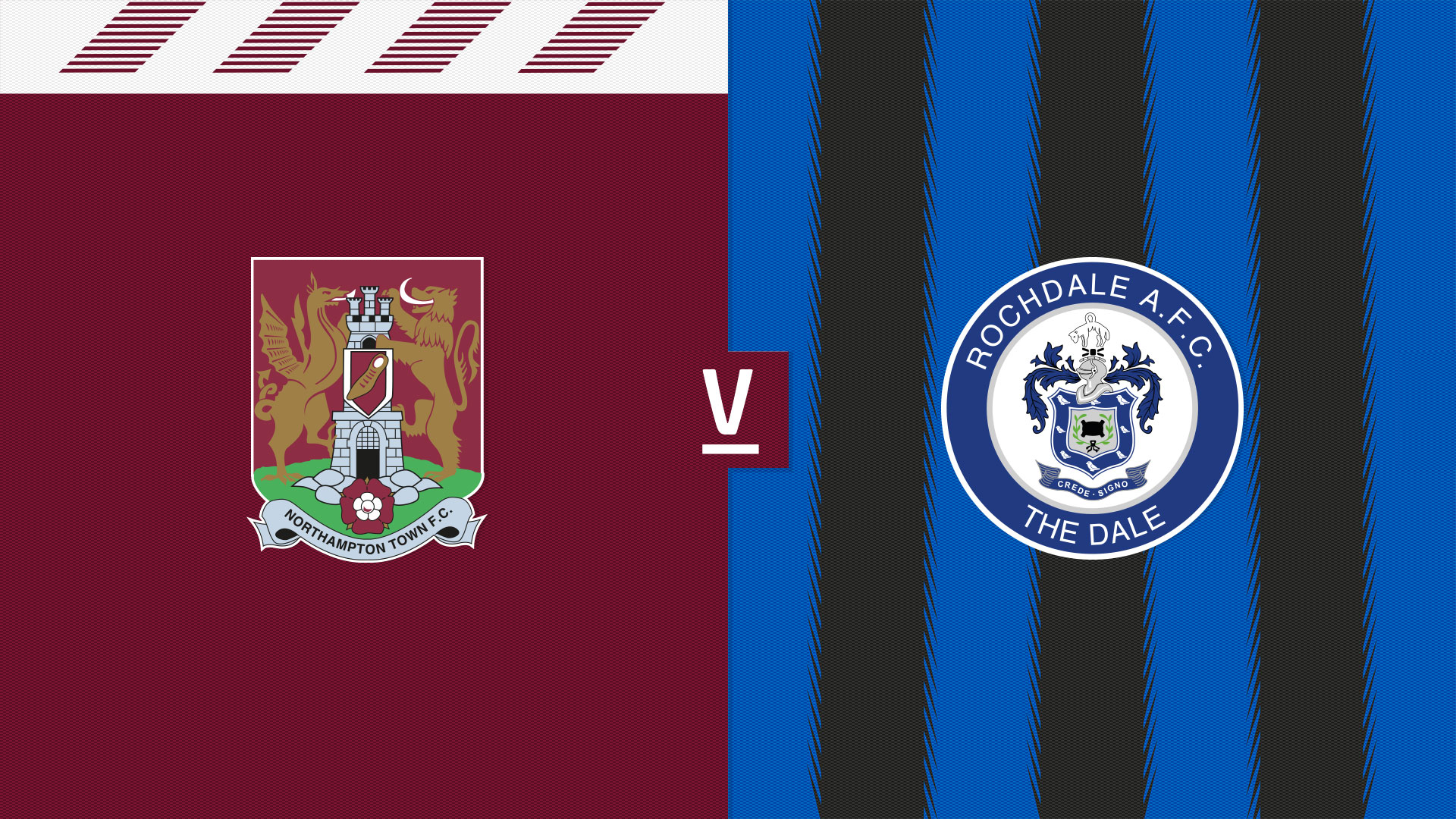 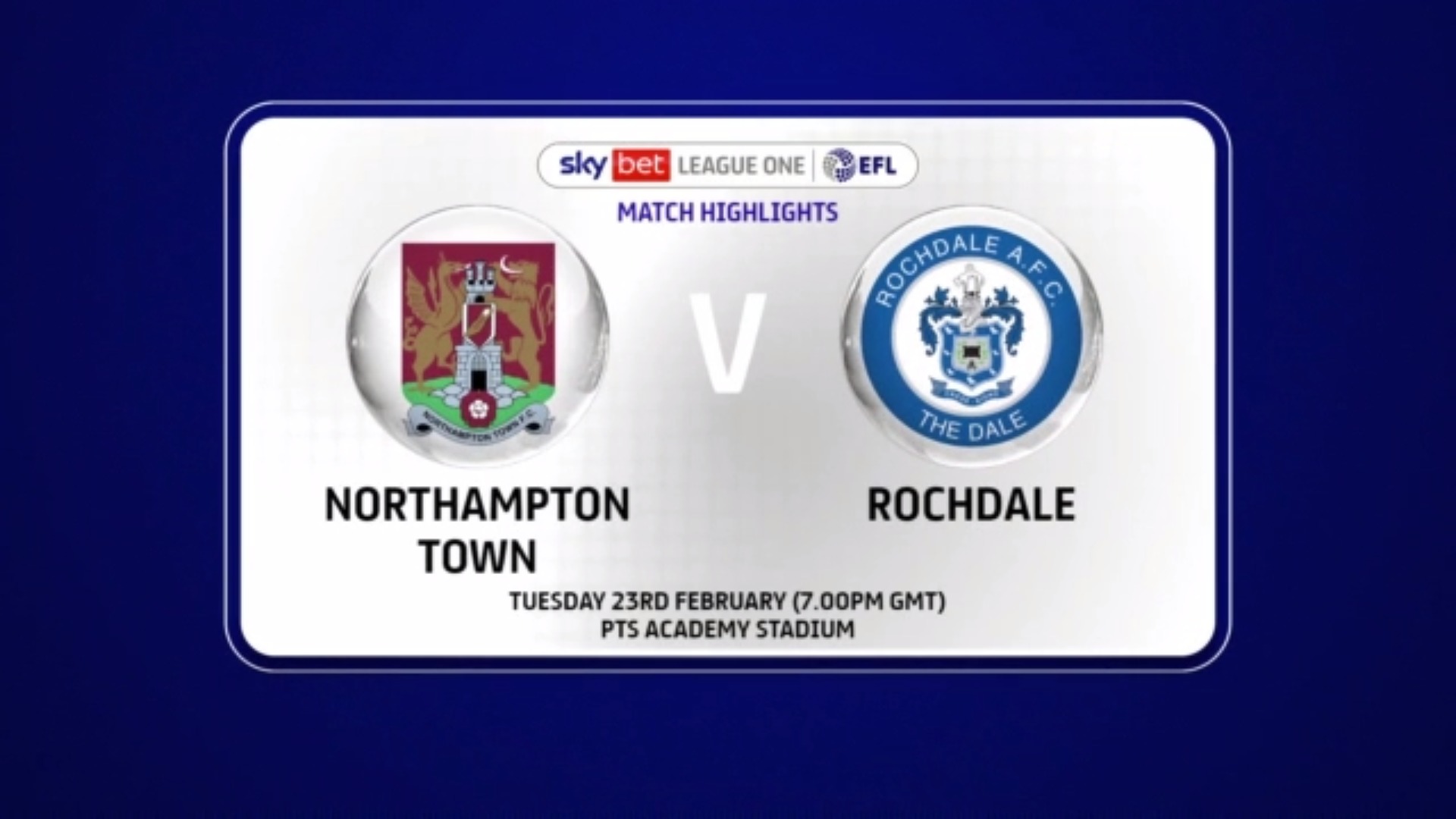 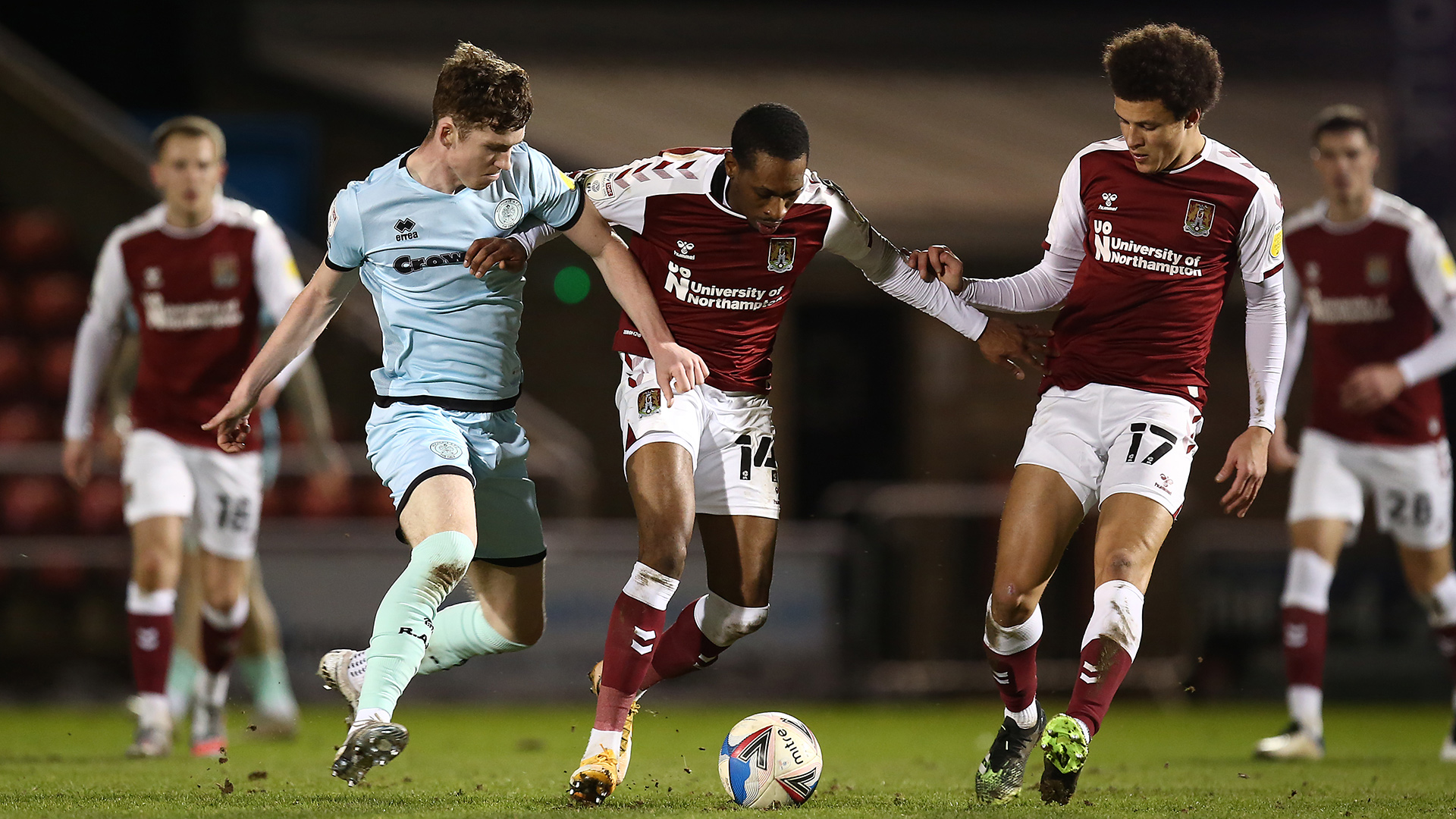