Shaun McWilliams and Danny Rose came back into the Northampton Town side for the trip to Accrington Stanley who went into the game only outside the top six on goal difference and with games in hand on their promotion rivals. Steve Arnold was named on the bench after recovering from injury but boss Keith Curle was still without Alan Sheehan, Mickel Miller and Scott Pollock.

Jack Sowerby forced Nathan Baxter into an early save after taking aim from 25-yards and Peter Kioso had a header tipped over from a corner in an encouraging opening ten minutes. Colby Bishop headed wide for Accrington before Fraser Horsfall went close with a deflected effort and Danny Rose, on the stretch, just failed to find the target. Dion Charles then found the side netting for the home side as a lively first half reached the midway point.

Cameron Burgess replaced Tariq Uwakwe in what looked like a tactical change for Accrington who survived a moment of danger when Baxter couldn’t hold on to a low cross from Joseph Mills but, with Ryan Edmondson lurking, the Stanley defence managed to clear. Referee Peter Wright waved away the Cobblers appeals for a penalty when Rose went down in the area and Sam Hoskins was almost in to score when he was played in by Edmondson following a swift counter-attack started by Kioso. They couldn’t however force the breakthrough before half-time despite having much the better of things in an entertaining first 45.

Baxter saved comfortably from Rose at the start of the second half as the Cobblers continued to press and probe looking for the goal their performance warranted.

Bryn Morris came on for Mills in the Cobblers' first change before a neat passage of play from Accrington lead to Colby Bishop shooting narrowly wide from 15-yards.

Adam Phillips had a shot blocked at close range while Joe Pritchard was maybe a little fortunate to escape with only a yellow card following a high challenge on Kioso. Pritchard failed to see out the full 90 however, the midfielder booked for a second time after another poor challenge, this time on Hoskins.

The Cobblers were pressing hard with Sowerby and Rose both going close but were unable to force the winner they deserved and instead had to settle for a very creditable away point. 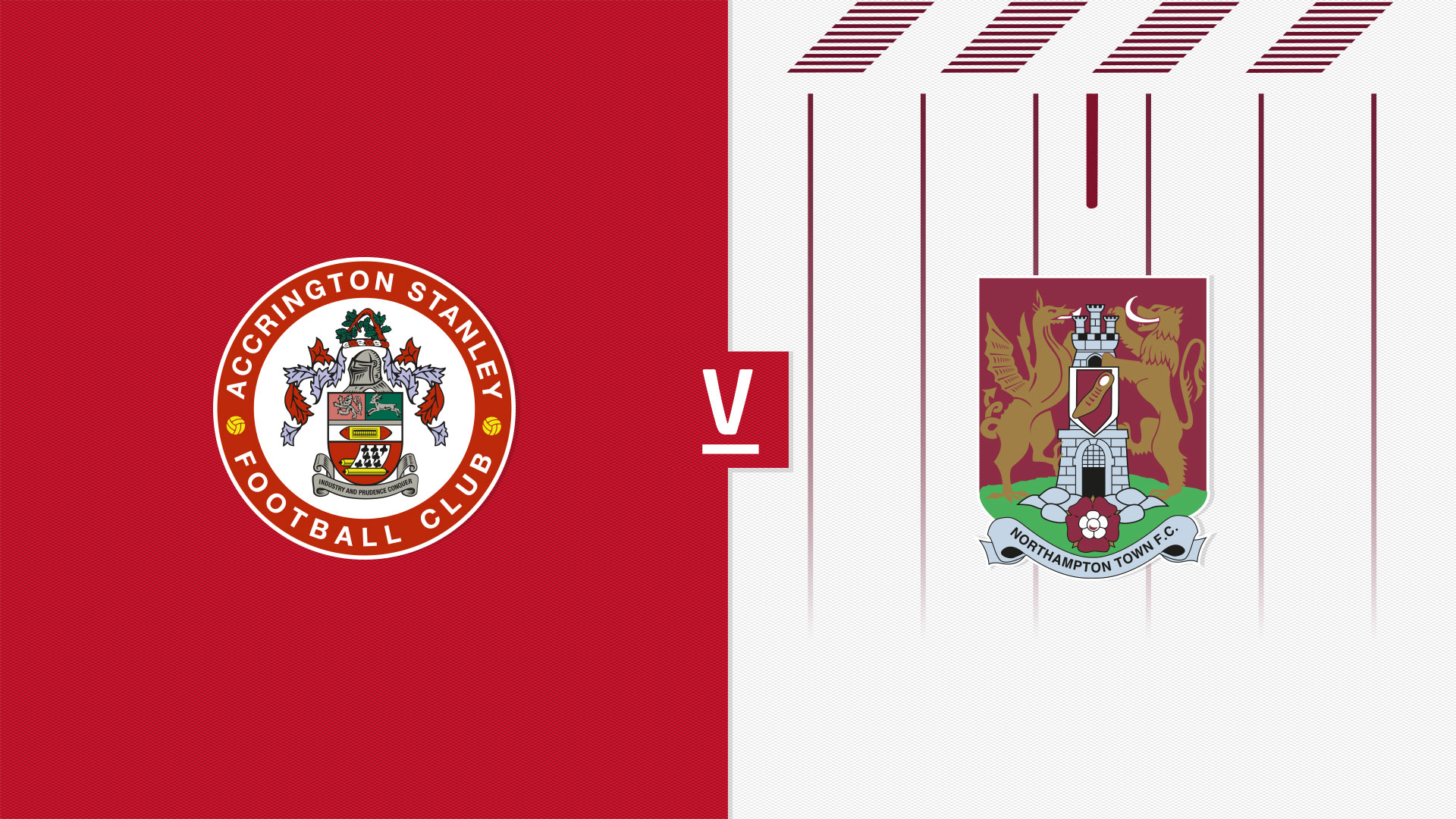 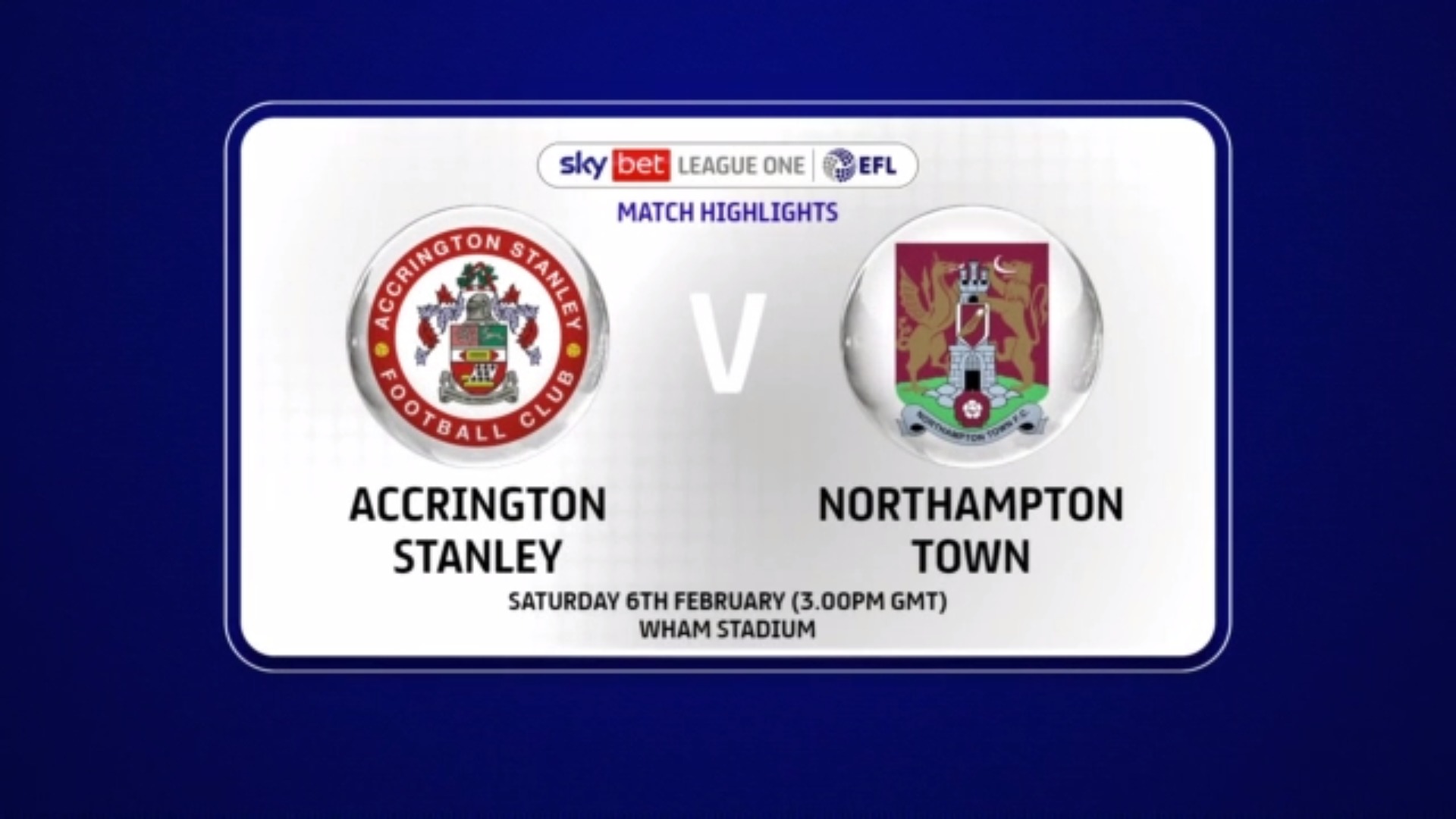 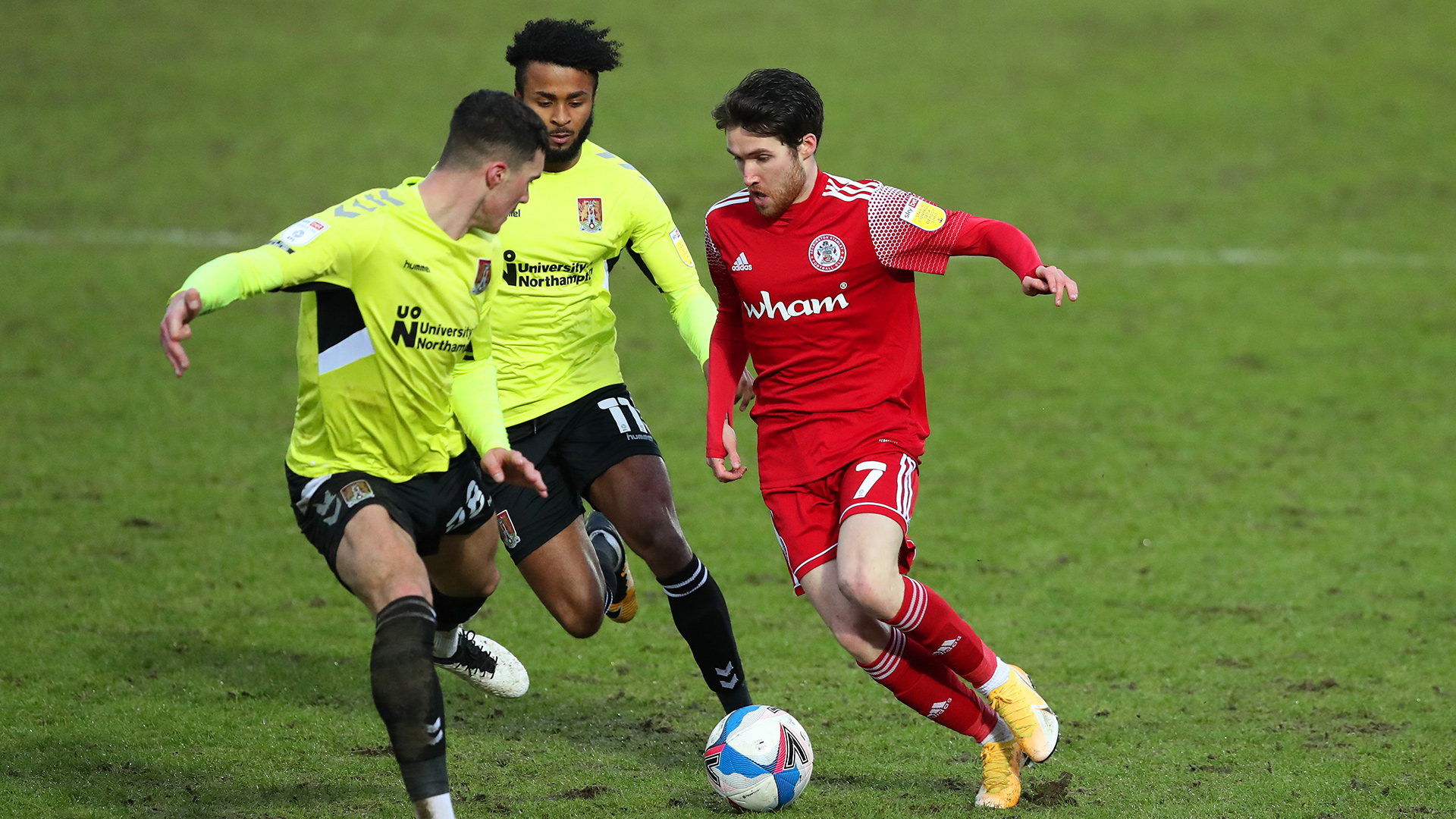