Sent off:
Cobblers: none
Lincoln: none

Cian Bolger was back from suspension to captain Northampton Town against his former club Lincoln City at the PTS Academy Stadium. Nicky Adams, Mark Marshall, Christopher Missilou and Benny Ashley-Seal also came into the side with Shaun McWilliams and Joe Martin still missing through suspension and Jack Sowerby joining Alan Sheehan, Joseph Mils and Scott Pollock on the injury list.

The 2,000 home supporters inside the stadium were making some good noise as the game got underway but it was Lincoln who took an early lead through Anthony Scully, who on the end of a long ball over the top, cut inside and fired home past Steve Arnold.

Jorge Grant volleyed over following a slick Imps move before the Cobblers pressed for an equaliser with Danny Rose almost in to turn home a Fraser Horsfall knockdown from a Nicky Adams corner. Horsfall then headed over from another Adams corner before Danny Rose made an important block to prevent Lincoln doubling their lead.

Despite some good pressure from the Cobblers, Tom Hopper headed home from a Jorge Grant free-kick on 42 minutes to put Lincoln 2-0 up going in at half-time.

Ricky Korboa came on for the second half in place of Marshall.

Brennan Johnson found the side netting via a touch from Arnold and the Cobblers keeper saved from Lewis Montsma as Lincoln looked to increase their lead. Adams then had a chance to pull a goal back but, well-placed inside the area, his shot went over the bar.

Harry Smith replaced Missilou in the Cobblers second change following a scrappy period of play and a lengthy stoppage as Montsma received treatment for a head wound.

Arnold made a good stop to deny Imps substitute Harry Anderson before Cian Bolger headed against the underside of the cross bar from close range as the Cobblers went agonisingly close to a goal.

Brennan Johnson made it 3-0 with a neat lob over Arnold and deep in stoppage time Johnson scored a second as Lincoln won 4-0.

For bubbles of more than one person, please note the ticket(s) have been sent to the bubble co-ordinator so please speak to your co-ordinator.

If you are the bubble co-ordinator and have not received your email and believe you should have, you can contact the club by either calling 01604 683777 (10am-5pm Monday to Friday) or you can email ifollow@ntfc.co.uk

If you can print your tickets at home, please do so, please see below.

For those supporters who do not have an email address showing on the ticket office system, we have printed those tickets and have posted them out to you.

If you have tickets to attend and don’t wish to, please email ifollow@ntfc.co.uk and we can allocate your seats to another bubble.

The iFollow service remains in place for all season ticket holders not attending a particular match.

Thank you for your support and patience.

Those season ticket holder bubble co-ordinators who are attending the Lincoln City game will have received a confirmation email via ntfcdirect.co.uk which will allow those supporters to print their tickets at home.

In that confirmation email, there will be a CLICK HERE link, a reference number and the stand, row and seat number you have been allocated for this game. Please see example below. 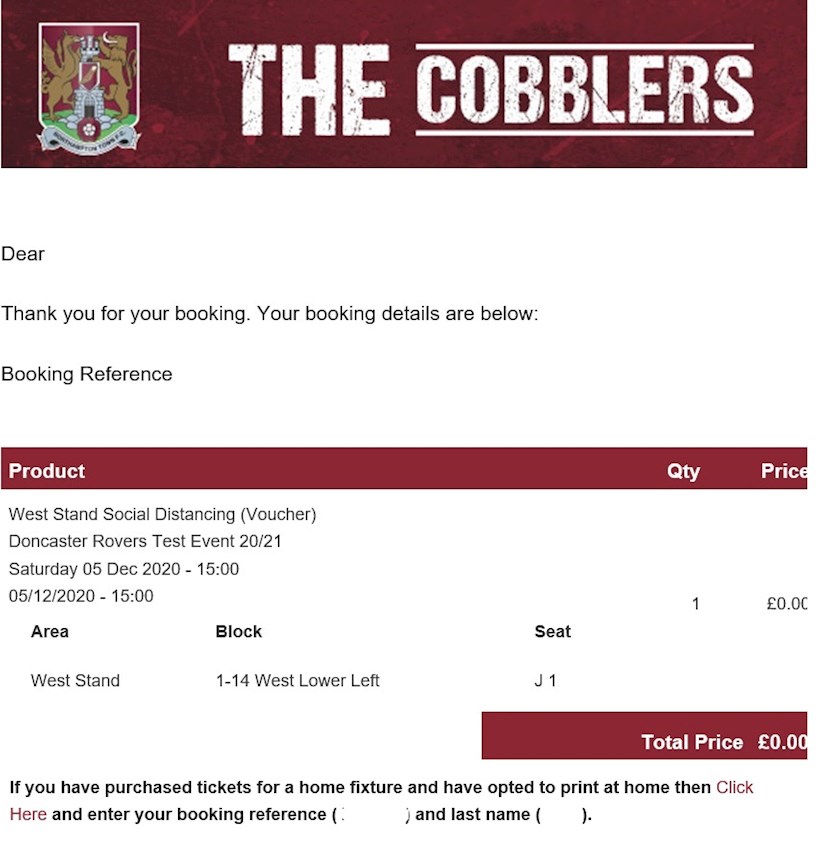 When you click on the link in the email, please enter your booking reference shown and your surname to reveal your tickets which you can then print at home and bring with you to the game.

Those who are unable to print at home can collect their tickets from the club store between 10am and 5pm weekdays or, if you cannot do either of the above, you can collect on arrival on the day of the game from 1pm onwards, but we would please recommend printing at home where at all possible.

Will I be sat in my usual seat? Where can I park? FAQs are here. 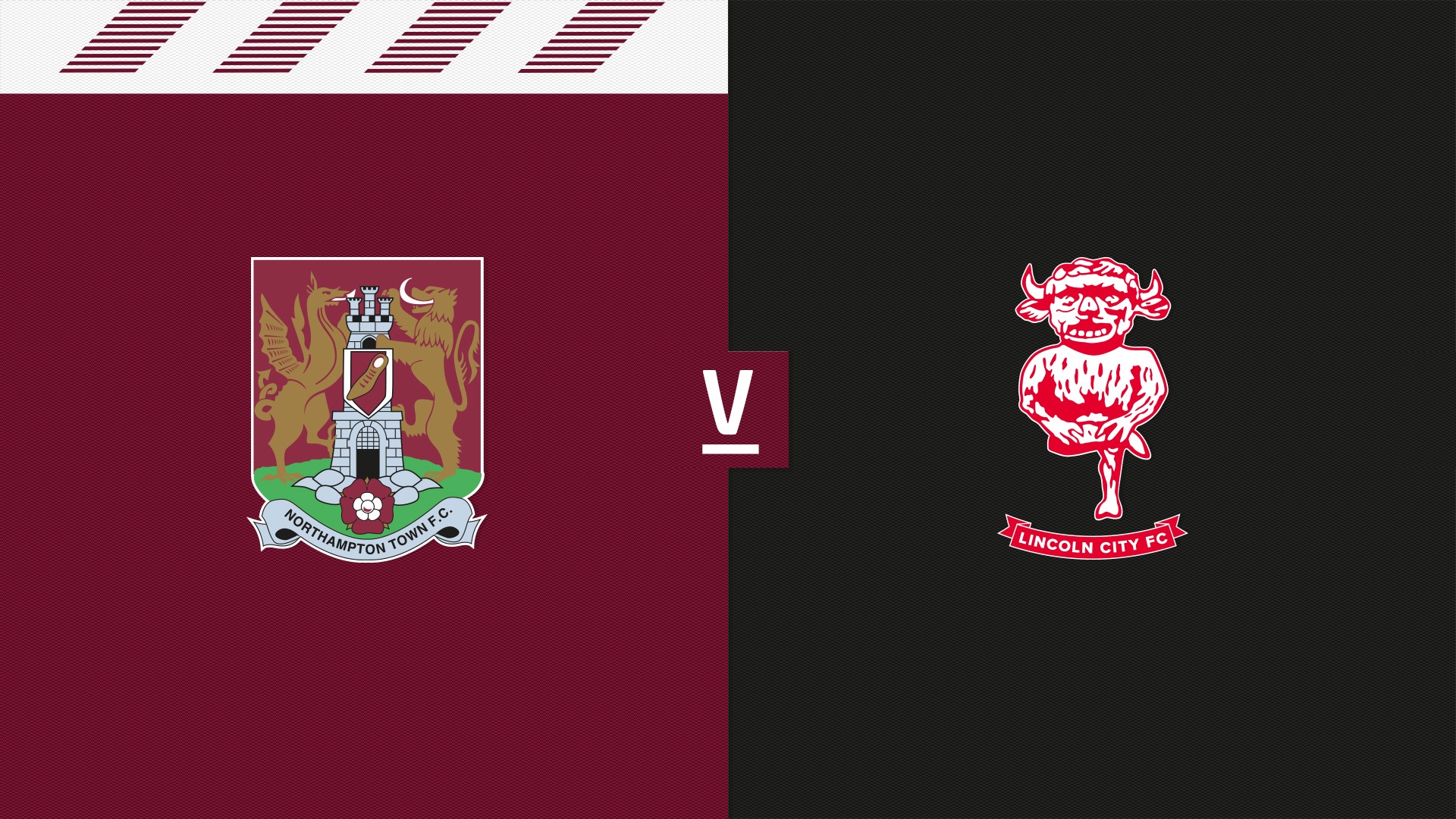 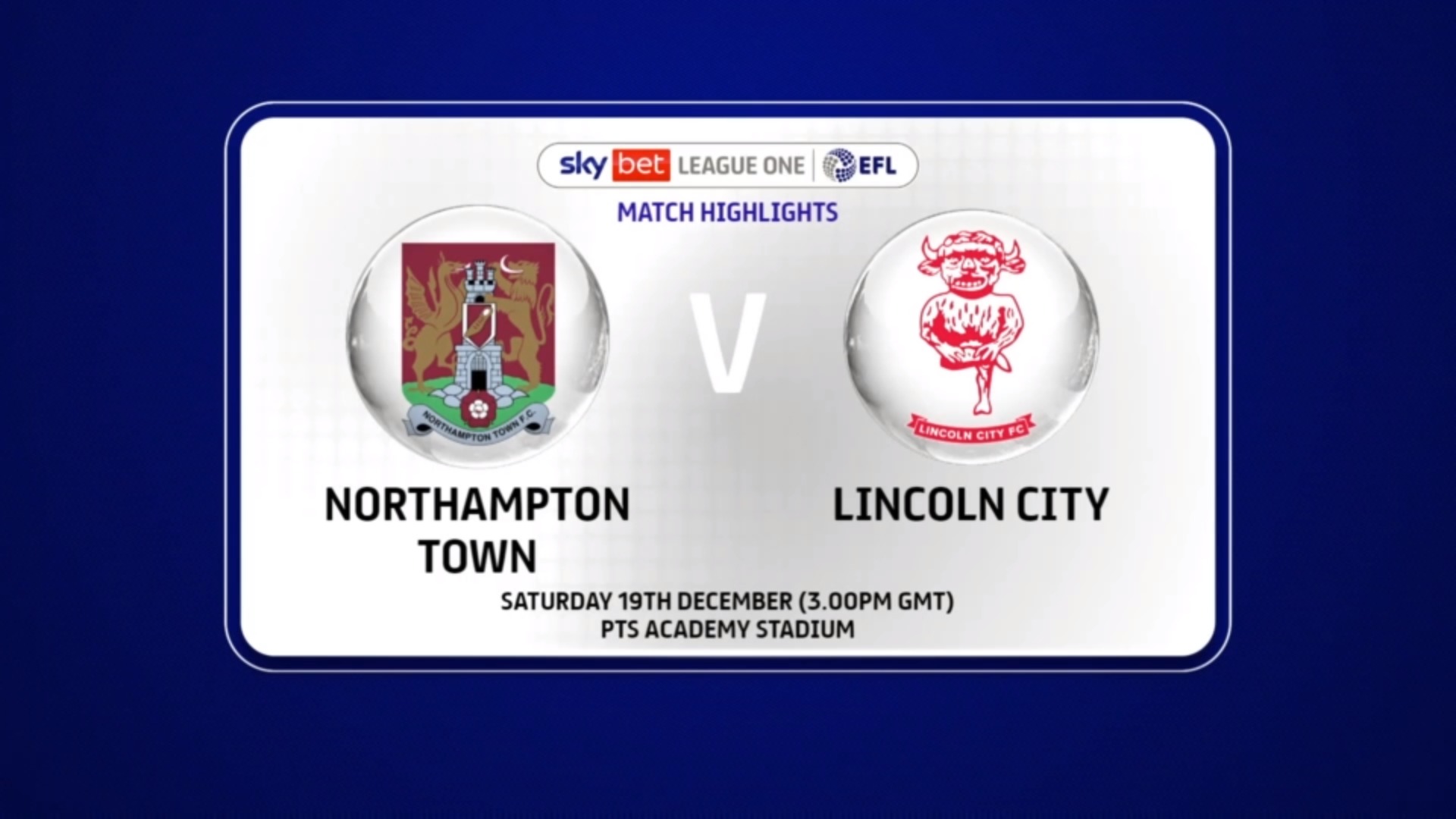 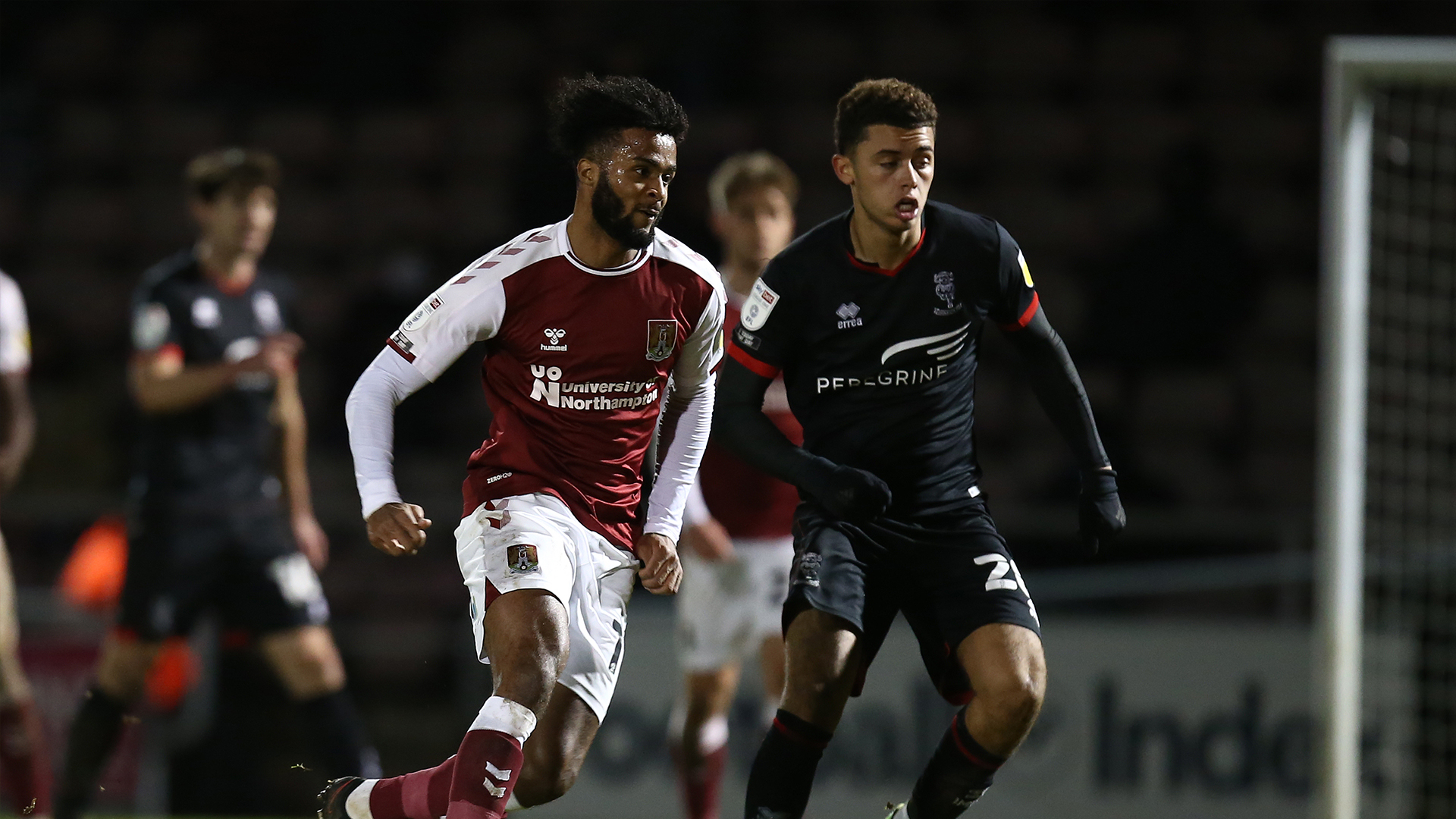