Captain Cian Bolger was passed fit for Northampton Town’s trip to Crewe Alexandra but Alan Sheehan was still unavailable for selection due to injury. Former Cobbler Daniel Powell was named on the Alex bench.

On the front foot from kick off, the Cobblers took the lead inside four minutes from a quickly taken Nicky Adams free-kick. Adams played the ball to Sam Hoskins and his ball into the box was turned in by Ricky Holmes for his first goal since returning to the club for a second spell.

Harry Smith and Christopher Missilou failed to find the target from distance before Crewe started to press forward, Mikael Mandron heading over from a corner and several players seeing shots blocked following a scramble in the Town area. In the midst of all that action Bolger picked up a yellow card, his fifth of the season incurring the defender a one-match ban.

Having seen off that period of pressure another Cobblers free-kick nearly led to a second goal, Fraser Horsfall’s volley just wide.

Missilou blocked a shot from Tom Lowery as the Cobblers continued to stand firm, Crewe failing to seriously test Steve Arnold despite forcing a couple of corners towards the end of the first half.

Owen Dale equalised for Crewe on 53 minutes, volleying in at the back post after getting on the end of a cross in from Charlie Kirk. Lowery then spurned a good chance to put the home side in front but with only Arnold to beat couldn’t keep his shot down as Caleb Chukwuemeka and Ryan Watson came on in a double change for the Cobblers, Adams and Holmes making way.

With twenty minutes to play the Cobblers were reduced to ten men, Joe Martin, booked in the first half for timewasting, shown a second yellow card for what the referee adjudged to be a foul on Luke Offord, although it appeared Martin had been pushed into him by another Crewe player.

Charlie Kirk struck the post as Crewe almost immediately made the most of their numerical advantage before 17-year old defender Max Dyche, son of Burnley boss and former Cobbler Sean Dyche, came on to make his professional debut.

Hoskins cleared a spectacular effort from Kirk off the line, Arnold made a terrific one-on-one save to deny Lowery and Mikael Mandron headed against the cross bar with Kirk’s follow-up effort wide as the Crewe pressure intensified, Bolger also forced into making a last-ditch clearance.

Arnold saved from Kirk and substitute Luke Murphy as Crewe continued to press hard for a winner but it looked as though the Cobblers were going to hold out with ten men until deep into stoppage time when Ryan Wintle scored from close range to seal all three points for the home side. 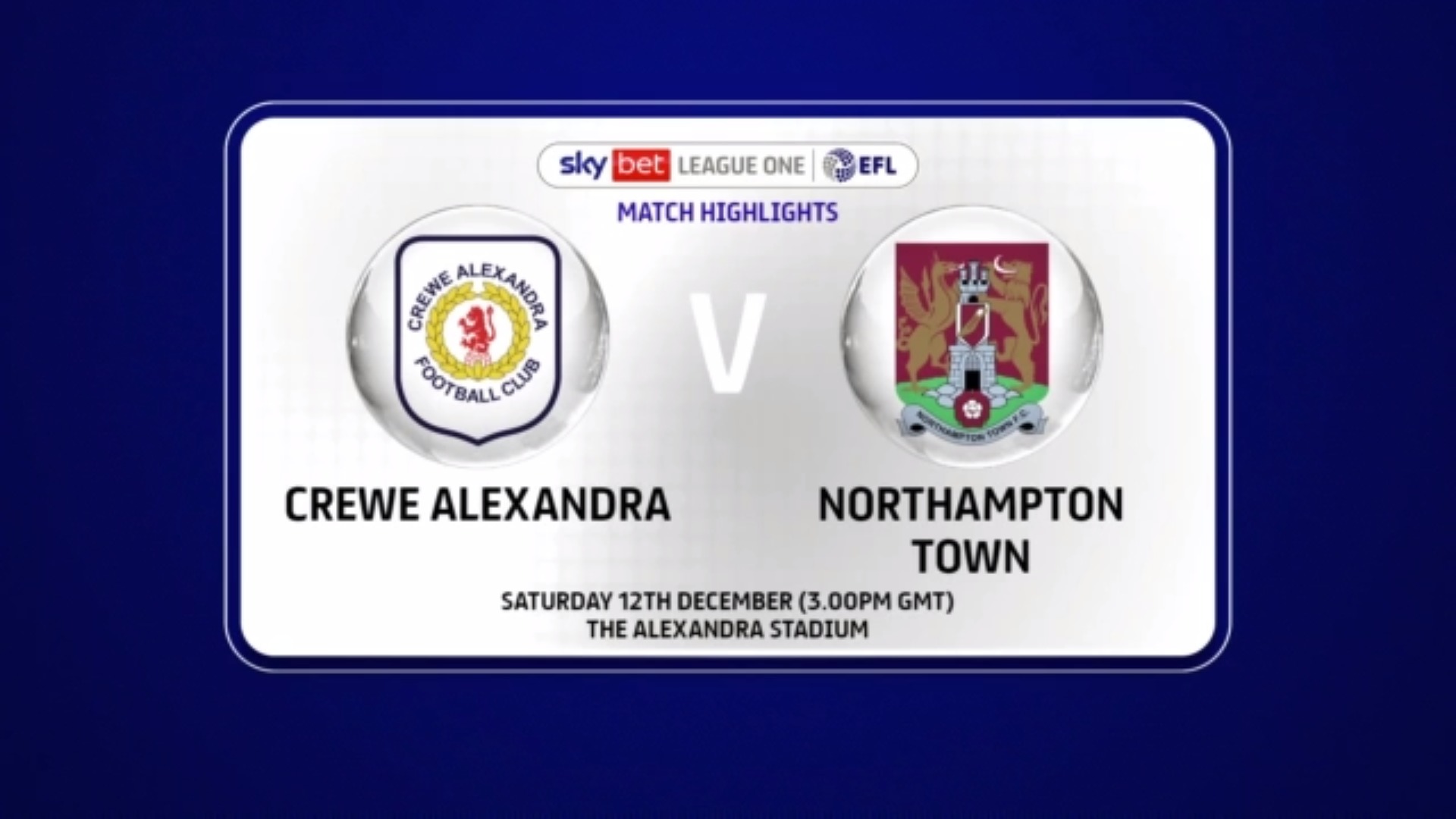 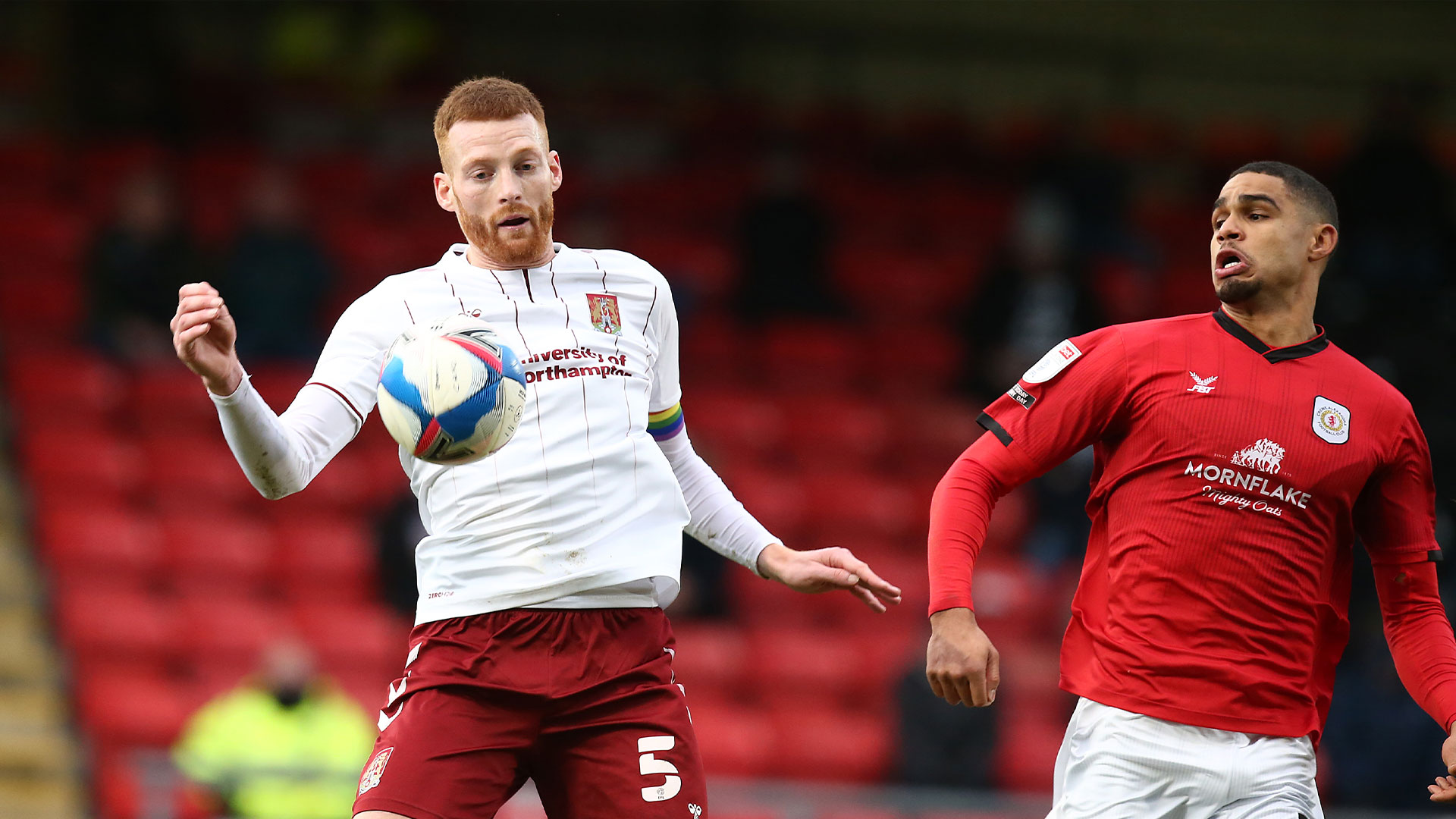 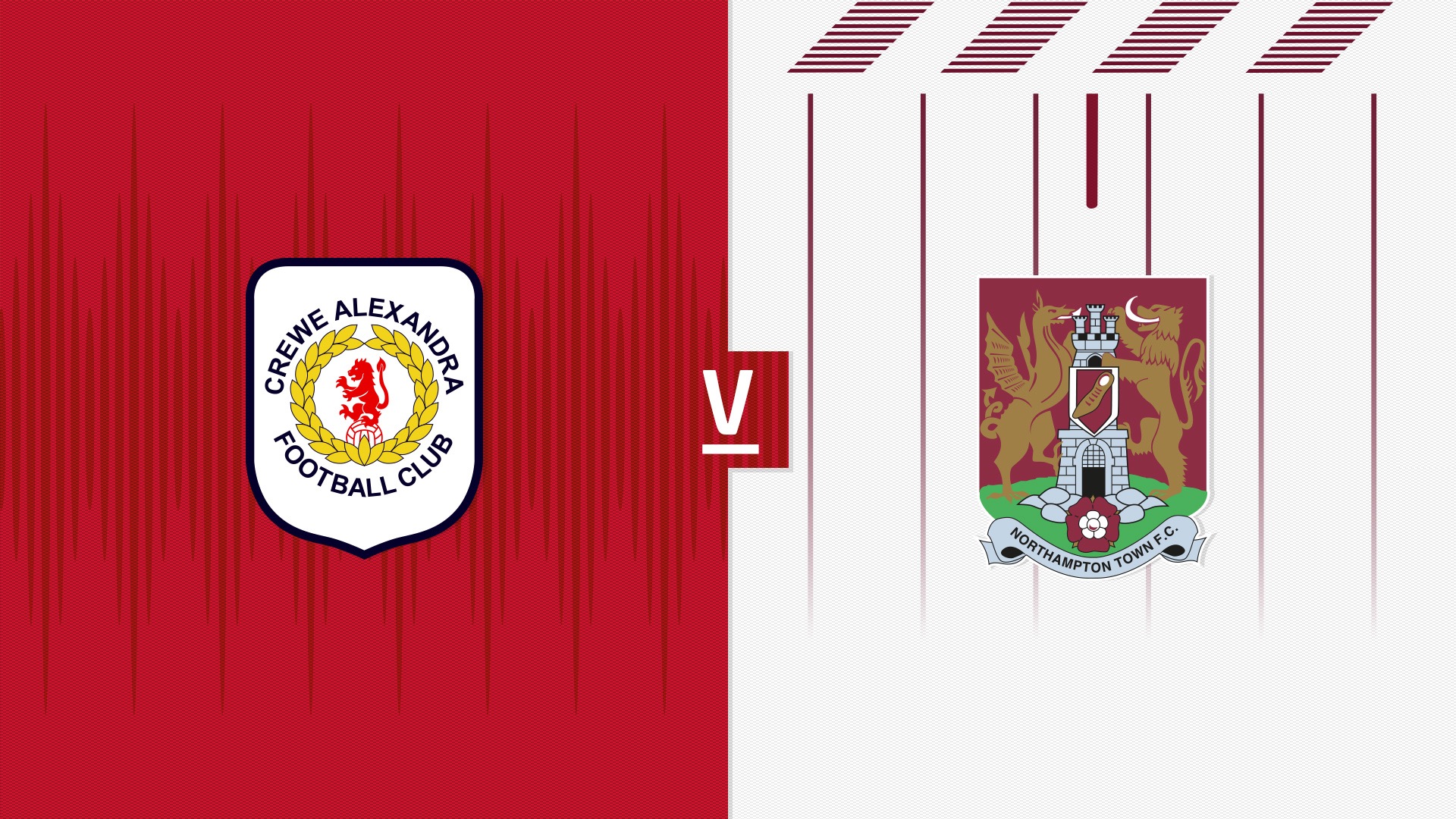