Sent off:
Morecambe: none
Cobblers: none

Keith Curle again named an unchanged side for the trip to Morecambe with Reece Hall-Johnson and Harry Smith, back from injury and suspension respectively, named on the bench.

Morecambe’s A-Jay Leitch-Smith drew an early save from David Cornell but with 20 minutes played it was the Cobblers who made the breakthrough, Jordan Turnbull heading home a Nicky Adams corner.

Turnbull was enjoying a good afternoon and he was on target again before half-time, finding the bottom corner with a low shot from 25-yards.

Shaun Miller went close with a shot from distance before the break but it was the Cobblers who almost extended their lead, an Andy Williams header hitting the top of the cross bar as the first half drew to a close.

Harry Smith replaced Michael Harriman at half-time while in the opening exchanges of the second half, Scott Wharton flicked a corner just over and Joe Martin saw a free-kick go close as the Cobblers continued to press for a third goal.

Not for the first time this season Nicky Adams was denied by the woodwork after curling a shot against the bar before Reece Hall-Johnson made his playing return from injury with Andy Williams making way.

Following a lengthy delay after the assistant referee picked up an injury and had to be replaced by the fourth official Morecambe pulled a goal back, substitute Adam Buxton with a low strike into the bottom corner from 25-yards.

The goal visibly lifted the home side and but for a superb save from Cornell to turn behind a shot from Leitch-Smith the scores would have been level.

An incredible ten minutes of stoppage time were signalled and Morecambe were back on level terms when another substitute, Kevin Ellison tucked the ball home from close range.

There was still plenty of time for more drama though and the Cobblers went agonisingly close to re-taking the lead when they were again denied by the woodwork, a Sam Hoskins flick coming back off the bar.

Hall-Johnson also went agonisingly close with a volley just wide but with both sides pushing for a winner the points were shared.

We have been allocated an initial 496 tickets for this game in the PMG Stand blocks A and B.

These tickets are now on sale from the PTS Academy Stadium and ntfcdirect.co.uk priced as follows:

* Each paying adult or concession can claim one free under 11 ticket. Additional children pay the junior rate. Students must be in full time education. Under 14s must be accompanied by a responsible adult.

All prices will increase by £2 on matchday.

PLEASE NOTE AWAY SUPPORTERS ARE UNABLE TO PAY CASH ON ARRIVAL.

Any tickets purchased online and not collected will be taken to the game for collection on arrival. 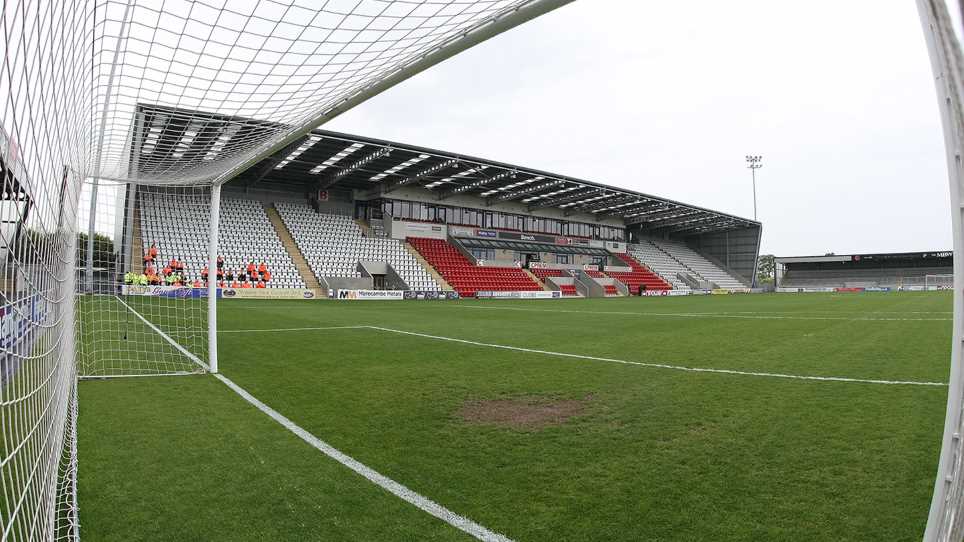 TICKETS NOW ON SALE FOR THE GAME AT MORECAMBE