David Cornell saved a James Vaughan header and the Cobblers keeper denied the Bantams front man again when he was through one on one. Andy Williams had a shot blocked in the first sight at goal for the Cobblers in what was a fairly even start to the contest.

Charlie Goode put the Cobblers in front with 20 minutes on the clock, the Town skipper heading home Joe Martin’s corner. Matt Warburton then had the ball in the back of the net as the Cobblers looked for a quick second but the off-side flag was already up. Clayton Donaldson flicked an effort just wide in a half chance for the hosts created down the left by Harry Pritchard.

The second half started with a trio of Bradford corners, the home side on the offensive in search of an equaliser. Having seen off that spell of pressure the Cobblers then made their first change of the afternoon with Vadaine Oliver on for Williams.

Paudie O’Connor flashed a header wide from another Bantams corner before Warburton made way for Billy Waters with Zeli Ismail and Callum Cooke on in a double change for the home side.

Some last-ditch defending from Joe Martin denied Clayton Donaldson an equaliser as Bradford kept up the momentum but the Cobblers went close to a second when a looping header from Oliver was well tipped over by O’Donnell.

The equaliser Bradford had been threatening came on 77 minutes, Clayton Donaldson getting the final touch to Zeli Ismail’s driven cross. Donaldson then had a chance to put the home side in front only to drag his shot wide.

O’Donnell pulled off another top save to deny Oliver but with only a couple of minutes of normal time remaining Bradford took the lead, Paudie O’Connor scoring on the follow-up after an excellent initial save from Cornell.

Zeli Ismail was shown a second yellow card in stoppage time but the home side held out to claim the victory.

We have been allocated an initial 706 East Stand tickets for this game priced as follows:

Adult prices increase to £25 on matchday.

To qualify for an OAP or student ticket, you must be aged 60 or over or a student in full time education with a valid ID.

Disabled fans will pay the appropriate age related price. If a disabled supporter is in receipt of DLA at the higher level or middle rate for mobility, they are entitled to one free carer ticket.

Advanced ticket sales will end at 3pm on Friday (September 6th) and any tickets not collected will be taken to the game for collection on arrival. All collections on the day will be from South Parade. Please head for the club shop and use the steps opposite that lead to some glass doors.

Disabled parking at Bradford is available around the stadium, please clearly display a blue badge if using these spaces. 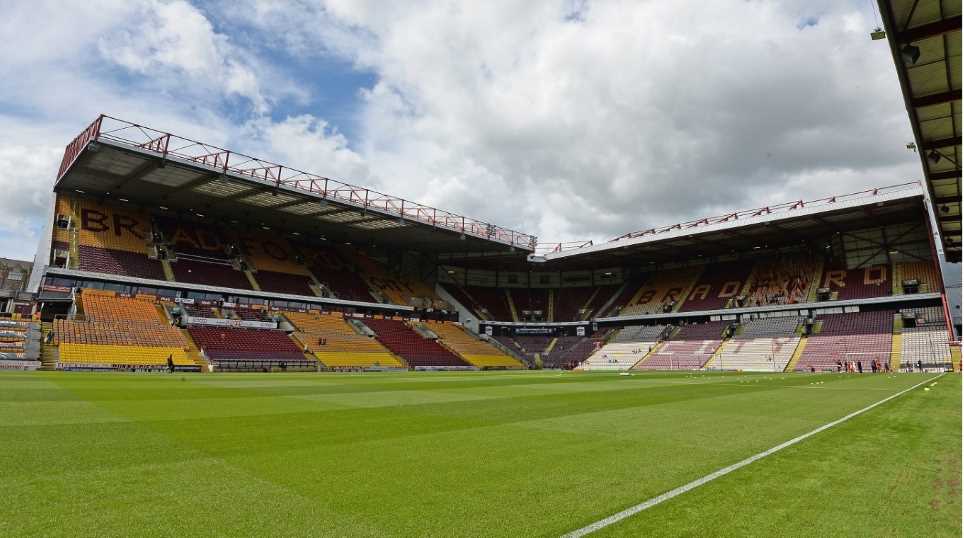