Sent off:
Cobblers: none
Salford: none

Alan McCormack, Chris Lines, Andy Williams, Michael Harriman and Billy Waters came into the side as Keith Curle made five changes for EFL newcomers Salford City’s first ever visit to the PTS Academy Stadium while after re-signing for the club on Friday, winger Paul Anderson was named on the bench. Vadaine Oliver was also amongst the substitutes having had his red card at Scunthorpe overturned on appeal.

Waters fired over on the half-volley and Kyle Letheren saved a Lines header as the Cobblers started brightly. Sam Hoskins also went close with a shot just wide having earlier seen an effort blocked.

Salford started to grow into the game and it needed a smart low save from David Cornell to deny Adam Rooney the opening goal.

Sam Hoskins broke the deadlock from the penalty spot ten minutes before half-time after Charlie Goode was tripped, Hoskins keeping his cool to find the bottom corner.

A dipping free-kick from Ibou Touray went over the bar in a fragmented start to the second half. A dangerous cross from Touray then just evaded an onrushing Rooney in front of goal before the same player headed wide with the visitors pressing for an equaliser.

Jordan Turnbull doubled the Cobblers lead midway through the second half following a well-worked free-kick, taken by Nicky Adams and headed back across goal by Andy Williams who himself nearly made it three moments later with a lob that went over the bar.

The Cobblers were looking to put the game to bed and Letheren made a fine save to turn behind a sumptuous free-kick from Adams before Paul Anderson, on for his second debut, volleyed just over with his first touch. Seven minutes of stoppage time were then comfortably seen out as the Cobblers collected all three points.

Tickets for Saturday's game against Salford City at the PTS Academy Stadium (3pm kick off) are now on sale from the ticket office and ntfcdirect.co.uk

Please note that season tickets and other match tickets are also on sale, but for the hour before kick off the ticket office will be selling Salford City match tickets only. We are expected to be very busy so if collecting tickets, please arrive early! 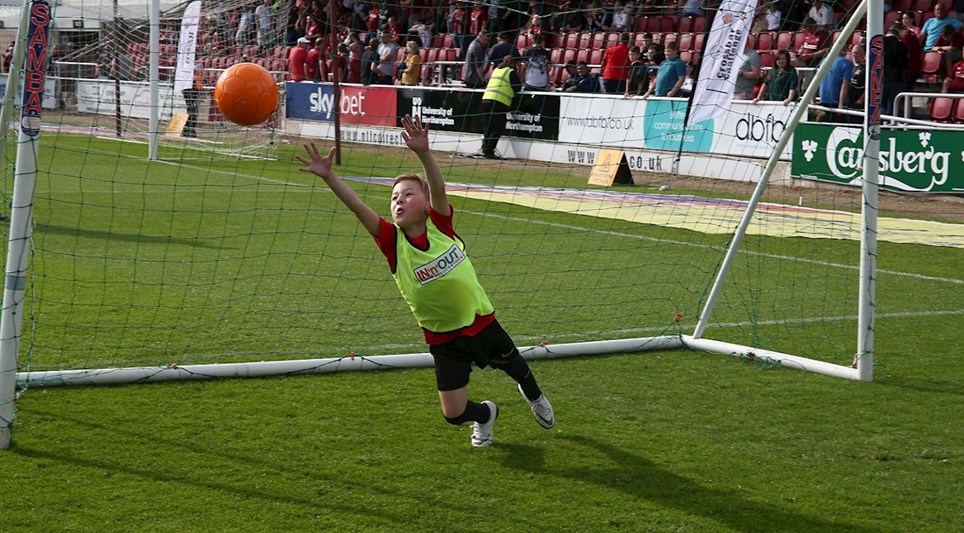 MORE LOCAL TEAMS JOINING US FOR A MATCHDAY EXPERIENCE ON SATURDAY


We are looking forward to a busy day of matchday experiences when Salford City visit the PTS Academy Stadium on Saturday (3.00pm kick off). 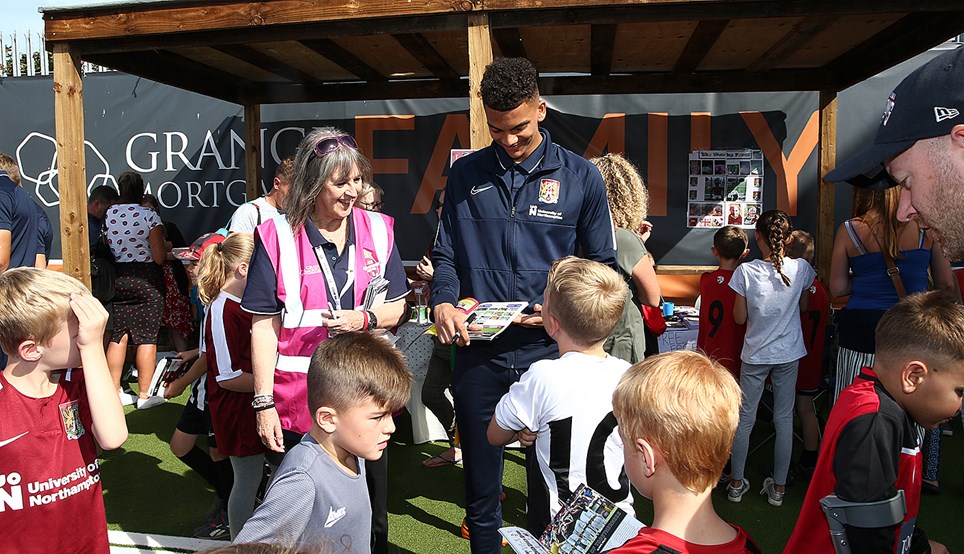 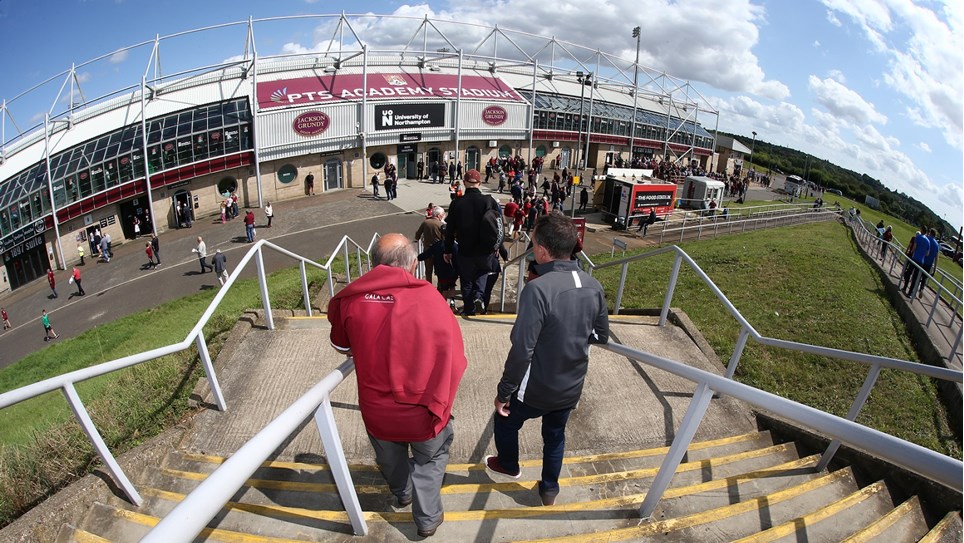 
Tickets for Saturday's game against Salford City at the PTS Academy Stadium (3pm kick off) are now on sale from the ticket office and ntfcdirect.co.uk