Scott Pollock (foot) and Shaun McWilliams (illness) were both missing from the trip to Oldham Athletic as the Cobblers looked to make it four wins from four games. Chris Lines and Matt Warburton came into the side with the fit again Egli Kaja named on the bench.

It was a wet and gloomy early November afternoon in Greater Manchester as the game got underway. The Cobblers started brightly with Warburton seeing a shot from 20-yards turned behind by Zeus de la Paz.

Matt Warburton wasn’t to be denied a second time though and the former Stockport man opened the scoring on 6 minutes, his first ever league goal a tap in from close range after Chris Lines' initial effort from a Nicky Adams corner came back off the post.

Filipe Morais headed wide and Jonny Smith found the side netting as the home side looked to respond. Morais looked a threat and he curled a shot just over the bar after an initial save from David Cornell, Chris Eagles having also seen an effort well blocked inside the area.

The Cobblers had a chance to double their lead before half-time but the cross bar denied Warburton his second goal of the afternoon, meaning there was still only one goal in it as the teams left the field for half-time.

Chris McCann had a shot blocked in the opening exchanges of the second half and it needed a vital interception from Scott Wharton to deny Desire Segbe Azankpo a chance inside the six-yard box.

Goalscorer Warburton fired over and Andy Williams, on for Paul Anderson, shot wide from the edge of the area with just over fifteen minutes to play.

Andy Williams made it 2-0 on 80 minutes, the substitute with a terrific turn and shot into the top corner after being played in by Lines.

Latics substitute Scott Wilson pulled a goal back to set up a tense last few minutes and the home side were back on terms when Jonny Smith’s cross/shot was cruelly deflected past Cornell.

Unsurprisingly those two goals lifted the home fans and a nervy six minutes of stoppage time followed before the referee blew for full-time and the points were shared.

We have been allocated an initial 600 reserved seating tickets for this game with advanced tickets priced as follows:

The matchday prices are as follows

Supporters should please note that the wheelchair section is ground level in front of the stand and is uncovered.

All advanced sales will end at 4pm on Friday and any tickets purchased but not collected will be taken to the game for collection on arrival.

The Chadderton Road End away stand can hold up to 3,500 supporters and is an unreserved, covered, all-seating stand.

Supporters looking to pay on arrival should please note that cash on the turnstile will not be available, and tickets can only be purchased via the Ticket Office (cash or card).

Oldham say that away fans are advised to park in the Elk Mill Retail Park car park which is a short 5 minute walk from Boundary Park and there is no charge for parking here as long as you do not park in front of the DW Sport Gym as you can only park here for two hours.

There is no facility for away fans to park on site except limited availability for disabled supporters where they have 5 accessible bays marked out next to the Chadderton Road End in the North Stand car park.

These spaces are available for pre-bookings before the match and can be booked up until 4pm the day before the game.

There is a £5 charge that can only be paid over the phone and then the away supporters name and details will be issued to the Car Park attendant for them to allow them access.

Any remaining spaces on the day are issued on a first-come, first-served basis where the £5 charge still applies. 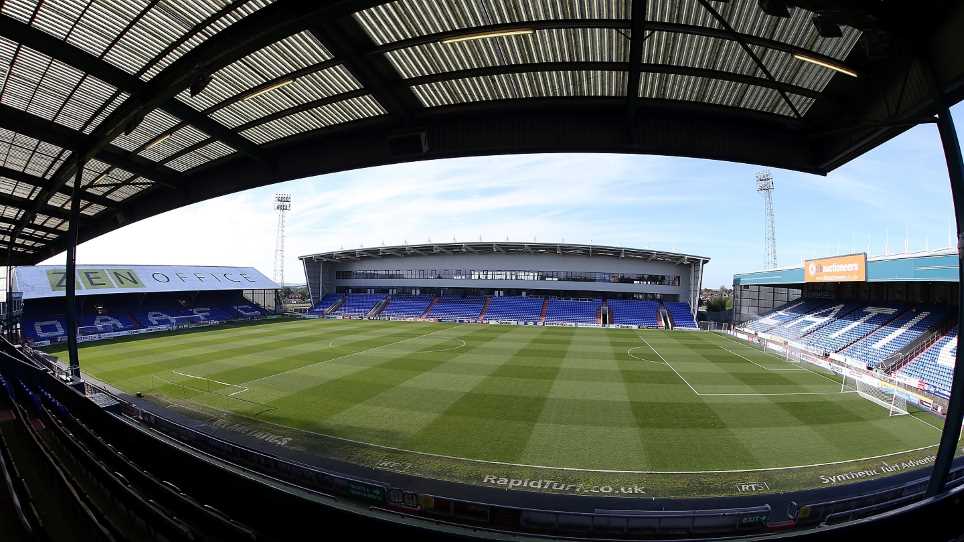