With ten games to go and the Cobblers in the play-off places heading into the season run-in, boss Keith Curle named an unchanged side for the visit of Mansfield.

Following advice from the EFL on Friday there were no traditional pre-match handshakes due to the Coronavirus outbreak.

Aidan Stone saved an early Nicky Adams free-kick but after a bright start for the Cobblers came a big potential turning point when Mansfield were awarded a penalty after Sam Hoskins brought down Harry Charsley. Hoskins was shown a straight red card and Danny Rose tucked away the spot kick to put the Stags in front.

A well-timed tackle from Alan McCormack halted the advancing run of Nicky Maynard as Mansfield looked to make the most of their numerical advantage and it needed a terrific double save from Steve Arnold and follow-up goal line clearance from Charlie Goode to prevent the Stags doubling their lead.

Vadaine Oliver went close to an equaliser with an audacious overhead kick in first half stoppage time, the Cobblers still very much in the contest despite being down to ten men.

Harry Smith replaced Mark Marshall at half-time in an attacking change from Curle, Smith back in action for the first time since suffering ankle ligament damage in the game at Crawley on Boxing Day.

The Cobblers started the second half brightly and had a huge shout for a penalty turned down when Neal Bishop challenged Scott Wharton while a header from Smith back across goal just eluded the on-rushing Oliver and Callum Morton.

Willem Tomlinson went close from an acute angle and Smith fired over before Alan McCormack, having been booked, made way for Lloyd Jones.

Jones had a header tipped over by Stone as the Cobblers forced a couple of corners in quick succession but they were nearly punished on the break when CJ Hamilton shot into the side netting.

It was a warning sign for the Cobblers who were committing players forward as they had to do and Mansfield doubled their lead following another breakaway, Willem Tomlinson keeping his cool to finish one-on-one with Arnold.

The Cobblers had battled hard with ten men and pulled a goal back deep in stoppage time through a Harry Smith header but Mansfield claimed the three points.

Tickets for Saturday's game against Mansfield Town at the PTS Academy Stadium (3pm kick off) are now on sale from the ticket office and ntfcdirect.co.uk

Please note that other match tickets are also on sale, but for the hour before kick off the ticket office will be selling Mansfield Town match tickets only. We are expected to be very busy so if collecting tickets, please arrive early!

A win isn't the only aim on Saturday, making sure everyone goes home safe is the most important result. 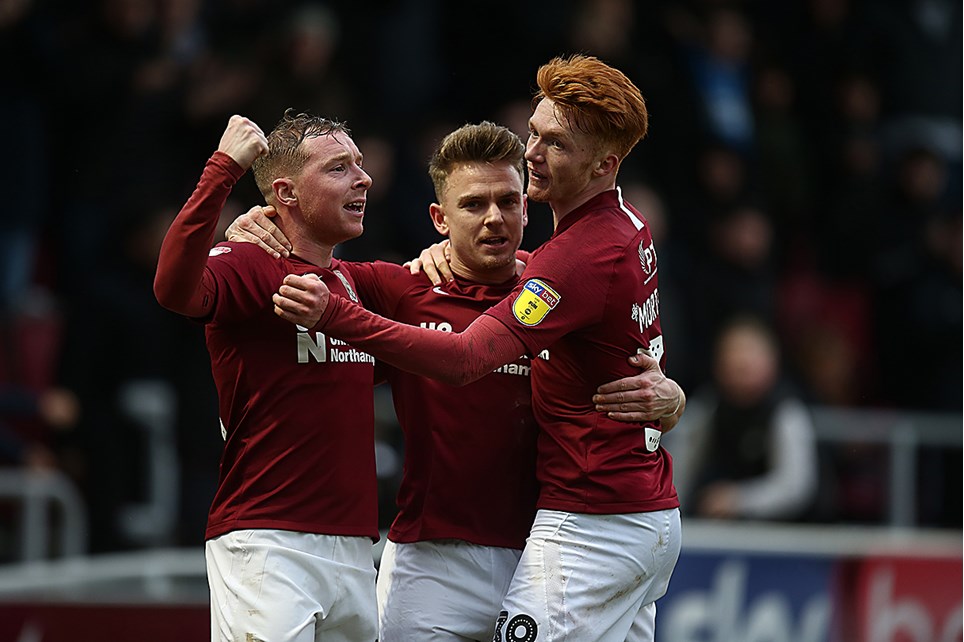 
There is another huge game at the PTS Academy Stadium on Saturday when Northampton Town welcome Mansfield Town (3.00pm kick off) and tickets are now on sale from the ticket office and...