Scott Pollock came into the side in place of Andy Williams in the only change made by boss Keith Curle for the New Year’s Day fixture with Stevenage, who were dealt a blow in the warm-up when their captain Scott Cuthbert picked up an injury and had to be replaced in the starting line-up by Chris Stokes.

Vadaine Oliver had an early header saved by Paul Farman with the Stevenage stopper also saving a header from Charlie Goode in the opening ten minutes, both chances created by Nicky Adams.

Ben Kennedy drew a good save from David Cornell before Farman was again called upon to tip over another header from Oliver. Goode’s header from the subsequent corner was also saved with Farman also making a smart low save to tip away a shot from Sam Hoskins.

The Cobblers were creating chances but it was Stevenage who almost went in front on 32 minutes, Kennedy hitting the cross bar with a powerful strike from just outside the area.

Andy Williams and Chris Lines replaced Michael Harriman and Scott Pollock in a double change from Keith Curle at half-time.

Michael Timlin cracked a shot just wide as Ryan Watson made way for Matt Warburton in the Cobblers final change. There was then a chance for Williams but he couldn’t keep his shot down and the score remained goalless.

Oliver went desperately close to breaking the deadlock with a header while the dangerous Kennedy saw a shot tipped over by Cornell.

With the 90 minutes nearly up Goode headed against the post from an Adams corner before it needed an important challenge from Scott Wharton to deny Kennedy a shooting opportunity in stoppage time.

It looked like it was going to finish 0-0 but the Cobblers and Andy Williams had other ideas and after cutting inside Williams produced a fine finish to seal all three points and start 2020 in the best way possible.

Tickets for the New Year's Day game against Stevenage at the PTS Academy Stadium (3pm kick off) are now on sale from the ticket office and ntfcdirect.co.uk

On New Year's Day, please visit the main ticket office if you are looking to purchase tickets on arrival.

Please note that season tickets and other match tickets are also on sale, but for the hour before kick off the ticket office will be selling Stevenage match tickets only. We are expected to be very busy so if collecting tickets, please arrive early!

A win isn't the only aim on New Year's Day, making sure everyone goes home safe is the most important result. 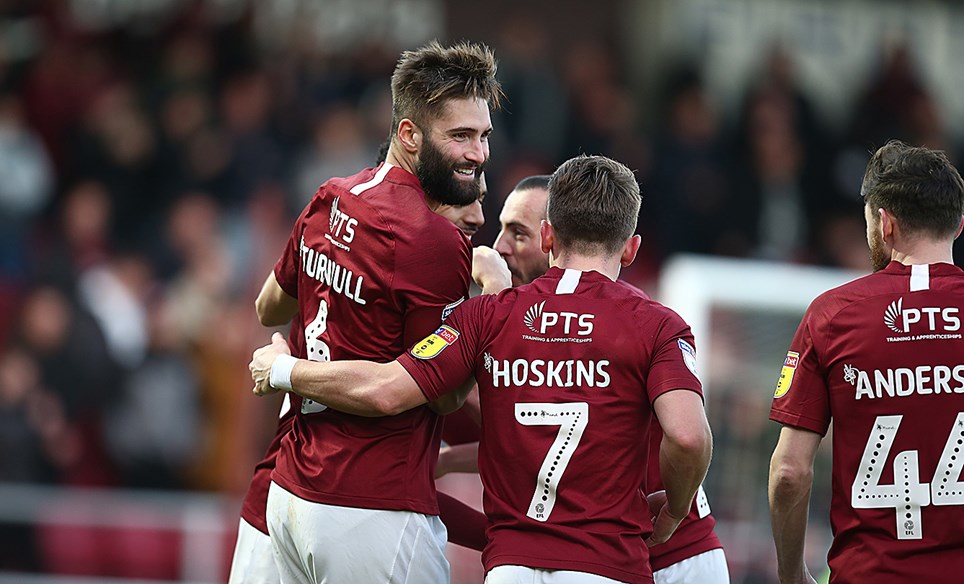 TICKET DETAILS FOR THE NEW YEAR'S DAY GAME WITH STEVENAGE


Tickets for the New Year's Day game against Stevenage at the PTS Academy Stadium (3pm kick off) are now on sale from the ticket office and ntfcdirect.co.uk