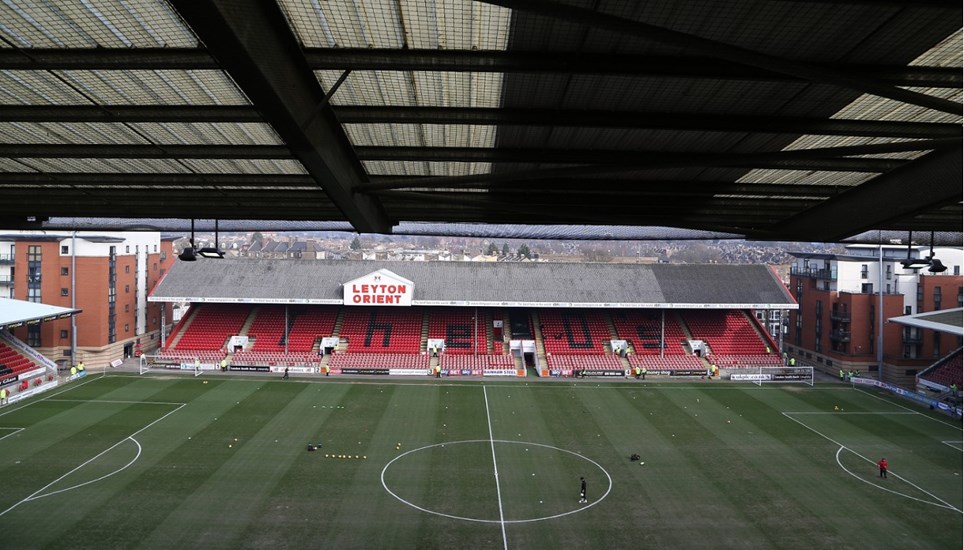 
Northampton Town's Sky Bet League 2 trip to Leyton Orient has been re-scheduled for Tuesday January 21st with a 7.45pm kick off.

Matt Warburton and Michael Harriman came into the side as boss Keith Curle made two changes for the midweek trip to Leyton Orient. Andy Williams and Sam Hoskins dropped to the bench where they were joined for the first time by Ethan Johnston, a 17-year old striker from the club’s Football & Education programme.

Paul Anderson and Ryan Watson both had shots comfortably saved early on before Warburton struck the post with Nicky Adams and Vadaine Oliver seeing their follow-up efforts blocked. Scott Wharton then headed on to the roof of the net from an Adams free-kick in a good spell for the Cobblers.

The Cobblers made the breakthrough with half-time approaching, Ryan Watson finding the top corner with an emphatic strike from 15 yards. Ouss Cisse was then shown a yellow card for a late, high challenge on Anderson.

Wharton made a vital interception to prevent Cisse getting a shot away inside the area as Orient pressed forward in search of an equaliser in the second half.

Charlie Goode was another to make a terrific block to keep out what looked like a certain goal for Marvin Ekpiteta and Cornell did well to save a deflected effort from O’s substitute James Dayton.

Josh Wright equalised from the penalty spot after Wharton was penalised for handball although the decision looked harsh with the defender clearly having been pushed. To compound matters Wharton was then shown a red card along with Dayton following a coming together of players after the penalty was scored, both sides having to play out the last few minutes down to ten men.

A finger-tip save from Cornell in stoppage time denied Jordan Maguire-Drew a winner with Wilkinson also seeing a shot saved from the subsequent corner as the home side ended the game strongly. Dan Happe then headed wide in the final chance of the game deep into eight minutes of stoppage time.


Northampton Town's Sky Bet League 2 trip to Leyton Orient has been re-scheduled for Tuesday January 21st with a 7.45pm kick off.

We have been sent an initial 609 unreserved seating tickets for this game.

These are now on sale from the PTS Academy Stadium and ntfcdirect.co.uk priced as follows:

*This category also applies to students, unemployed supporters and current employees of the armed forces or emergency services.

Disabled supporters are charged at the appropriate rate and are entitled to a free ticket for a personal assistant if needed.

We have also been sent 4 pairs of wheelchair and assistant tickets.

Please note advanced sales will end at 4pm on Monday (January 20th). Any tickets purchased online and not collected will be taken to the game for collection on arrival.

SAVE MONEY BY PURCHASING LEYTON ORIENT TICKETS IN ADVANCE